I’m thrilled to present to you another great post by George Schalter – the very same that brought us a list of classic toys to make. Scroll to the end for more about him, but meanwhile, I hope you enjoy these fun ways to accidentally teach kids math by incorporating it into their everyday lives! Disclosure: this post contains affiliate links. 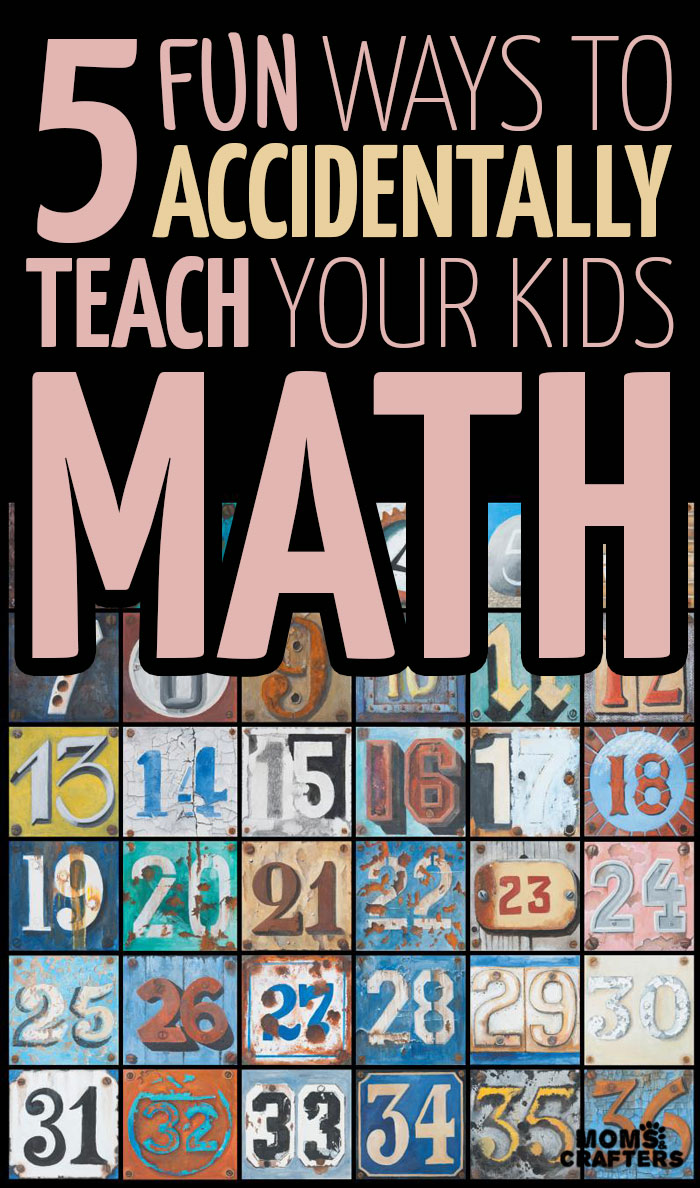 modified from Numbers by Andy Maguire

When our kids were younger we regularly bought picture books. We still have them at home. Someone who came over to our place remarked that we had no math picture books. We were asked if our kids played online math games instead. They do now, but not when they were younger. What we had done instead was talk math with our kids – right from the beginning. We were not trying to get our kids to be mathematicians, we just wanted them to be comfortable with the language of math when it would be introduced at school.

Every time a parent asks a kid if they want ‘one or two’, we are helping them get familiar with numbers. Drinking up half a glass of milk or eating a slice of pizza is math. When kids help out with cooking they are routinely exposed to weights and measures. When grandparents check their height every so many months once and exclaim over the addition in height even if it’s one centimeter, it’s math. Give the kids cookies and ask them to divide it up equally, that’s math again.

Ask questions like – I gave you 4 cookies. You ate just one. How many are left? If you eat half a boiled egg and Daddy eats the rest, how much does Daddy get? When you and your little one are sitting on individual chairs, around a table with six chairs, ask him how many more people can sit around the table. Give them tasks – ask him to pour out a bottle of juice equally into 4 glasses. Let them guess how many bananas might weigh as much as a bag of apples. Then weigh it and count. The trick is to invite kids to talk ‘math’ and get comfortable.

Most kids like to snack, play and make things, not necessarily in the order I have listed. A lot of our math talk revolved around these three activities. Here’s how we did it:

Batter and dough – these were staples we used for our introduction to math. We made squares, circles and triangles out of pancake batter for breakfast. Cookie dough started off with one shape and morphed as our kids helped their grandmother bake. She even introduced the kids to turning a doughnut into a coffee mug. Most times more dough balls went into young tummies rather than into the oven. Recently we introduced our kids to mathematically delicious hexaflexagon. We don’t need to know all the terms, it’s the fun of seeing food as we know it, morph into something so different, all in the comfort of home.

Kids get tired of walking especially after playing at the park. Inevitably when the little arms would be raised hoping for a shoulder ride home, we would coax them to walk 5 sets of 10 steps. Kids love such challenges (at the beginning at least!) and our kids would finish a set and look back at their slow parents. Occasionally we would walk the same number of steps as them and ask them why we were far ahead of them. While walking we would also give them little bags and encouraged them to collect interesting stones or twigs or even leaves. At the end, we would all count our collection. Not only would this improve counting and give them a sense of numbers, it would also help them understand the concept of fewer and more.

Crafting is a common activity in homes with kids. Cutting and sticking are things which kids love. Get the kids to string beads, but encourage them to have a pattern to the beads they string. Make mobiles of concentric colorful circles of papers. Work with the kids to make a height chart, which will help them in learning about measuring height. Draw up a calendar and write something in the space for the day which went by. Help them fold a cube and mark it like dice. Making a weighing scale and weighing things at home gives them a sense of weights. 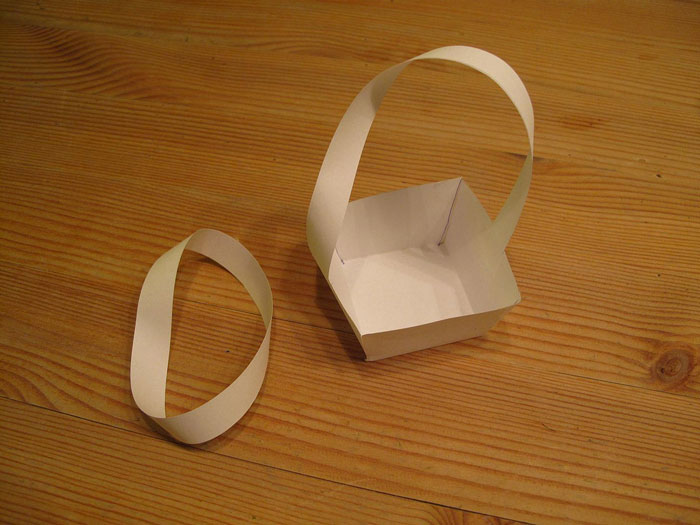 Try these little experiments and see how your child becomes unafraid of anything math. In the process, we end up seeing math where we had never seen before. Have fun!

How do you “accidentally” teach kids math through everyday activities? Comment below!

George Schalter loves being a dad. He and his wife share the joys and responsibilities of bringing up their two children. As believers of good all round education, they spend a lot of time playing with their children and spending time outdoors. As George is the writer in the family, he blogs at Educational Kids Games. 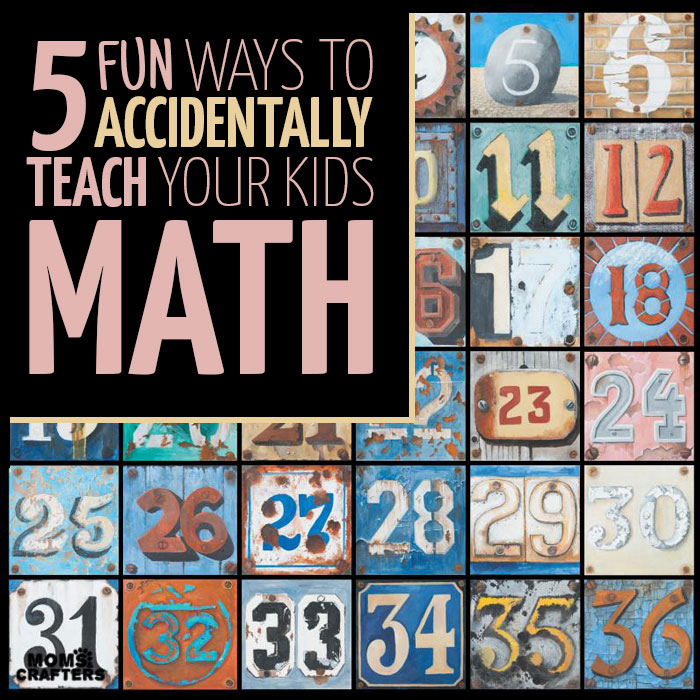 modified from Numbers by Andy Maguire

When my nephews were younger and would get bored on long car rides, I tell them to count all of the red cars, and I would count the black ones to see who "wins." Of course, I made sure they always won. This is also a good way to teach ideas like playing fairly and setting guidelines such as : Is a pick-up truck a car? or Can we change the rules just because we are losing?

I need of the things I do with my kids at the grocery store is count the fruit while putting it in the plastic bags. I also ask how much all of our fruit will cost. These are all great ideas you gave!