Isn’t this DIY felt covered notebook adorable? I saw something similar in Target the other day, and thought “I can make that!” Spoken like a true crafter. 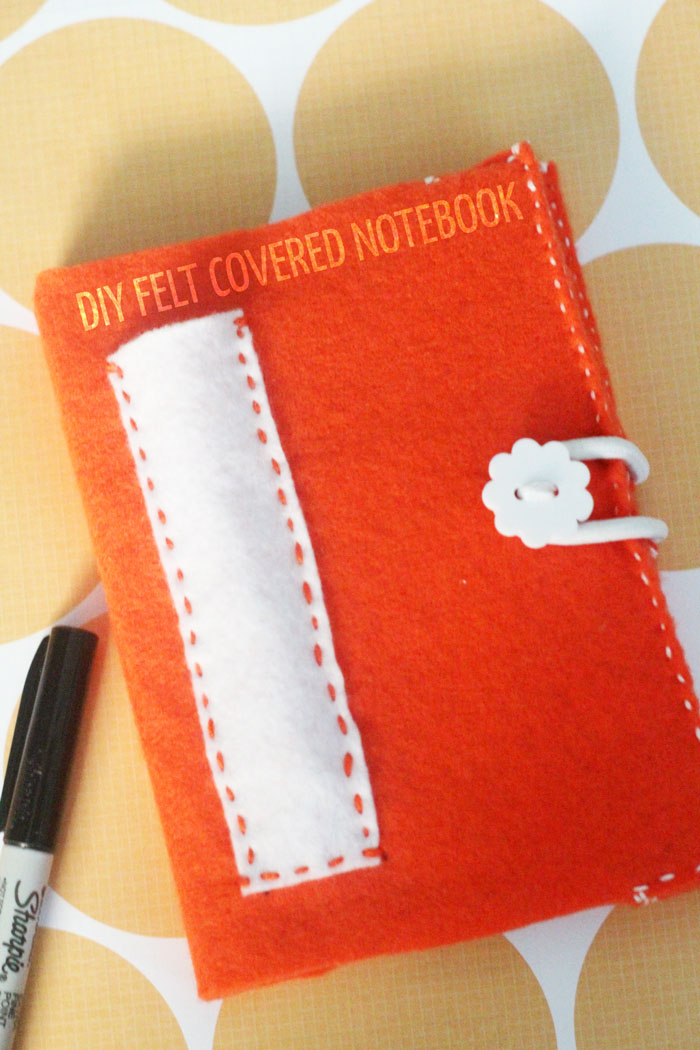 To tell you the truth, with such a complex craft you CAN just buy it – but you’ll miss out on all the fun! This felt covered notebook has lots of repetitive movements, but does not require lots of attention. That makes it a great “waiting room” craft – something you can pack in a bag to finish while waiting on line.

I hand sewed it, giving it a fun, imperfect touch. It really doesn’t require lots of sewing skill. It’s perfect for total beginners too! And, of course, you don’t even need a machine. 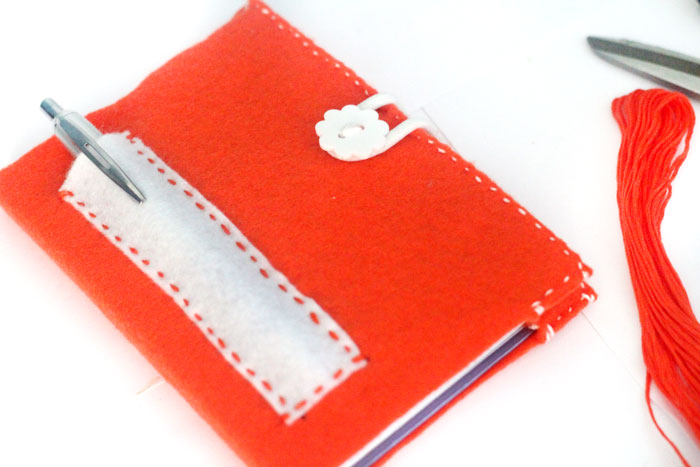 The felt cover can easily be removed, though it’s firm enough not to come off on its own. If you want it to be permanent, you can definitely secure it in place with a little bit of glue.

It was cute before I put the pen pocket, and it’s cute with. You can try it with a little embroidery, sew a strap with a buttonhole instead of using the elastic, use buttons or beads to embellish, or make a fun-shaped fabric applique. The possibilities are truly endless. 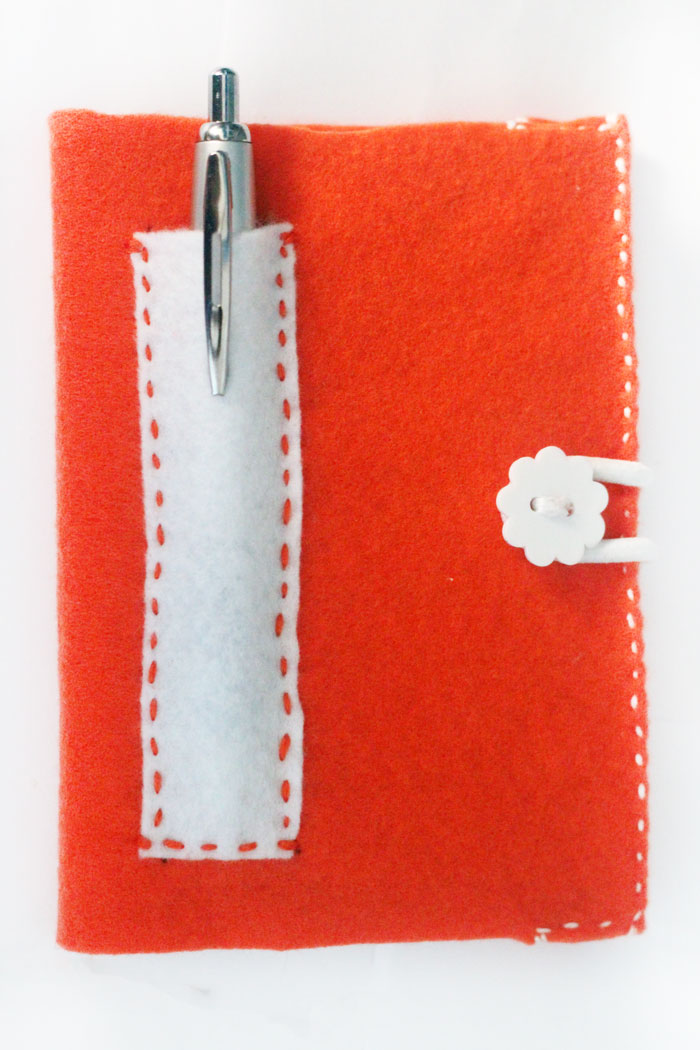 WHAT YOU NEED TO MAKE A FELT COVERED NOTEBOOK:

(Disclaimer: Affiliate links are included for your convenience.)

HOW TO MAKE A FELT COVERED NOTEBOOK:

1. Measure your felt and trim it to size. It should cover the notebook closed, plus at least an inch in each direction. The top and bottom should be slightly larger than the notebook. 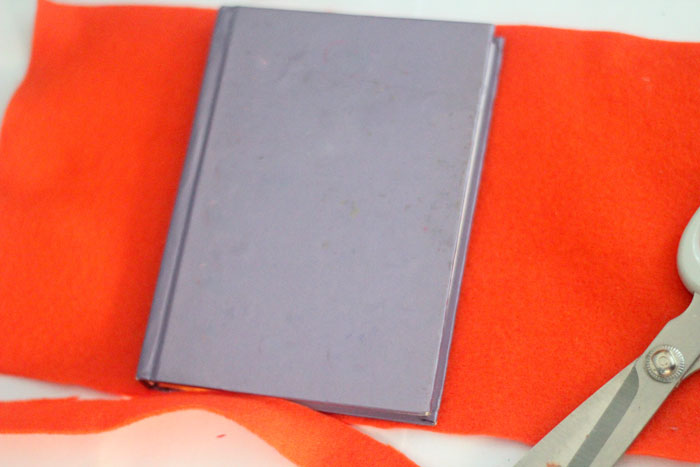 2. Center the notebook on the felt, and close it. Fold in the overlap on both the front and back covers, and pin it in place. 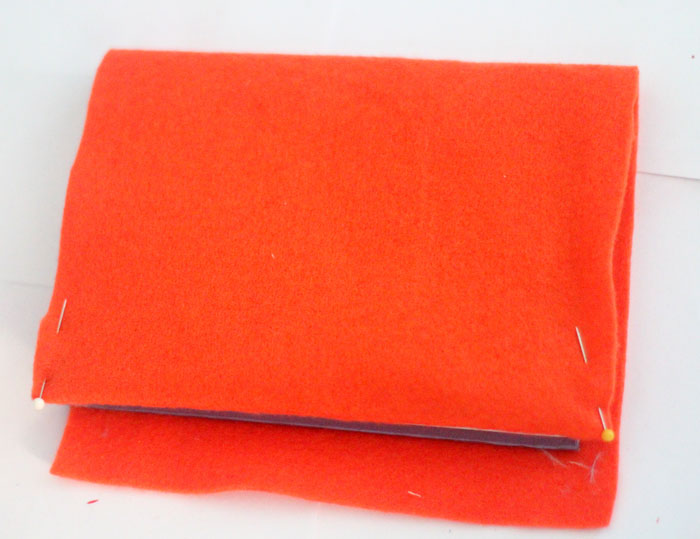 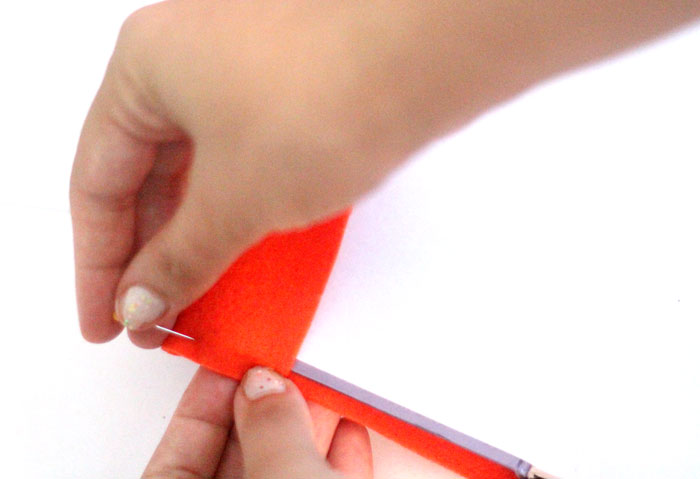 3. Remove the cover from the notebook. Prepare your needle and start sewing. 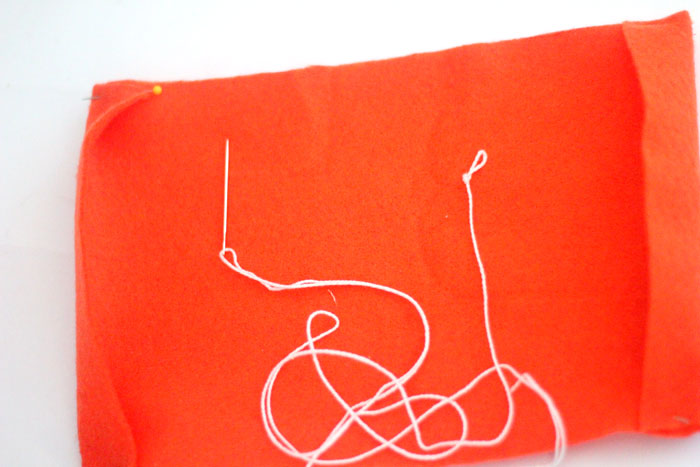 4. Begin by sewing a few stitches to seal the short open edge of one of the flaps. Start from inside the flap, and bring it up through the flap. Bring it around to the back (the front of the cover) and back up through both layers. Do this twice. 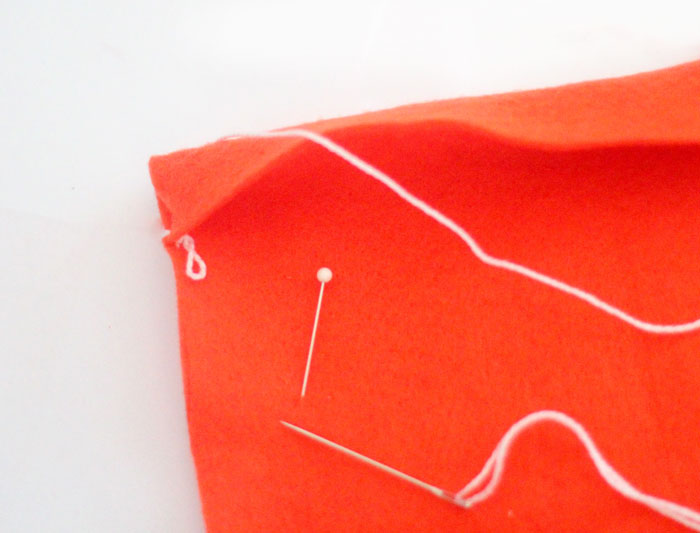 5. Begin sewing in and out stitches along the short edge. 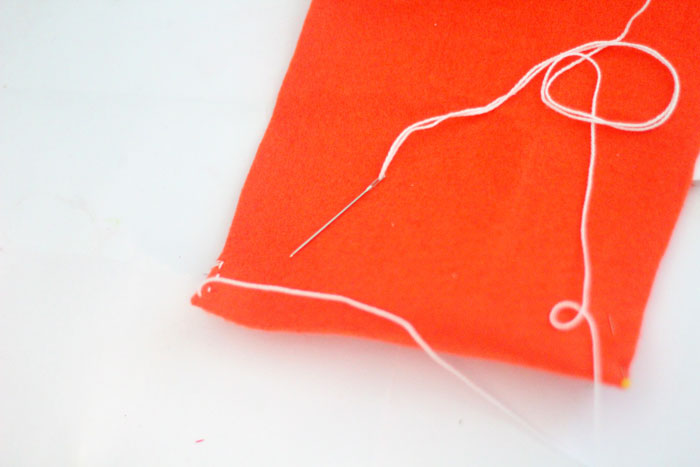 6. When you are ready to turn the corner and sew along the fold, repeat step 4. You’ll do this every time you turn a corner. 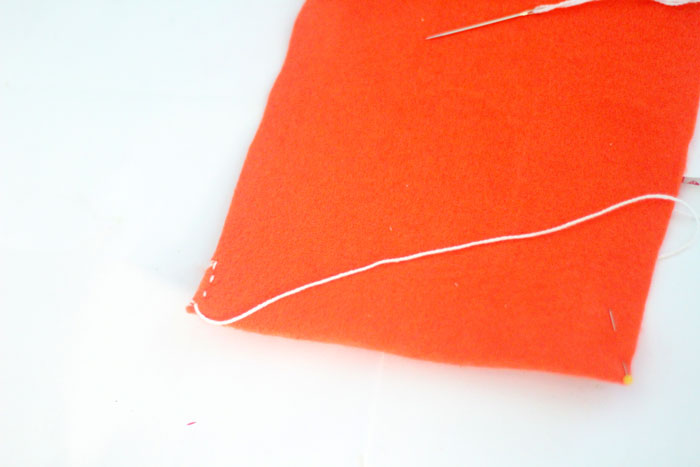 7. Keep sewing in and out stitches along the folded side. Don’t do it too deep in, or your cover won’t fit. 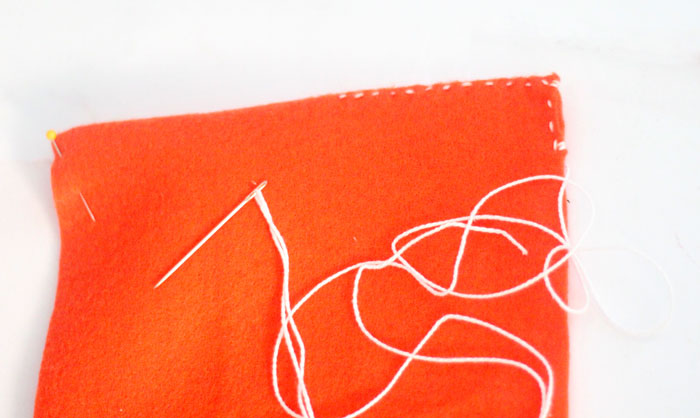 8. Finish off your thread by knotting and snipping. You now have a little pocket on one side for the front cover of your notebook. 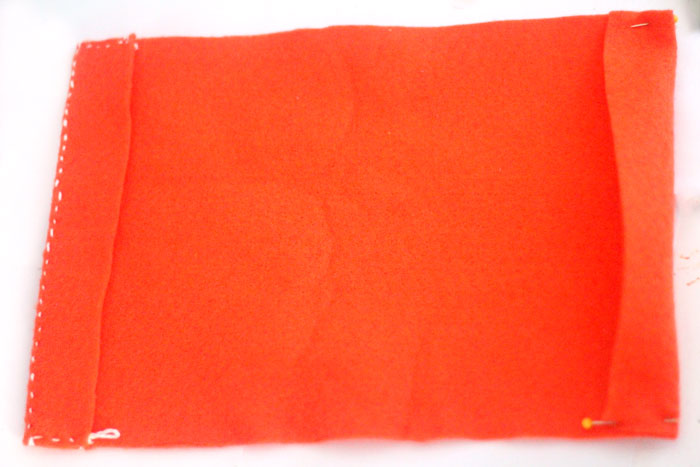 This is how it looks on the outside: 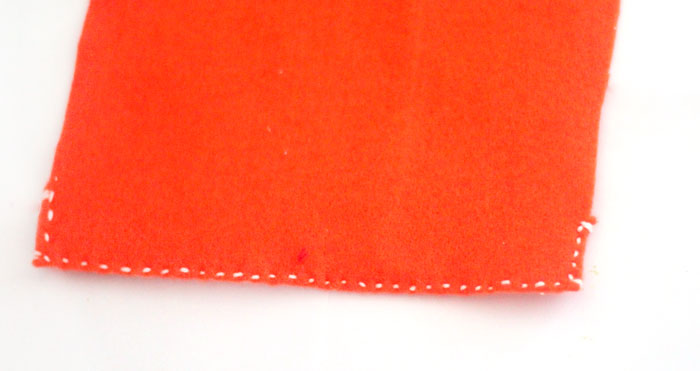 9. On the back cover flap, you’ll be putting an elastic. Cut a small notch into the fold that will fit your elastic. 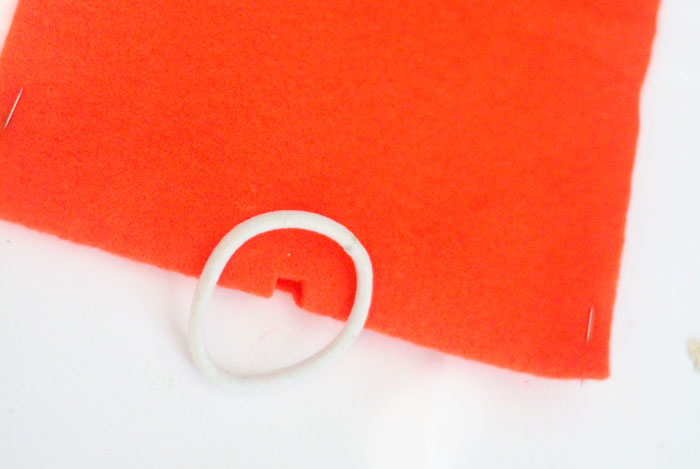 10. Sew the back cover flap as you did the first. But, when you get to the notch you cut, slip in the elastic so that the glued part is hidden. Make a few stitches through the elastic and both layers of felt to secure it. 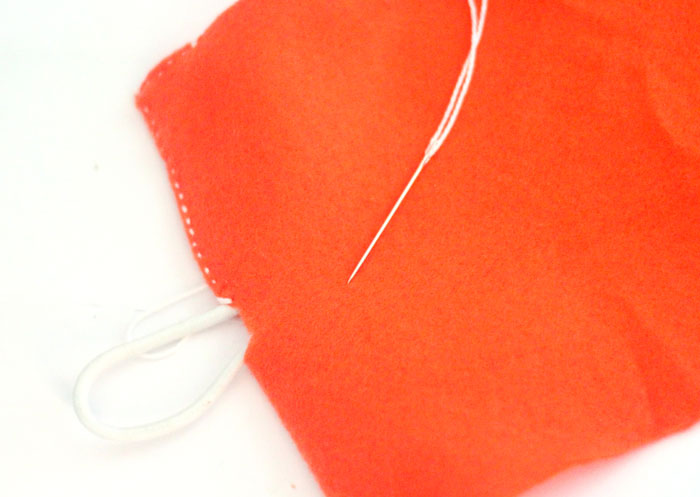 11. Sew around the notch you made to seal it. Finish of that area by sewing through the elastic and felt a few times. 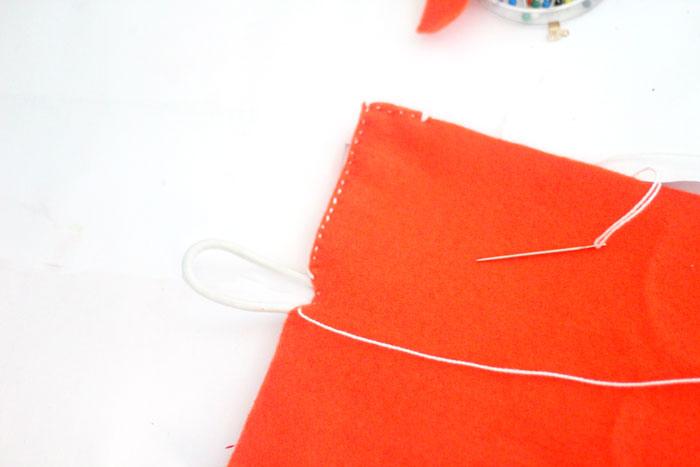 12. Finish sewing the back cover side of your cover as you did the front. 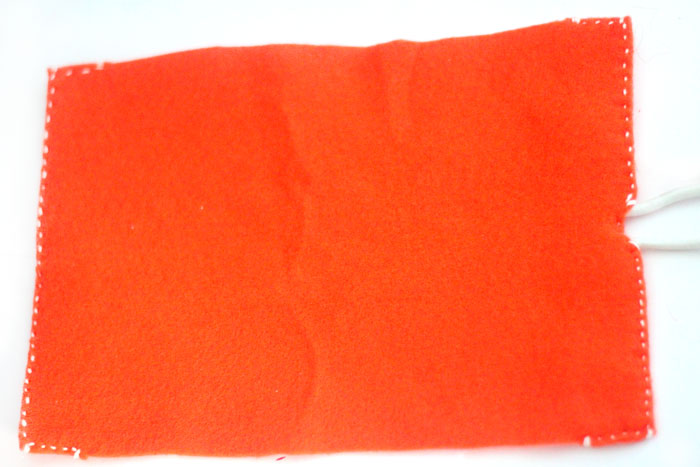 13. Time to sew on your button! Begin by placing your cover onto the notebook, and marking where the button should be. 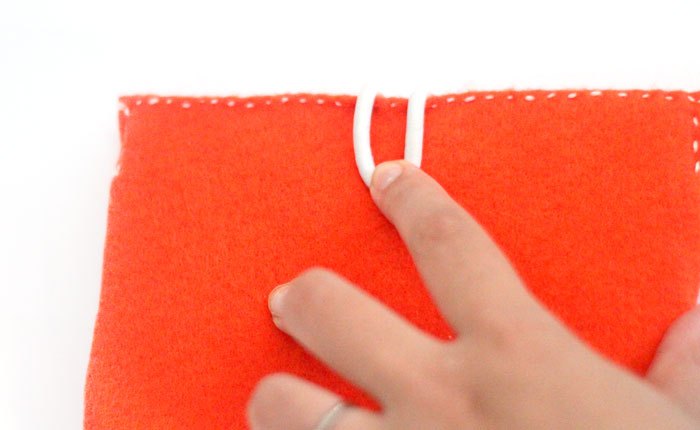 14. Then sew it in place, being sure not to sew the flap that holds the cover shut. Only sew through the outside layer. 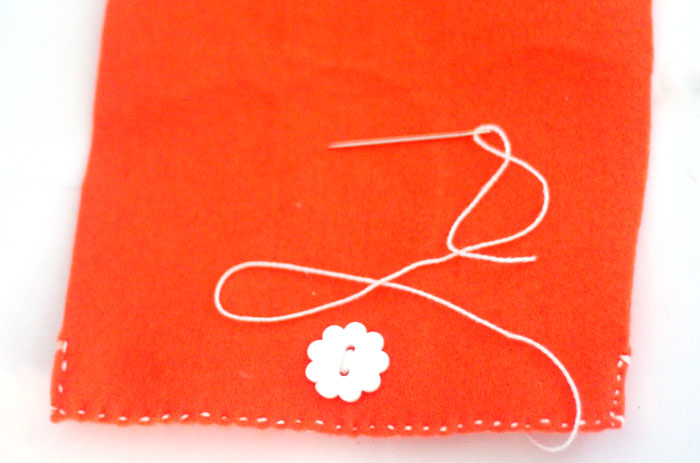 You now have an extremely adorable felt covered notebook to keep or to gift! 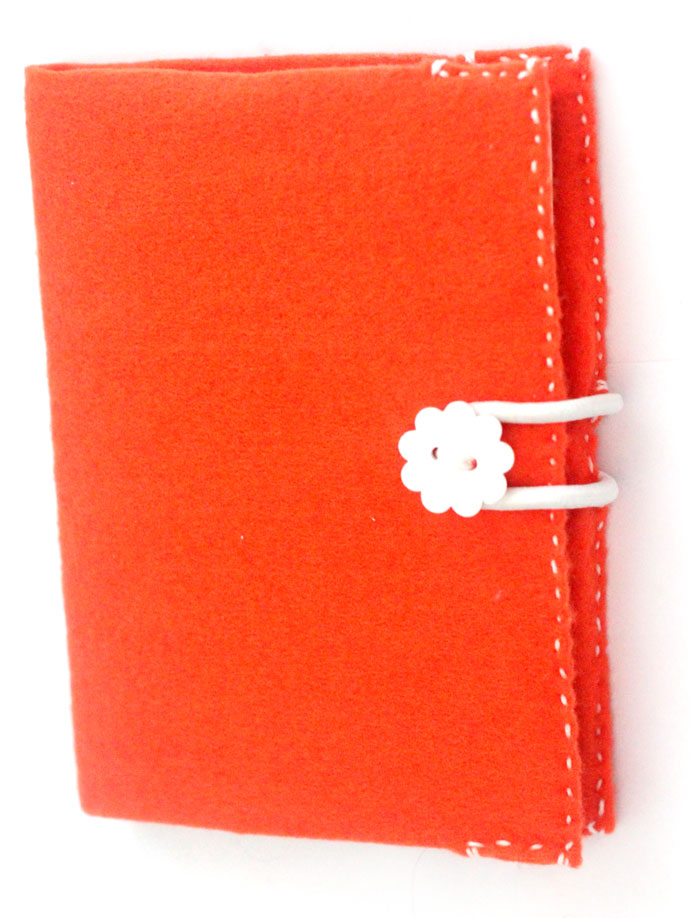 If you’d like to dress it up at this point, plan out your designs when the felt cover is on the notebook. Mark where everything goes, or even secure it in place with pins. 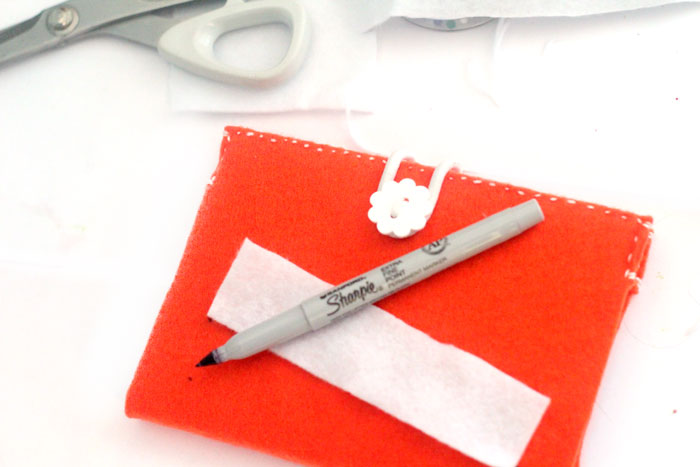 Then take it off to sew it in place. 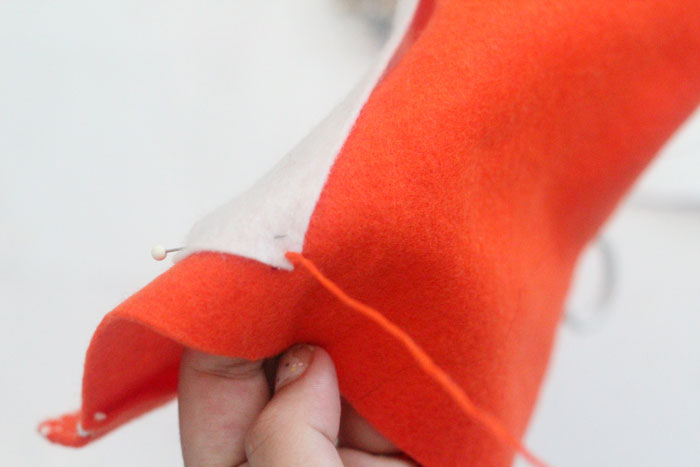 I made a pen pocket. Isn’t it cute? 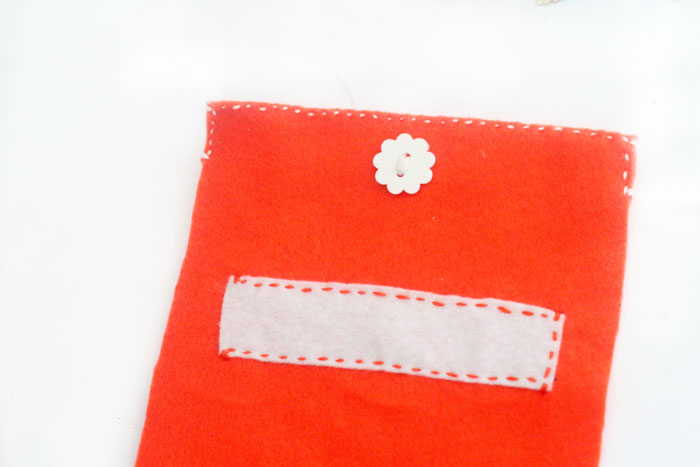 Place your cover back on, and you have a personal, and ADORABLE felt covered notebook. 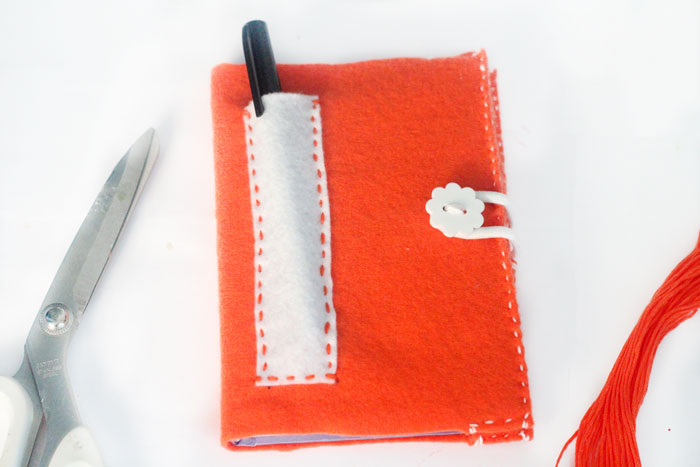 If you want the cover to be permanent, glue it on using a hot glue gun or tacky glue. If you don’t glue it, you’ll be able to transfer it to the next notebook once this one is full. 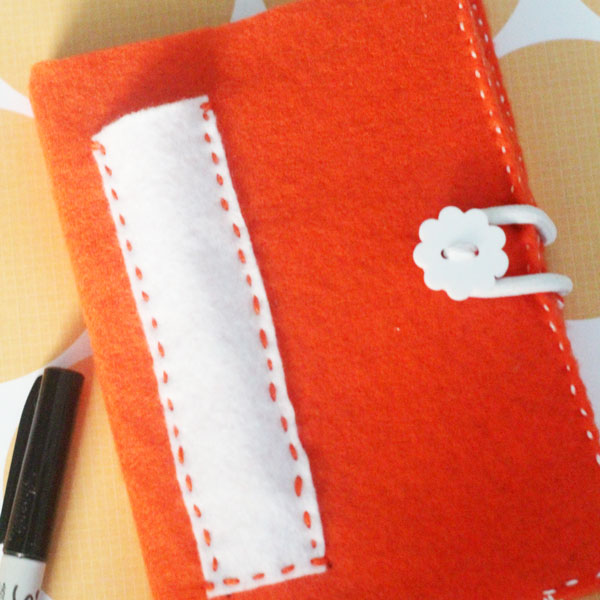 So simple and cute! I'm going to definitely make time to do a couple of these for my notebooks.

Thank you Diana! It's worth it - I think I'm going to do another one for my new blog planner I bought today ;)