Make this adorable origami bus – it’s super easy and the perfect beginner origami craft to try! For a more functional back to school craft, try this LEGO backpack I made for M. Disclosure: this post contains affiliate links.

I made this origami school bus as part of a separate project, but decided that it deserves its own tutorial.

You can use it to embellish any back to school craft, throw a school bus party, or to delight a bus-obsessed child any day of the year! 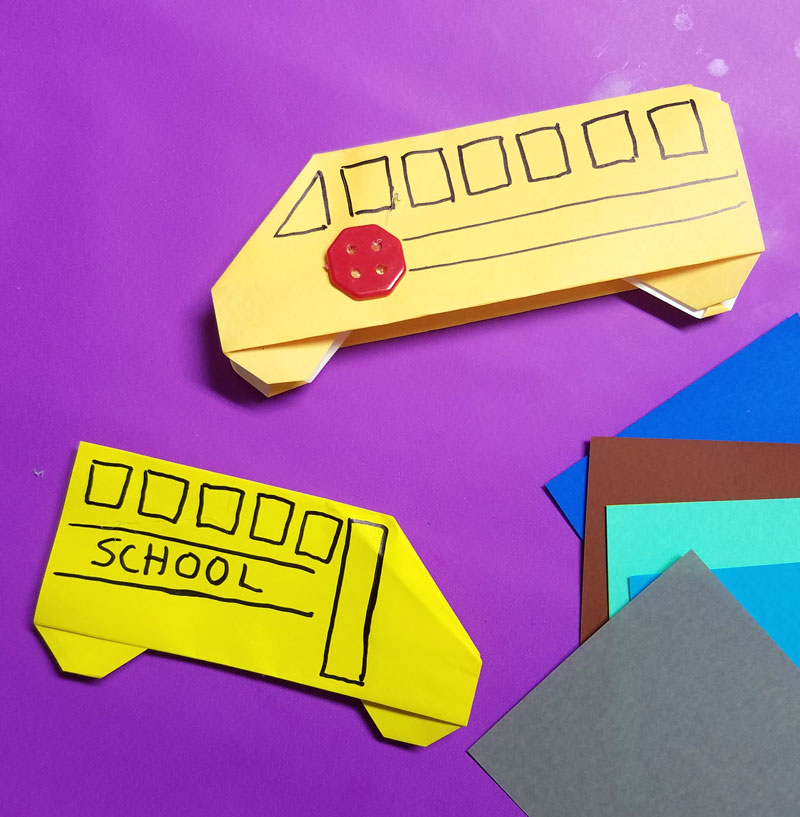 Use your Origami bus on a thank you card for the bus driver, on a lunch box note, or even to embellish a first day of school photo frame!

Any child who’s capable of following basic instructions can create this – it’s pretty much as simple as Origami gets. 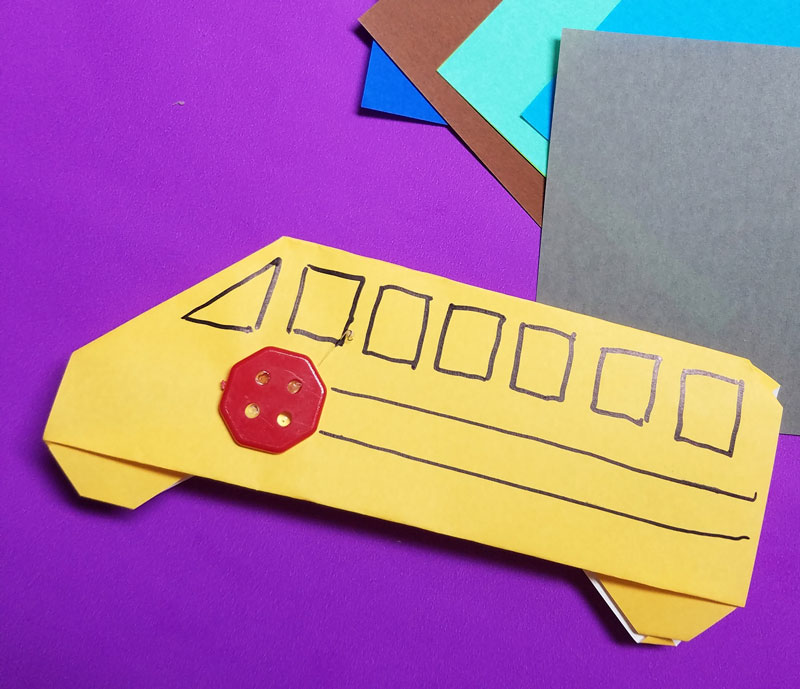 You can add black paper squares for the windows or color them in. I had this red octagon button among my craft supplies so I had fun gluing that on. 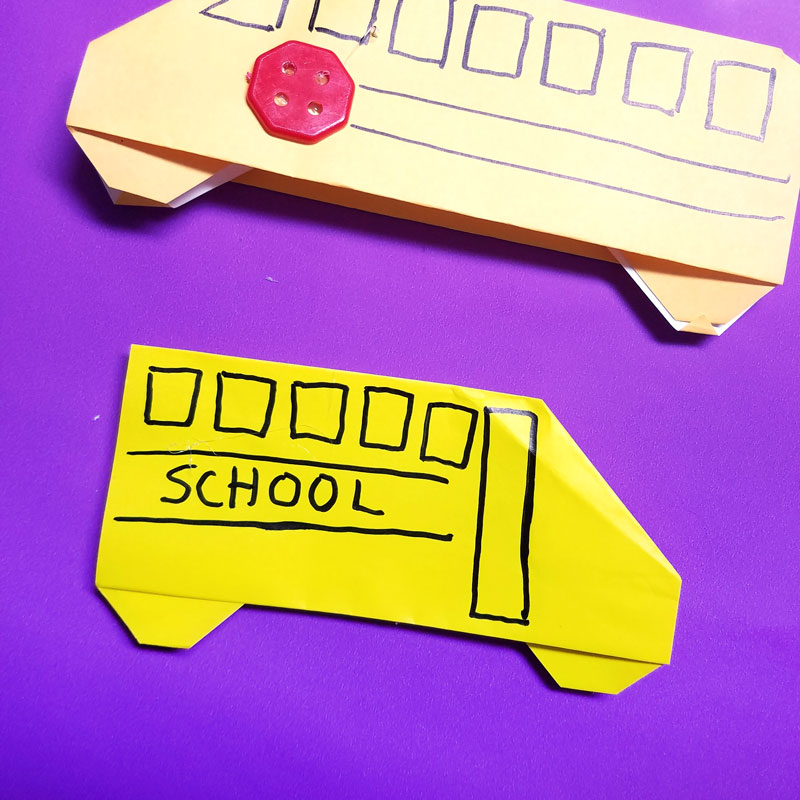 I’ll be the first to admit: I completely suck at Origami.

I’ve done countless of “easy” level Origami projects only to end up with a pile of discarded papers. So when I say it’s easy, I mean MY kind of easy. I sat down and made four of them to embellish our back to school photo frames. 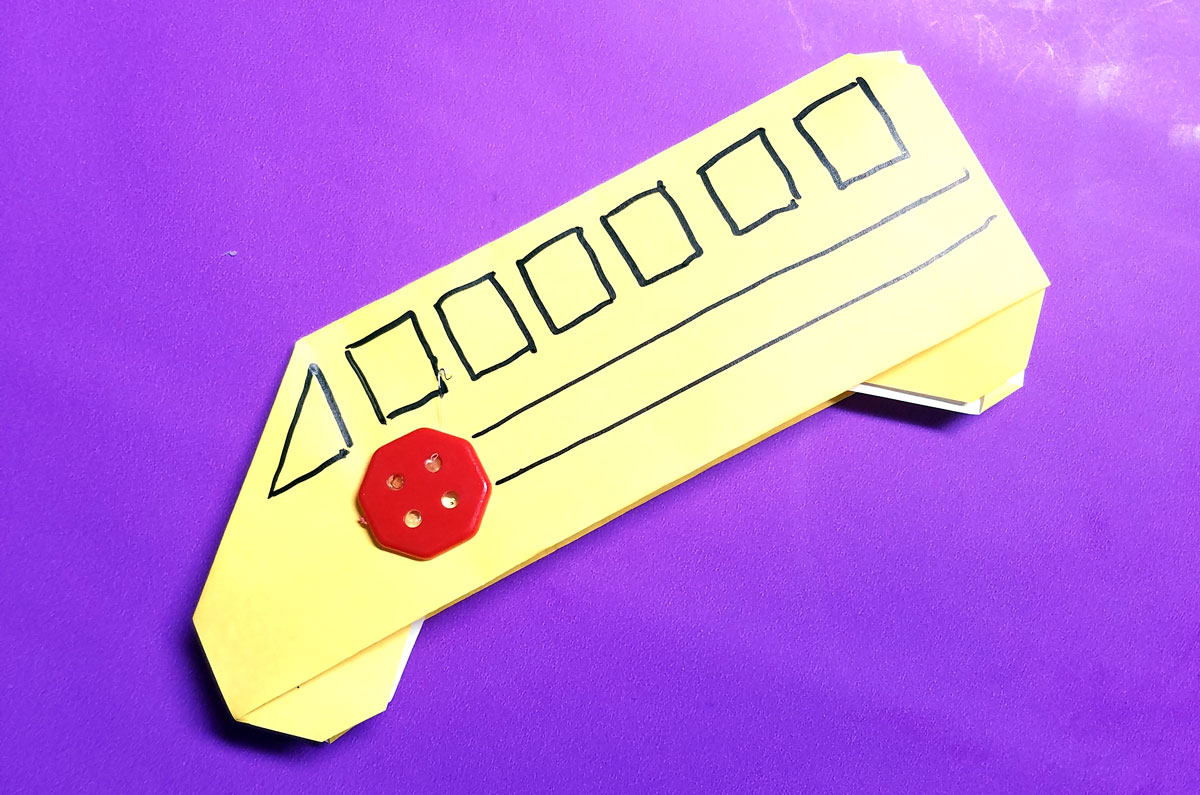 So without wasting any more time, here’s the how to!

What you need to make an origami bus:

How to make an origami bus:

Watch the video tutorial below if you’d like. Or scroll down for step-by-step photos.

1. Optional: if you don’t want it to be too wide, fold in about a centimeter from the side (cut it if you want to). 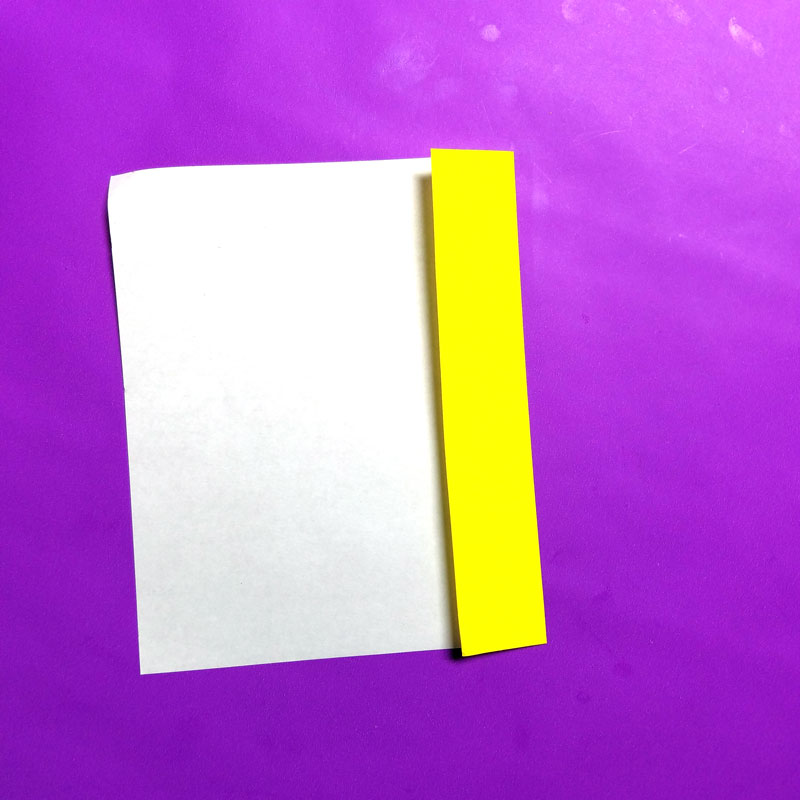 2. Fold it in half from bottom to top and open. 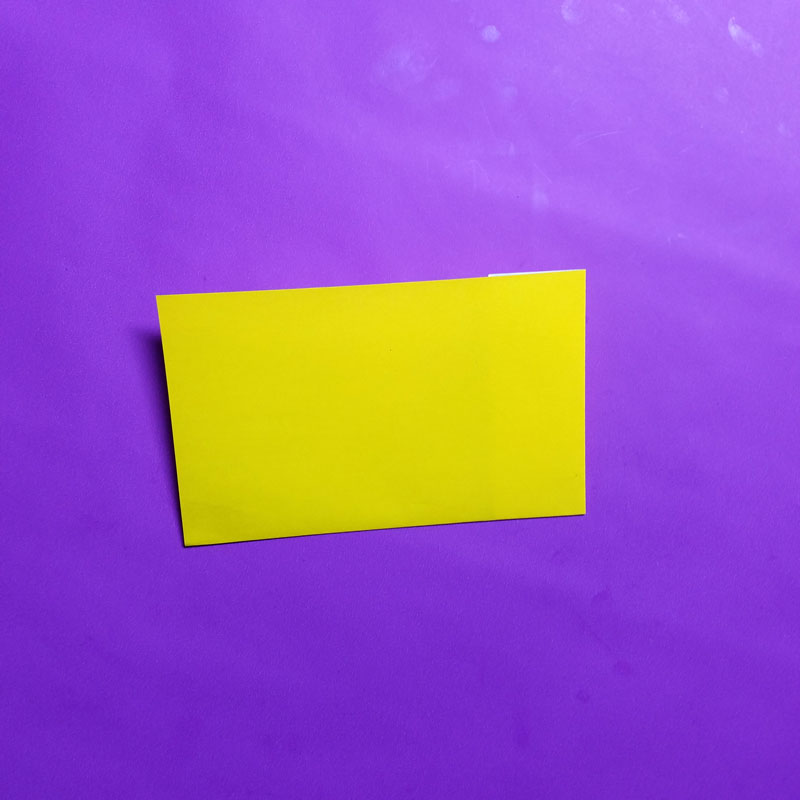 3. Fold the top about halfway to the center line. 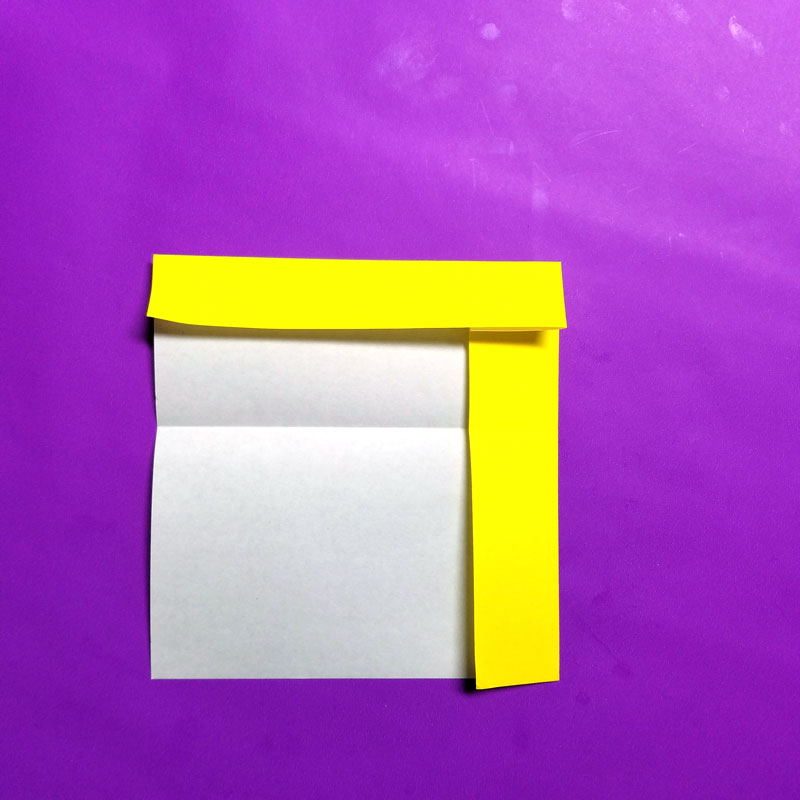 4. Repeat with the bottom. 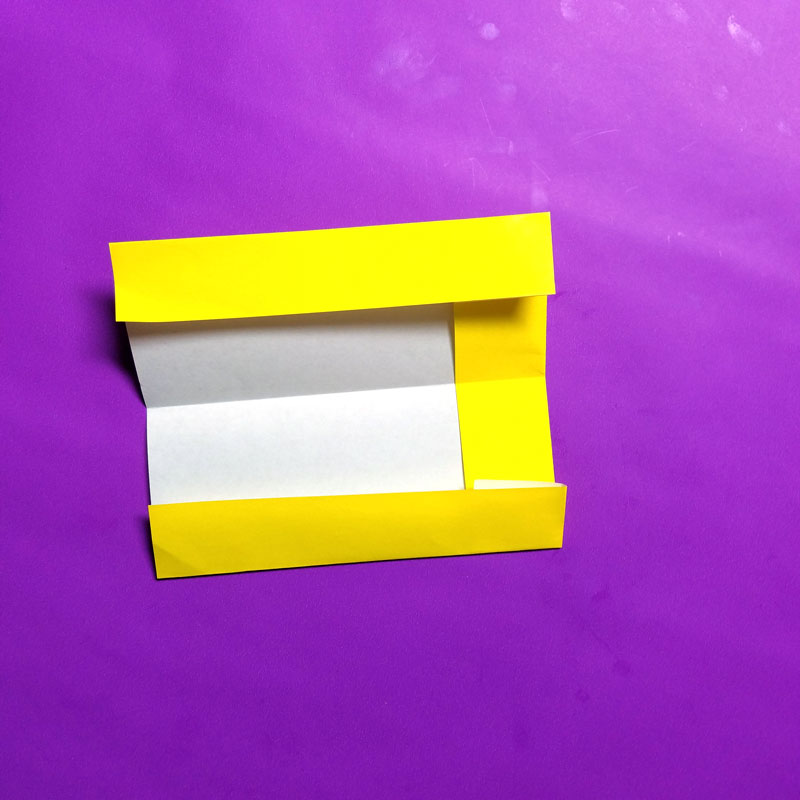 5. Fold up the four corners of your flaps that you just folded. The exact measurement isn’t so important but for a neat origami bus, try to keep them even with each other. 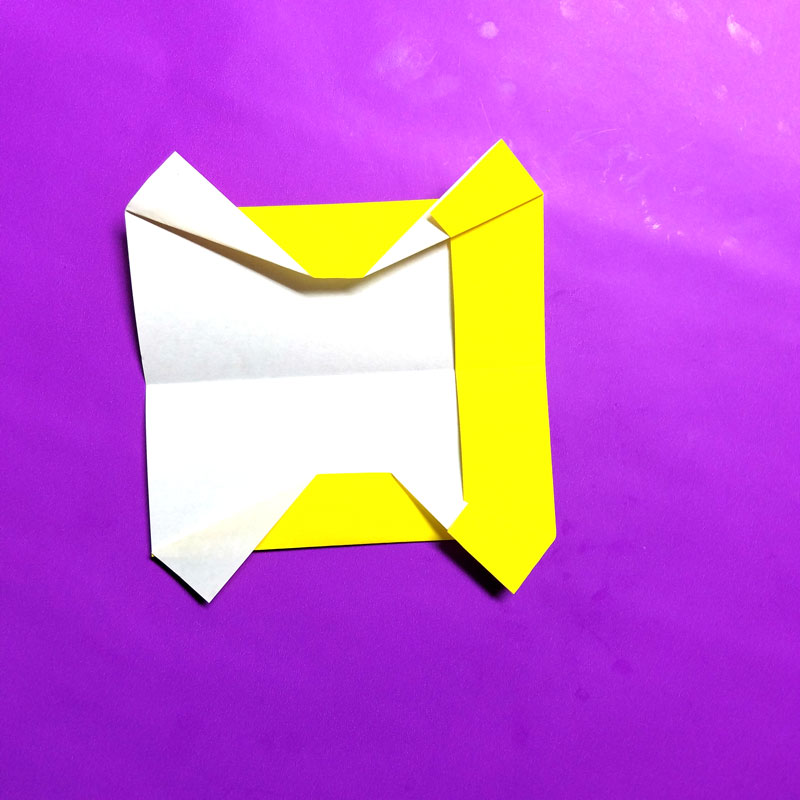 6. Fold down the corner of these four corners that you just folded in step 5. This “squares off” the bottom for the wheels. 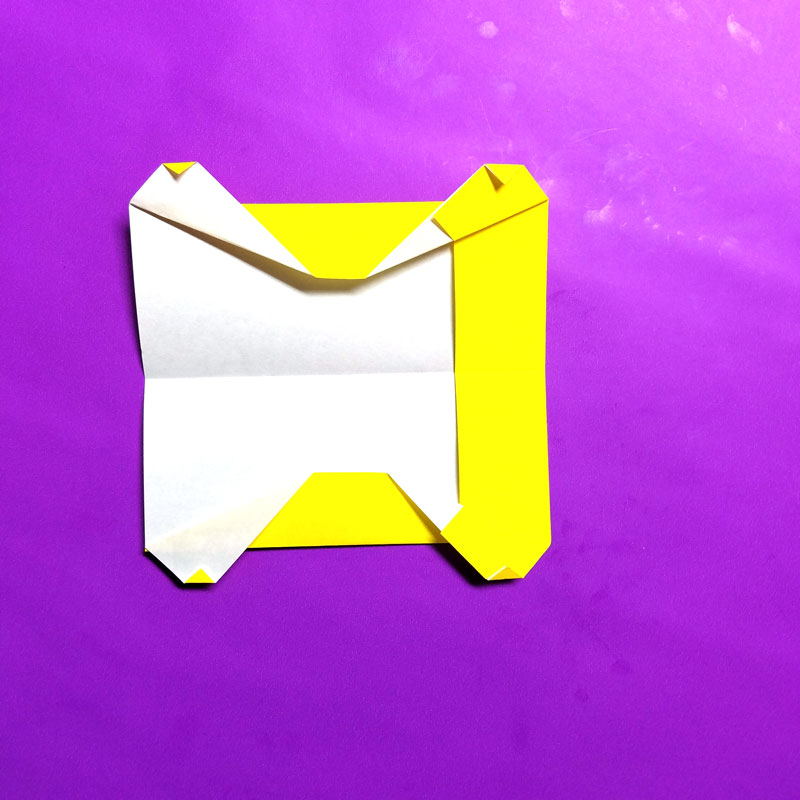 7. Fold it in half by refolding your first fold. Fold down the corner. 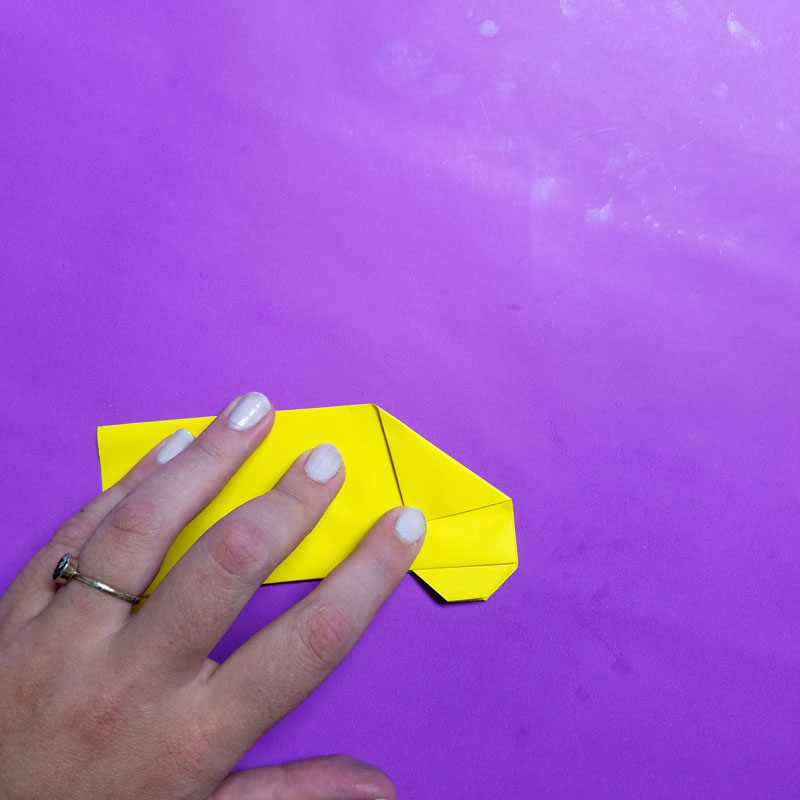 8. Invert that corner fold so that it’s inside your origami bus. You can see that I first made it deeper and then fixed it – there is lots of “wiggle room” in this easy origami tutorial. 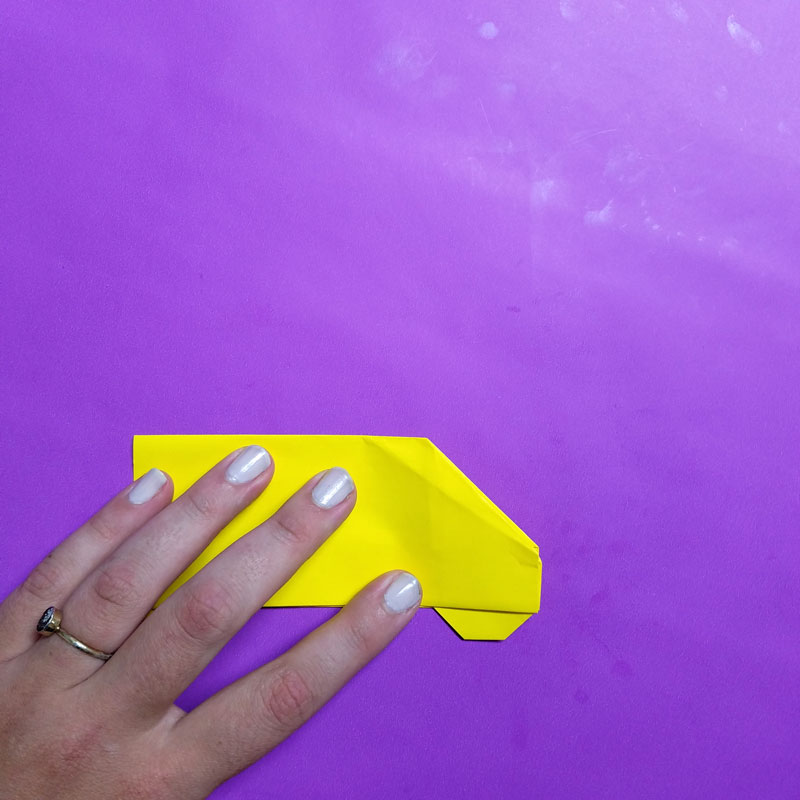 9. Draw on details. Add a stop sign to the left side and a door to the right.

Your origami bus is now ready to embellish your favorite paper craft! Go ahead and make a dozen…. 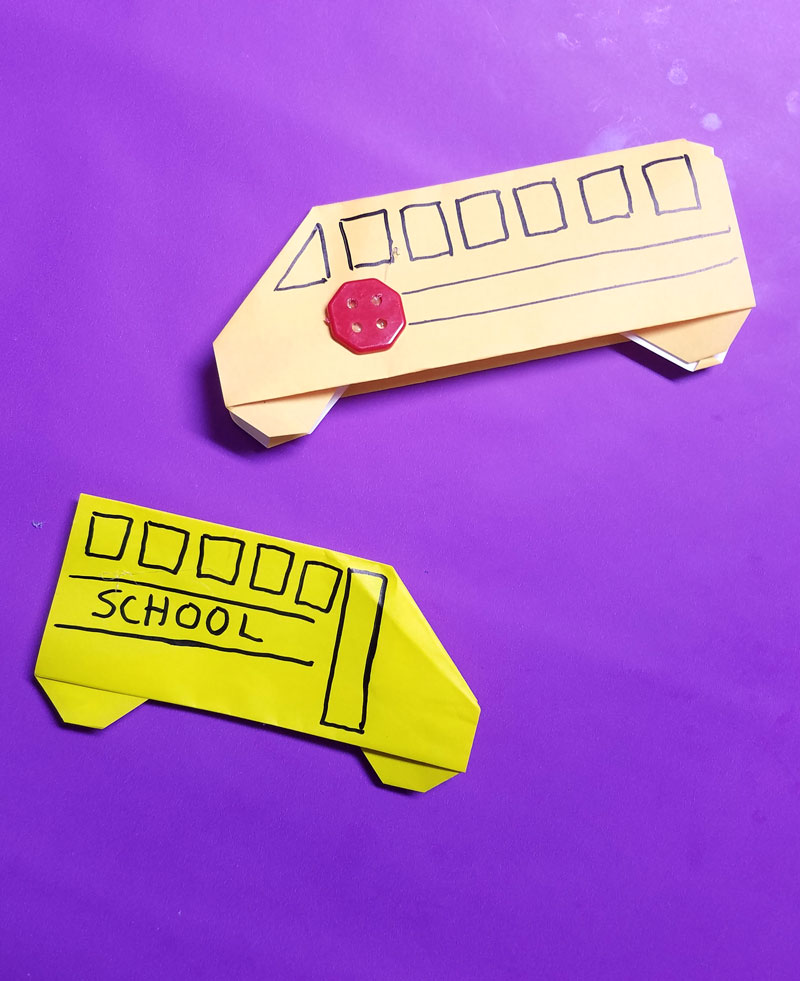 What will you make an origami bus for? Comment below:

I MADE IT WITH YOUR INSTRUCTIONS

Next week we are appreciating our bus drivers with a thank you from teach child. My class LOVES origami so we are each writing a note on the paper and then folding it into a bus to give to our drivers. We did this on Valentine's Day folding one "secret encouraging message" heart for each student in our school... 504 to be exact. Everyone loved it and we learned a lot about perseverance, kindness, assembly lines and the importance quality control.

I love that idea! What a sweet way to show and teach appreciation!

These little busses are adorable! Too bad my grandchildren are in other states...

My School Project! Thank you for sharing !!