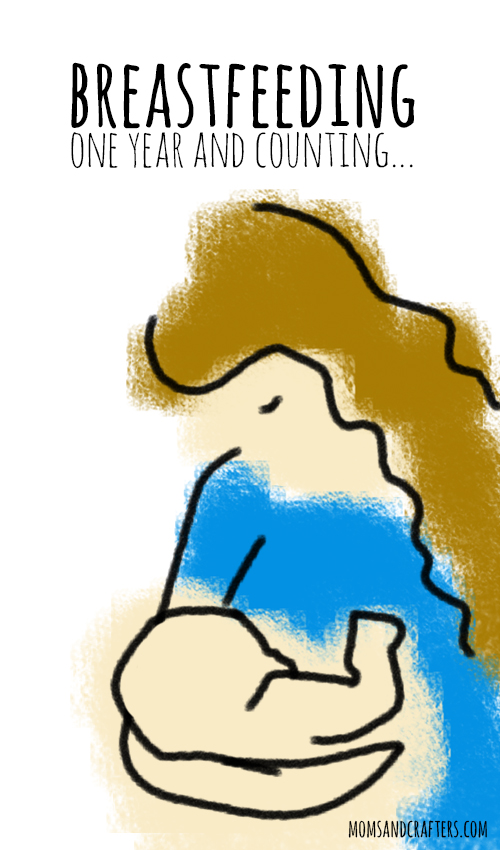 From before my baby was born, I knew I wanted to exclusively breastfeed for as long as possible. When he was born, I told the midwife I wanted to do so immediately. In my post-birth delirium I accepted her answer of “He needs to eat.. he’s not eating.”

My baby’s birth was a traumatic one, and I believe we were a step away from a C-section. He was born too exhausted to even cry, and I don’t think I need to tell you how I was feeling. When I tried to breastfeed, he wouldn’t latch. I had endless help from nurses and lactation consultants, but it was a struggle every time. Once he did latch, he wouldn’t suckle. He made a few weak attempts at sucking, but nothing more. We tried a nipple shield, but, while that somewhat helped with the latching problems, it did not solve the suckling issues. 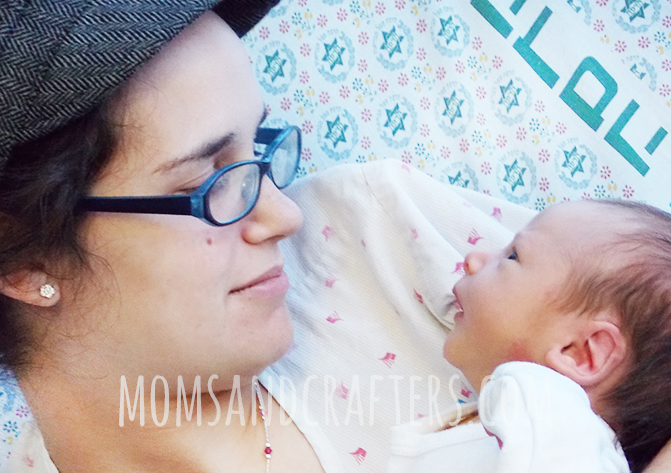 He slept through feeding times. When the nurses woke us to feed our babies, because “they’re all awake and crying”, mine was the only one in the nursery that was still sleeping. I had to wake him to feed him. I didn’t trust him to let me know he was hungry.

Throughout my two day stay, there were the “good ones” and the “bad ones.” The good ones were the ones that constantly encouraging me to keep trying. The bad ones where the ones who insisted I give the baby formula. They said my milk wasn’t enough. They said he needed to eat more. They said I needed to know how much he was eating.

To make things worse, my baby was jaundiced. He numbers were hovering near the threshold where they treat it, but they were just above so the doctors kept saying to wait it out. They also said that formula can help. So we gave the baby formula. 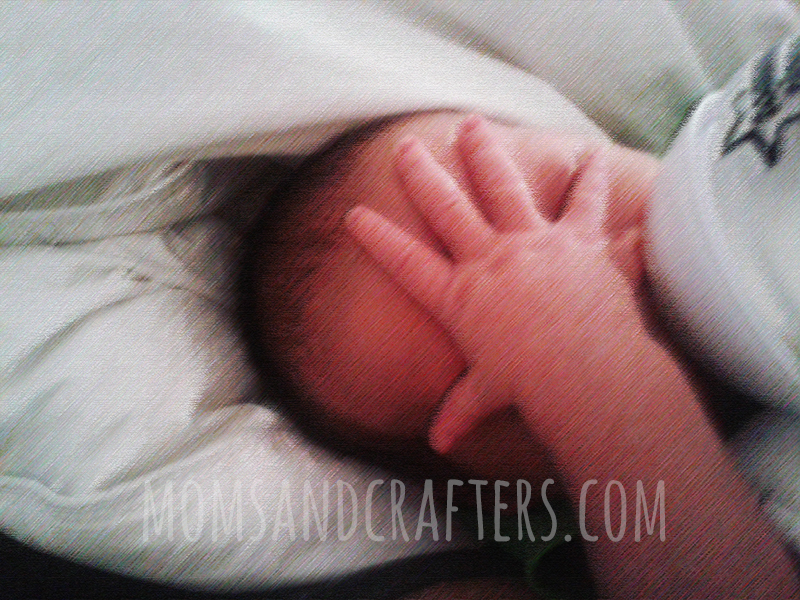 I still wanted to breastfeed. I was devastated and depressed that things weren’t working out. My postpartum hormones weren’t helping things and I felt like I was getting things all wrong. For the first week, he was mainly getting formula, with a few exceptions. I slowly started swapping feedings for breast. It was a struggle each time to get him to latch, and then to suck. It was extremely painful.

But I kept trying. I don’t know how or why. I adored that “drunken” satisfied look on his face after a feeding. I looked forward to the bonding and the feeling of giving. Perhaps it was also the encouragement of my mother, who breastfed all ten of her children. Or maybe it was my own ideals that kept me going. But I did it.

By gradually switching out more and more bottles for breast, we slowly made the change. At first it was one feeding a day. Then we graduated to every third. Then it was every other, and before we knew it, he was only getting an occasional bottle. 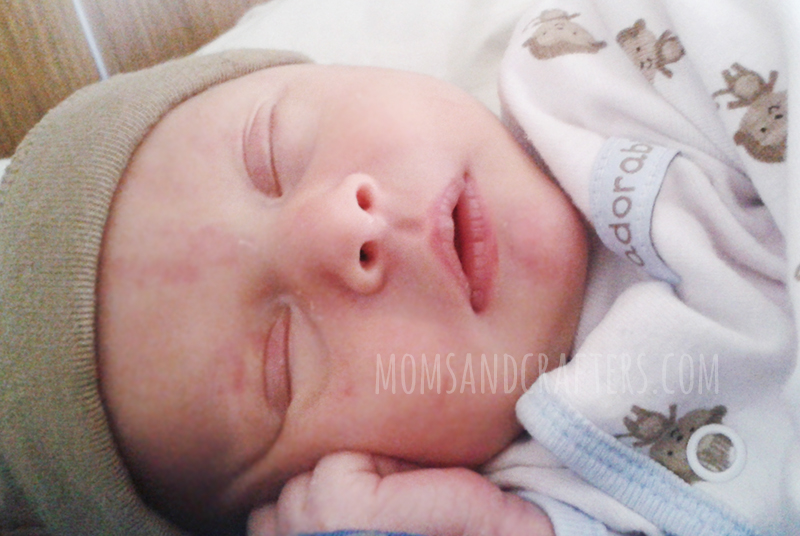 I thought we had made it… until he started his screaming phase. Every time I tried to feed him, he would simply scream and shout. He would be inconsolable. He was obviously hungry but refused to nurse. This happened at almost every daytime feeding. He would only calm down after we would practically force him to down a few ounces of formula. I spoke to a few pediatricians, but they had little to tell me.

I remember that day that I was shopping with my sister in law. Baby was hungry, so I went into a fitting room to feed him. I was there for half an hour. He was hysterical. He woudn’t eat. He wouldn’t take the bottle either. The salesperson asked my sister in law, out of concern that I may be hurting my baby, if I’m okay. It was horrific.

I tried pumping, but all I had available was a manual pump. I did it anyway. Then I got tendinitis from pumping. I couldn’t get hold of an electric pump. So I kept trying to nurse him. It was a never ending cycle of tears. His tears. My tears. It was heartbreaking, after all our efforts. 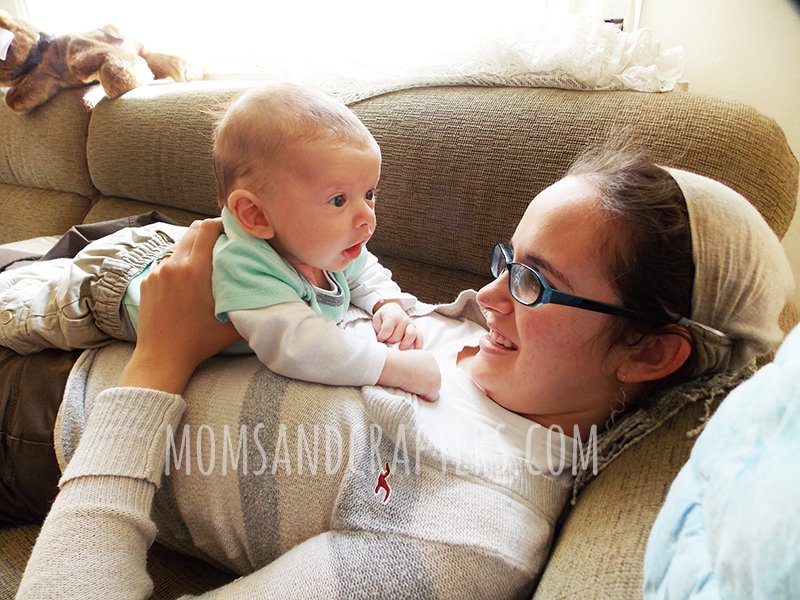 It was soon after his 3rd month, right after we moved back to the US that he had his last bottle of formula. He simply wouldn’t take it. He had finally learned what’s best. He had gained his strength, and finally wanted only breast.

Throughout the months, there were some phases where he gave me a hard time. His tummy bothered him sometimes. Sometimes he was just restless and distracted. But mostly he just wanted me. I had succeeded, with perseverance and determination, to breastfeed my baby. I succeeded in giving him what’s best.

Honestly, I had planned on weaning him at about eleven months, when our pediatrician said we can give him cow’s milk. But he loves nursing so much, I simply can’t bring myself to do it. Well, to be honest, I love it too. I look at him, and think about how much he’s grown… primarily from my milk. It’s an amazing feeling. 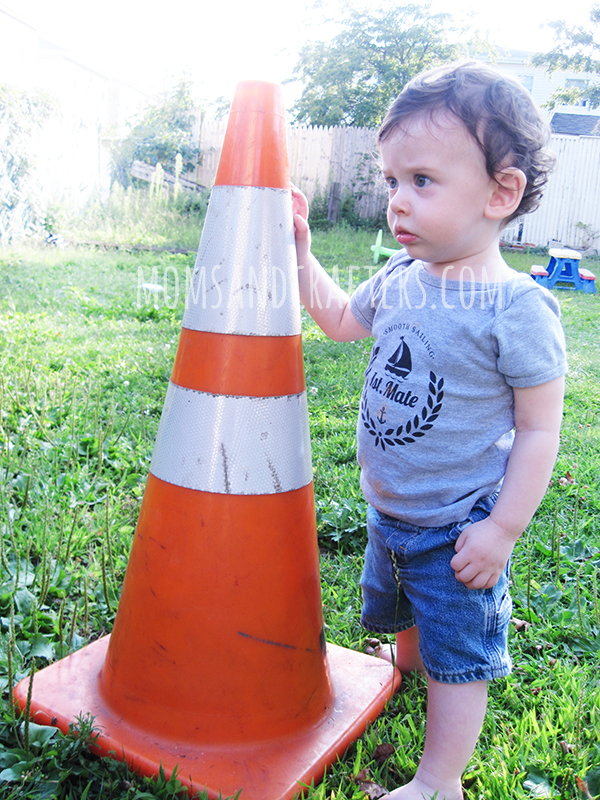 I’ve asked myself again and again why I tried so hard. I know that breast is best, but formula is  a close second. And while I am a perfectionist, and I would like to always give my baby what’s best, there are occasions in life when “almost best” will have to do. But now I know why I persevered.

There is a closeness that I simply can’t describe. We cuddle. We bond. Giving is a source of love, and there is no greater giving than motherhood. Breastfeeding is a huge part of that connection of giving. It is literally an extended giving of a part of me – similar to the experience of pregnancy, except with more moderate symptoms, and with a person I’ve already met.

My baby also has had some of the “perks” credited to breastfeeding. So far he has never had an ear infection. He has always been a healthy weight. His diaper rashes have been few and far between. And if you ask his mommy, he’s the smartest little boy around.

I have written up a part 2 for this article which offers 12 mom to mom breastfeeding tips – actual things you can do when the going gets rough. These tips, of course, are sourced from my own experiences.

What was your breastfeeding journey like? How long did you breastfeed? What caused you to stop? Join the conversation below!

My daughter would not nurse. She went to formula at a couple of weeks. Now at age 11, she has rarely been sick. My son (age 9) nursed for a year. He weaned himself. Starting at 9 months, his health just spiraled downhill. Countless ear infections (tubes put in just after he turned 1), countless bouts of croup (which has since turned into asthma), countless bouts of strep throat (pediatric ENT finally scared it out of him with the threat of tonsils coming out - only had it 1x in the past 2 years). Part of me feels really guilty for nursing when my daughter did not and has been so incredibly healthy, but then part of me wonders how much worse his health would be if he HADN'T nursed. *sigh* A mother's worries never end.

"Mother's guilt". We do our best, and the rest is out of our control... It's impossible to know what would have been and worrying is a sign of a great mom ;)

Thanks for sharing your story! So very inspiring!

I'm breastfeeding my 6th child. We are coming up on two years and my husband is pressuring me to wean her. She wants to nurse and I still love that special time with her. I never thought I'd nurse this long, but I'm not ready and neither is my baby girl. I'm angry at my husband. He is being selfish and I wish he would just support me.

Renee, I'm so sorry to hear that! But you should be proud of yourself for coming this far! 2 years is amazing!

With my1 oldest when he was a couple of weeks old I got a Breast infection that took time to heal and was very painful when I nursed I pushed through it and nursed until 13 months. Now my baby is almost 1 and I have 1 side that the nipple is cracked (for close to 2 months) nursing is excruciating on that side only nurse twice a day for 5 minutes so my milk doesn't dry up. I too love nursing and push through the pain.

Kudos to you for pushing through, and thank you, of course, for sharing your story!

I always tell my new mommy friends who want to breastfeed to not give up easily. It can be a challenge. My oldest when he was a baby latched right after he was born (he didn't cry at anything when he was born either and they let him try to nurse before they'd planned to whisk him off to the NICU but he didn't end up having to go.) The first week though, he had more and more issues. We discovered the roof of his mouth was high so a good latch was difficult. I was accused of starving and abusing him---which was completely not true---so I know the feeling. He wouldn't take bottles or formula so we kept with it, I breastfed just over a year, and he's now a strong 4-year-old boy perfectly healthy.

My youngest, almost 11 months, is still breastfeeding; he too will only take breast and not bottle. I ended up getting an emergency C-section with him (my husband was deployed and everything went wrong) and he had the same problem of not crying and breathing poorly when he was born. They did not let me even try to nurse this time but instead took him to NICU. I pumped as much as I could the first day so they would not have to give him formula; he did not eat much. He really enjoyed sleeping--thankfully my nurses assured me that is completely normal for the first week as it is a transition stage and they do not need very much to eat at all; it is more for practice. I was able to start nursing him after a day or so and he did great, but I didn't. I have D-mer--basically I get extremely depressed when the milk comes in. I'd know when he needed to eat and when it was going to happen because everything would go dark and I would get really sad and want to scream and cry. It was worse with my husband away and I could do nothing about it. Thankfully, it was only at feedings and not postpartum depression. I struggled with pain and depression during breastfeeding and still do often, but I know it is best for him and free for me so I keep chugging along. It's not possible for everyone to breastfeed, and that's fine, but I'm so thankful I have been able to stick with it for both of my children.

Thank you for sharing your story girl. I can totally relate to bf problems and persistence and know you will inspire many more mommies to hang in there. <3

wow, thank you so much for sharing yours too :) I feel like with some o these challenges that are less tangible on of the best things we can do is to share our stories and give each other strength!