With some recent conversations I’ve seen online, and my own son’s allergy diagnosis, I wanted to address some common misconceptions about food allergies, and share some statistics. Many people with good intentions wonder why their schools have insane rules regarding which food can be brought in.

I asked my assistant Rochel Jager to share her story and write this post for me. Rochel does a lot of the proofreading, editing, and backend stuff for this website. Since she has had lots of personal experiences with food allergies, I asked her to step out from behind the scenes and share these food allergies facts with you.

You’d think by 2017, every parent would know all there is to know about allergies. If your own kid (or you, yourself) suffers, then you know all about the severity. But what about those of you who really don’t get what the fuss is all about? Questions like: why are entire schools nut-free? Why not even traces? What’s the big deal about a food allergy? Why can’t you just eat peanuts and pop an Epi-pen into your thigh every time?

Well, that’s why I’m writing this.

To educate, yes, but more to bring some light to this issue and some awareness.

I’m not a doctor. Heck, I’m not even a nurse. I’m not in the medical field at all, yet I can give you some insight from my own personal experience with food allergies. .

(Note: This is not considered to be a substitute for medical advice. Please consult with your own doctor if you have any concerns.)

My Struggle with Food Allergies:

My list of allergies is so long, I know more about what I can eat than what I can’t. My brother is an allergy sufferer. And my friend, my neighbor, and possibly even you.

I grew up with regular seasonal allergies.

Every Spring, things like pollen, mold, mildew, and dust would turn me into a sneezing, red-eyed mess. It was all very unpleasant, but that was about all it was. Once the pollen season passed, I was fine. Some years are worse than others, some seasons I would need stronger medications, but overall, I didn’t think I had it too bad.

My allergies evolved as I grew older, and I now suffer from a little-known condition, called Oral Allergy Syndrome (OAS).

OAS is caused by cross-reacting allergens in pollen, or certain trees and raw fruit, and some vegetables. This means that I am allergic to an enormous amount of raw (and some cooked) fruit and vegetables.

I’m also allergic to fruit extracts, which means many soaps and shampoos, a lot of makeup and detergents are all off the table.

My allergens differ, so that some require emergency care, and some just need an anti-histamine, like Benadryl. I don’t even know the extent of my allergies, because the only way to figure out if I am allergic to fruit is to try and eat the fruit and see what happens. 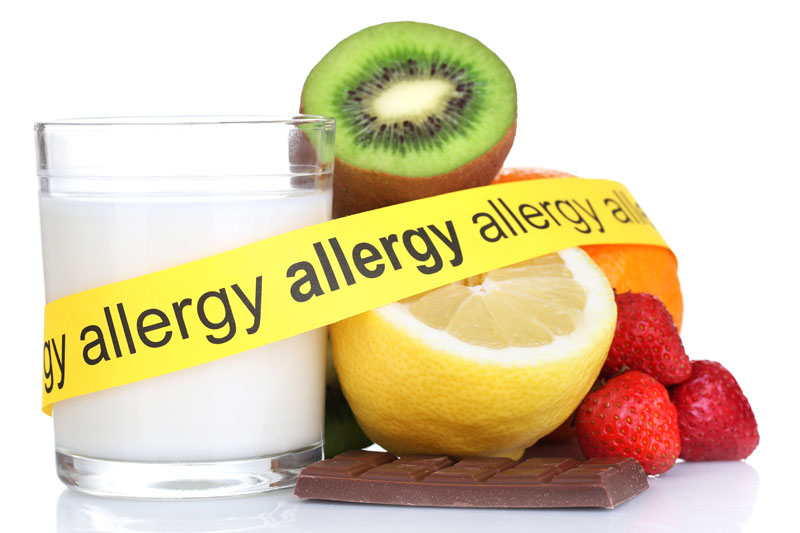 I’ve had some terrible reactions, including ones that have caused me to stop breathing, or cause my eyes to swell up so much that I couldn’t see out of them.

The most recent reaction I suffered had my face looking unrecognizable, and I don’t even know what caused it.

My Brother’s Struggle with Food Allergies:

My brother, on the other hand, has a severe allergy to peanuts.

Now, he was what I considered a real allergy sufferer. When he started preschool, some twenty years ago, he was one of the first children with such a terrible allergy. His school became nut-free. This included the cafeteria lunches, and even the snacks that children were allowed or not allowed to bring from home.

He ended up in the hospital numerous times for accidentally eating foods that contained hidden peanut derivatives, like peanut oil, or peanut flour.  He was once fed a chocolate covered peanut that a neighbor offered him. She was sure it was a chocolate covered raisin.

His food allergies are also airborne.

That means that even smelling peanut butter from across the room can trigger a reaction.

It was difficult for me growing up, because my favorite food of all time is PB and J sandwiches. My mother did not let any peanut butter cross the threshold of our house until he moved out.

As I matured though, I realized how much more difficult it was for him.

As he grew older, it became easier for him to manage his allergies.

From a young age, he was trained to ask, ask, ask – does it have peanuts? Is this food dangerous for me? A tough reality for a little boy.

He couldn’t readily share in his friends’ birthday parties.

He couldn’t fully relax in an ice cream store, always nervous that the same spoon that was used to for the chocolate chips had also been dipped into the nut topping.

Anaphylaxis, the reaction my brother has when consuming peanuts, is life threatening.

His airway swells and closes, and he has extreme difficulty breathing. If epinephrine (better known as an Epi-pen) is not administered within thirty minutes, an anaphylactic reaction can result in death.

An Epi-pen is not something to be taken lightly.  It does not replace emergency care, and in fact, one must still be seen by a doctor immediately after receiving the shot. 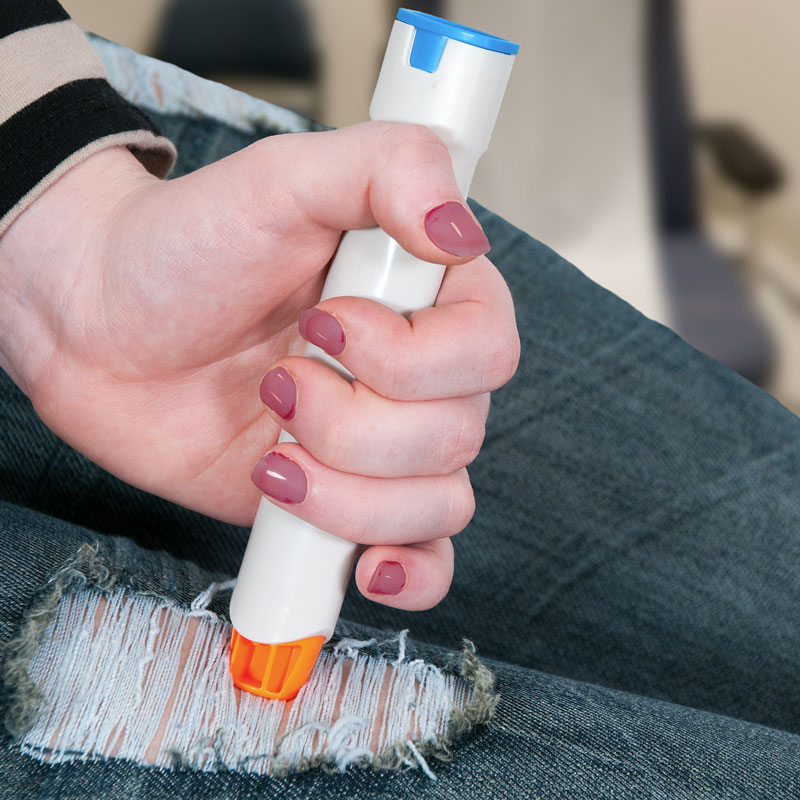 So, no, he can’t just eat some peanuts, and then pop the Epi-pen into his thigh, and all will be good. It’s not the same as someone with a sensitivity to dairy taking a Lactaid before or after eating.

What are food allergies exactly?

Allergies are considered a medical condition.

They are a damaging and hypersensitive bodily reaction and immune response to a substance. These substances can vary greatly. Common allergens include food (it’s not just peanuts!), drugs, dust, mold, pets, and seasonal allergies, like pollen.

Allergies are not a myth.

They are a real concern, and very scary for many children and adults. Some people come across as selfish when dealing with their allergies, and imposing restrictions on others around them, but they are doing the best they can to protect themselves.

Unfortunately, it can sometimes be the only way to deal with the severity of allergies.

Allergic reactions can lead to death.

Death due to anaphylaxis is not a fairly common outcome, however the terrifying reality that a child can die due to improper treatment and emergency care is a reality that so many parents live with every day.

We all send our babies into the big, bad world, and we pray that they come home safely.

Parents of allergic children then add the fear of death due to someone feeding their child a measly chocolate covered nut, or another child opening their peanut butter sandwich just two seats away, and the airborne allergens finding their way over to your child. 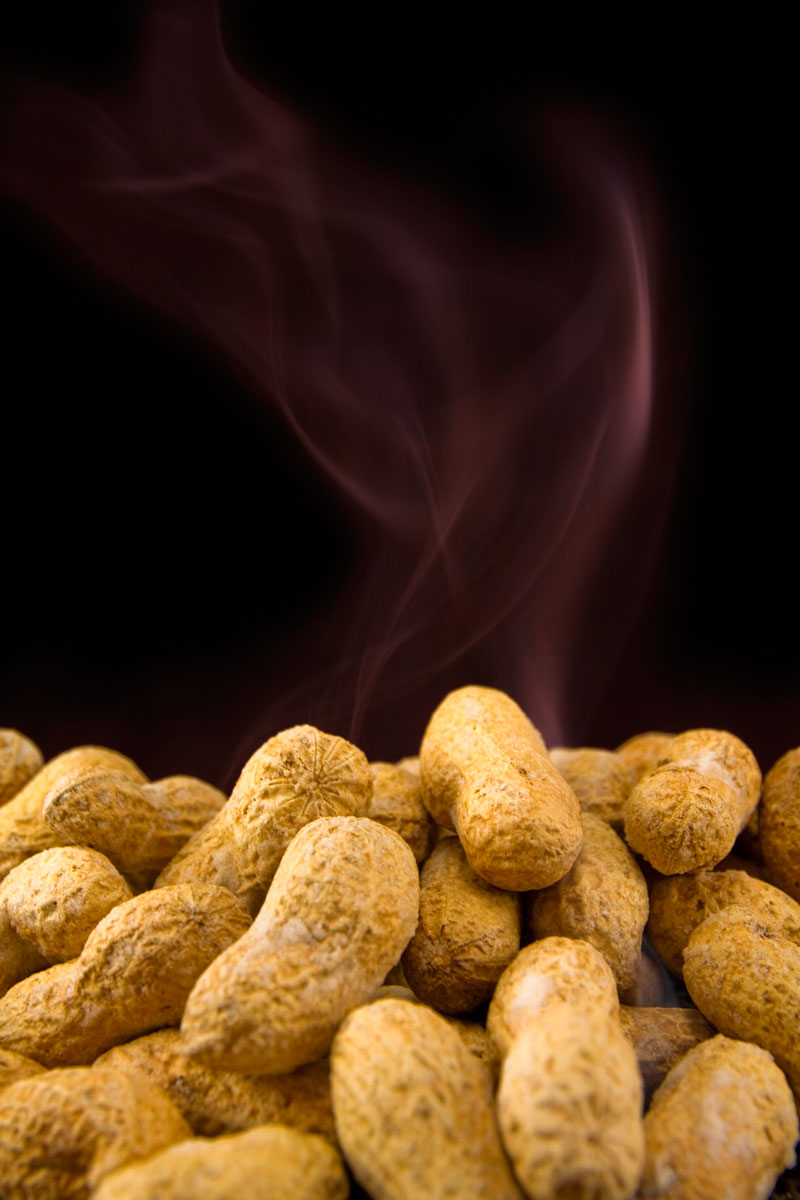 It is difficult to find an accurate statistic. However, according to allergicchild.com, at one point, the Food Allergy and Anaphylaxis Network (FAAN) stated that approximately two hundred people die in the USA each year from food allergies. Those statistics have never been proven, though.

For parents who have had little to deal with in regard to allergies, it can be difficult to understand why your child’s school is so strict when it comes to their allergy policies.

Allergic reactions can be so severe, that it is imperative that a shared (enclosed) space is kept allergen free. Cross-contamination does happen, and can lead to tragedy if we do not safeguard against it. These shared spaces include cafeterias, restaurants, daycare centers, school classrooms and libraries.

I’ve written a lot about anaphylactic reactions, however, those are obviously not the only reactions.

Children and adults that deal with allergies suffer in many ways. Typical reactions can be skin related- all over hives, or a rash in the specific area touched by the allergen (contact dermatitis). They can also be gastrointestinal- severe stomach pains, cramps and/or vomiting. They can involve the respiratory tract- difficulty breathing, wheezing, coughing, etc.

Another common reaction to food allergies can be swelling of the lips and/or tongue. Dizziness, feeling faint, and a weak pulse are all included in the various reactions a person can have to an allergen- whether airborne or not.

It’s important to realize that these reactions can lead to life-changing health-concerns as well.

Some statistic and numbers related to food allergies:

It’s important to note that allergies are not a result of unhealthy eating, or how a mother lead her lifestyle during pregnancy. It is in no way a lifestyle choice. And we’re not being picky. Trust me, I would love to have my choice of fruit throughout the year. I can’t eat things like melon, apples, plums, kiwis or pineapple, plus a whole lot more. (It makes dieting tough!)

Trying new foods can be terrifying for a person suffering from allergies.

A new food can be no problem, but it also has the possibility of triggering a terrible allergic reaction. A year and a half ago, I ended up in the ER with the worst hives I had ever seen. The doctors were in shock. Why? Because I peeled eight raw potatoes without gloves on.

I knew I was allergic to raw potatoes, but I honestly didn’t think it would have been such a big deal to quickly peel a few.

There is no cure for allergies, and the symptoms can only be managed. There is no way to know if a child will grow out of them or if they will become worse as an adult.

That’s why it’s critical for the parents of non-allergic children, or the parents of children who are not highly allergic to be extra sensitive to the needs of allergic kids. Inspect the package. Avoid the traces as required by your school. And be grateful that you can send your child off without that fear that mothers of kids with food allergies experience. 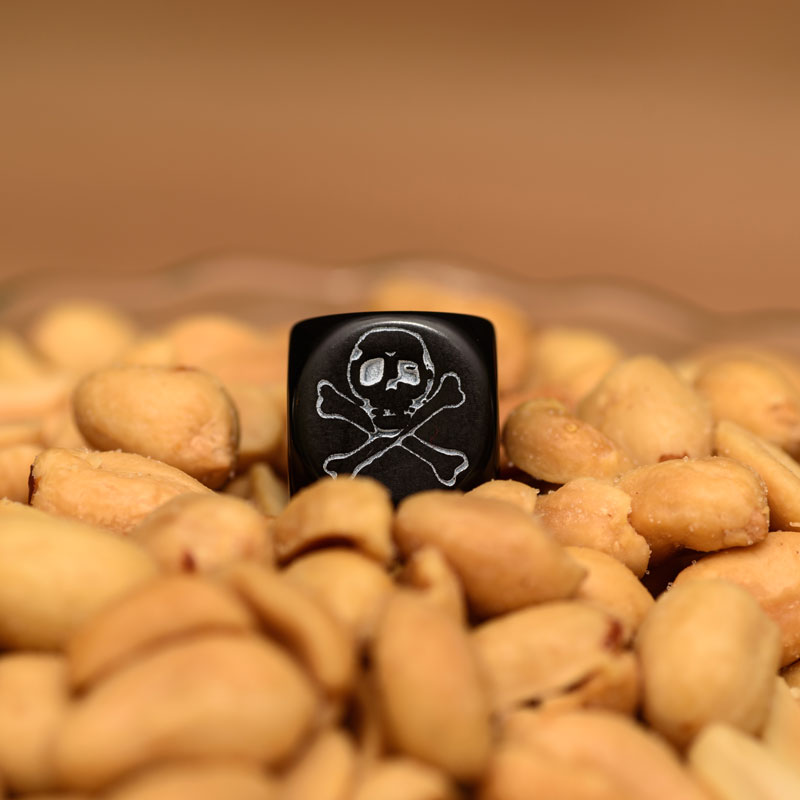 Do you or does someone you love suffer from allergies? What has been your experience in dealing with them?