This easy helicopter craft for kids is a perfect toy for kids to play with and discover the beginnings of flight! 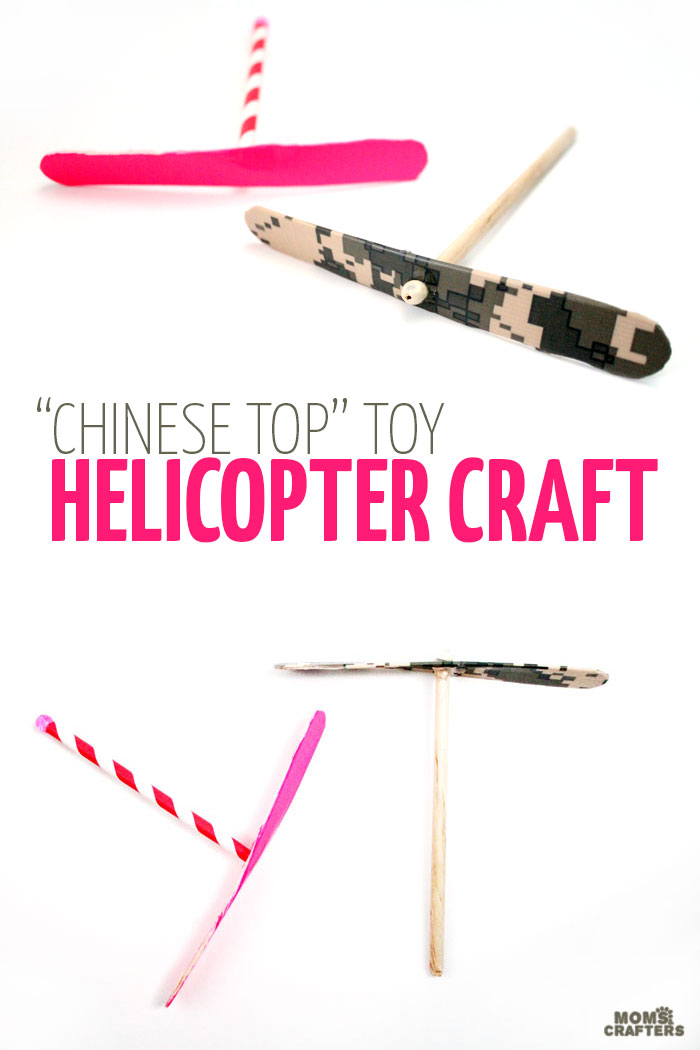 Recently, when M was driving me nuts (he’s a toddler, so he does that occasionally), I caved and turned on that bad, bad screen. Okay, it’s not that bad – depending what you turn on.

No, I had no interest in watching Elmo. Instead, I turned on a documentary on helicopters, because he happens to be obsessed, and I thought it might not be TOO annoying to me. One thing we learned in this film was that part of the inspiration for the helicopter was an old Chinese toy. It was made from feathers suspended at the end of a stick that was rapidly spun to launch it into the air. 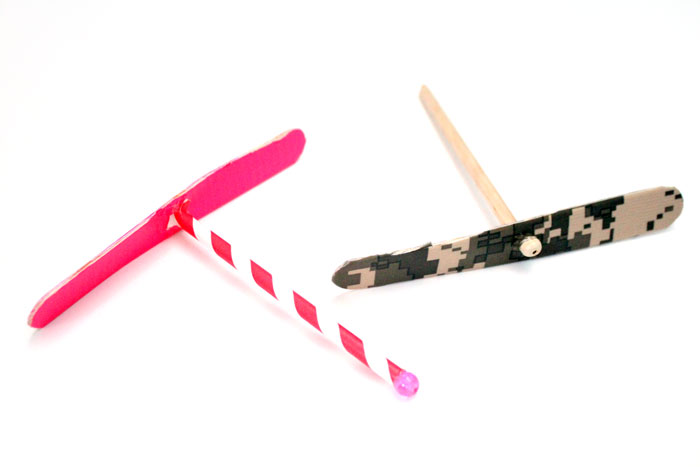 Since then, I’ve been meaning to make one with/for M. He is fascinated with anything that goes, and calls anything that spins a “helicopter”.

I finally got around to making him this version – and he loves it! 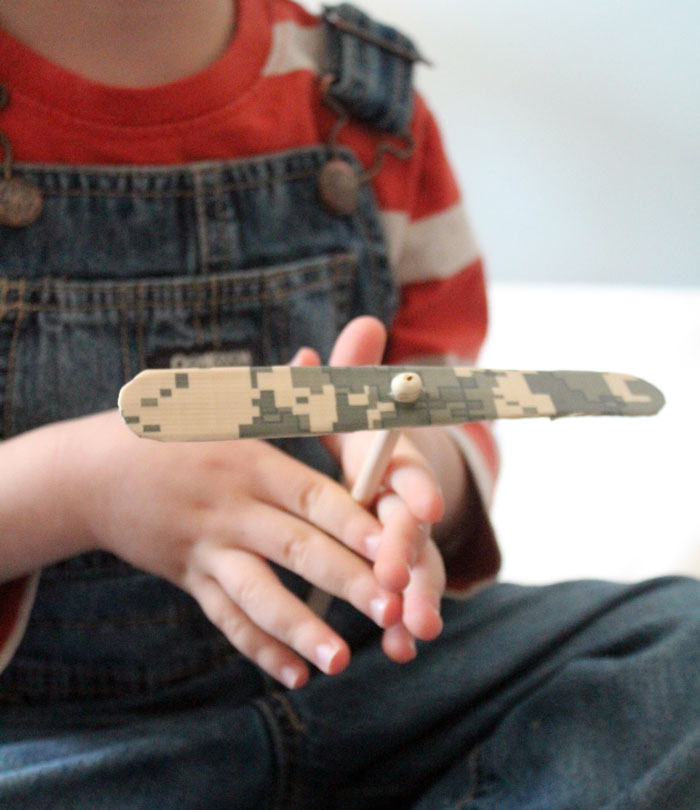 The bulk of the craft is not toddler-friendly, but the play that follows most definitely is. It can also be painted by a toddler as a fun continuation of mom’s handiwork.

This toy is also a perfect craft for slightly older children who are learning the history of flight. You might need to play around with the glues you use more than I did, as I used E6000 which, again, isn’t too kid-friendly. 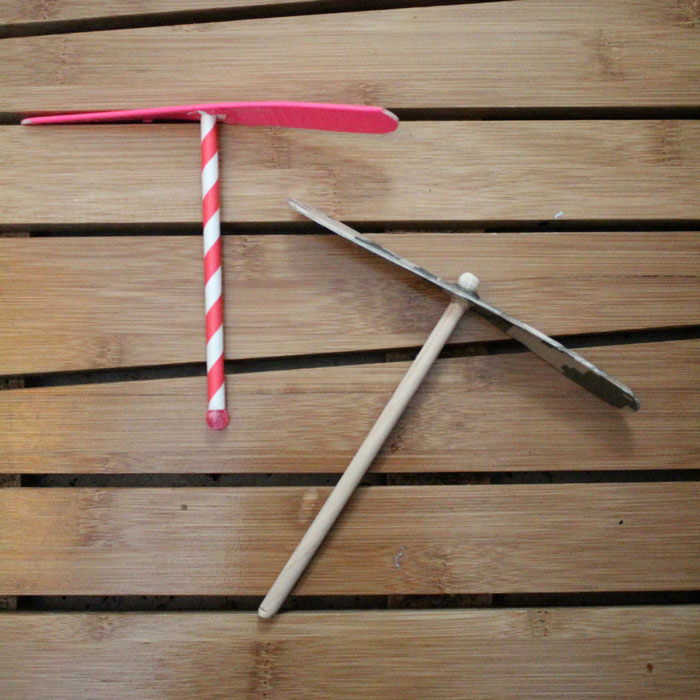 Regardless, this toy is cheap to make, fun, and a great toy for a helicopter-loving tot! Follow along with the tutorial below, and let me know if you come up with your own version! 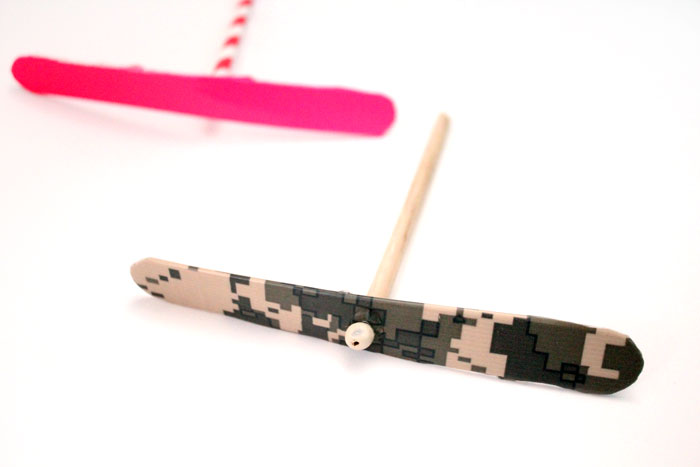 What you need to make this helicopter craft:

How to make a helicopter craft:

1. Take your craft stick between in both hands, with your thumb in the center of one. Gently twist it in opposite directions as pictured. 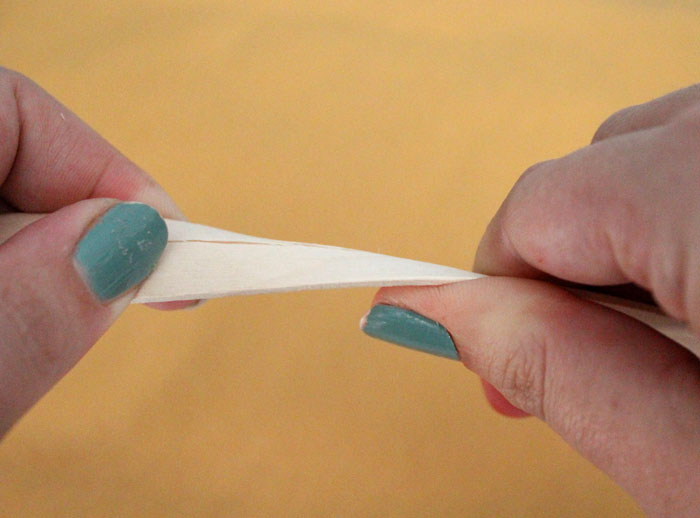 Don’t worry if it splinters a bit in the center. It should twist ever-so-slightly like this.

2. Using a craft tape to cover it helps secure it from splinters and from breaking. It also makes it fun and colorful. Simply place your craft stick on a piece of tape, fold it over, and trim around the edges with scissors.

3. The tricky part is really gluing on the dowel. It’s not as simple as I’d hoped. I used a lot of E6000 glue, and surrounded the dowel area with a layer of glue to enclose it. I glued a wood bead on top, mainly for fun. If you use a straw, you’ll need to put the bead at the bottom of the straw to weight it down and allow it to fly in the right direction. 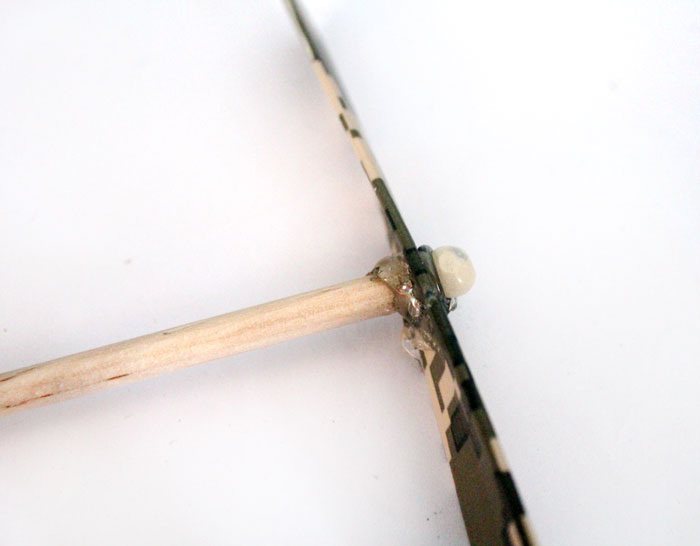 You’ll see the twist stays beautifully and catches the air as it falls, allowing it to fall slower.

The cool thing about the straw is that the stripes swirl as it falls…. 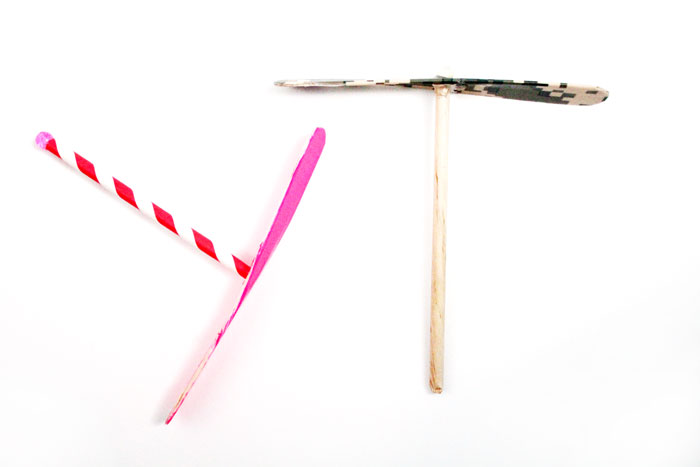 Do you have a helicopter fan at home? Have you tried this helicopter craft? Please share your ideas and experiences in the comments below! 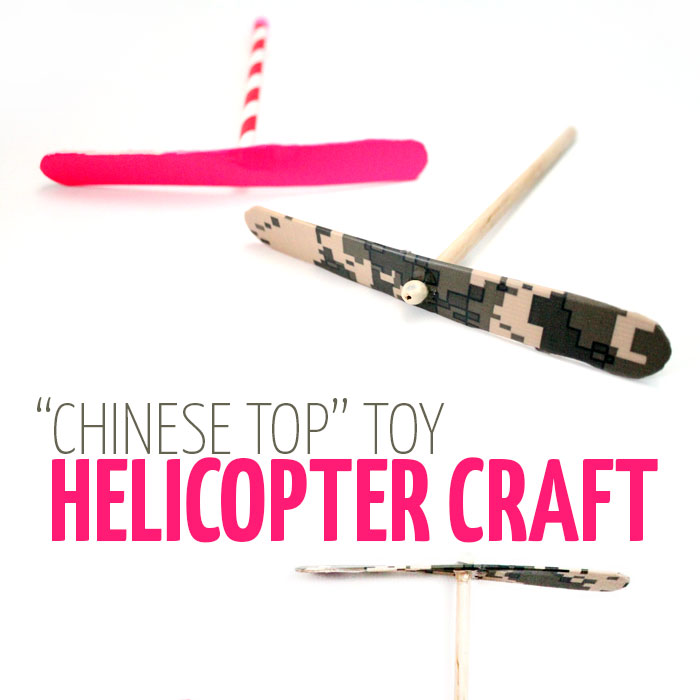