Disclaimer: Tiny Love sent me the Musical Stack and Ball Elephant to facilitate this review. All thoughts and opinions are my own, and I received no monetary compensation for this post. This post contains affiliate links. 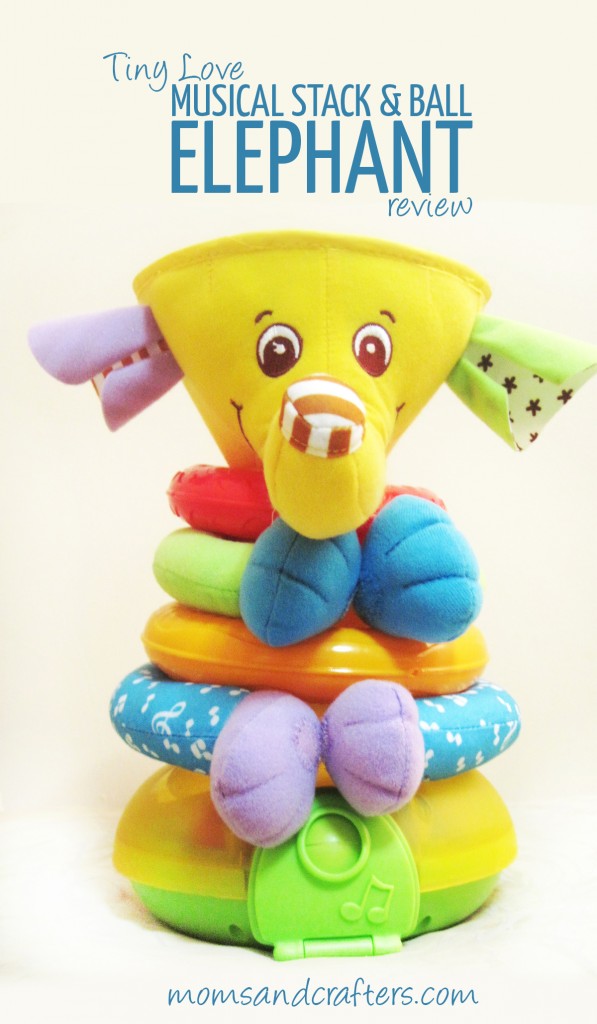 When looking for toys for my one year old, multi-functionality is key. That’s why I was so excited when I heard about this toy from Tiny Love. It features balls that an be inserted either via a funnel, or directly into the cone. It is also a take on the classic stacking ring toy.

The toy is a bright and playful toy, cheerful as toys should be. There is no assembly required, other than inserting three AA batteries (not included). The balls have rattles and are pretty small and easy for little hands to grip.

I was impressed, at first, with the attention to detail. The pretty patterns and different textures stand out. The various play modes are obviously well designed and thought out. 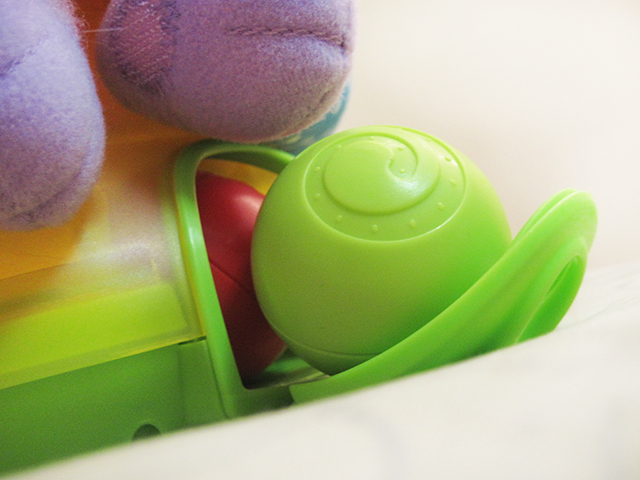 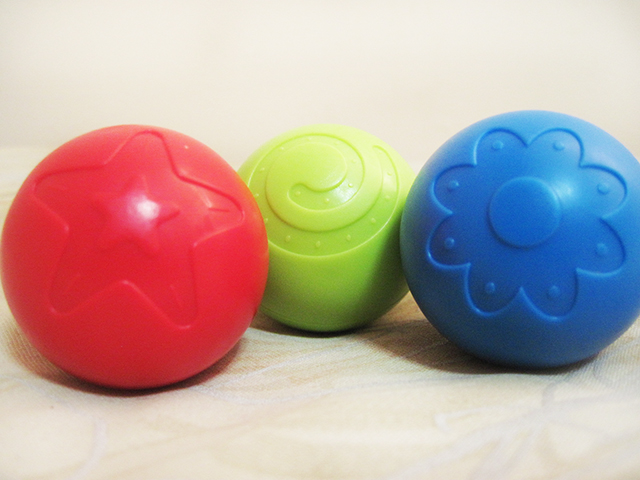 As you can see, there is lots to explore here. My baby loves toys with balls – the balls on their own entertain him for a while. There’s the action/reaction of dropping the balls in and hearing the music. It also involves motor skills development in a few areas: dropping the balls in, stacking the rings, and with the Velcros on the elephant’s hands and feet. 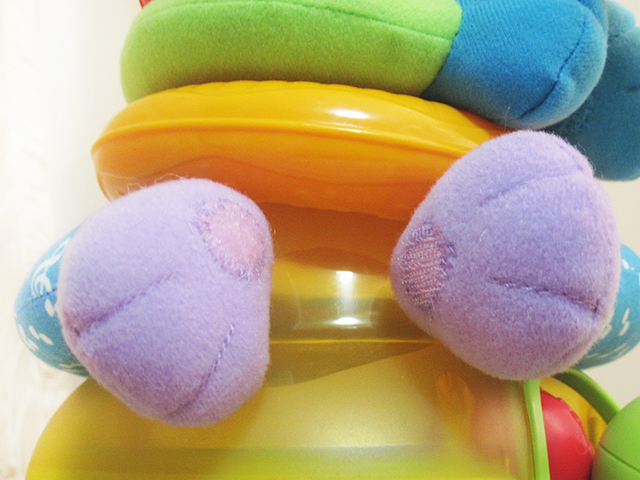 The balls are rattles as well, and while my baby has mostly outgrown rattles, it seems like he hasn’t outgrown rattle balls! He is obsessed with these, and is constantly searching them down.

The rings are large and easy to stack, which means that he plays with it more. 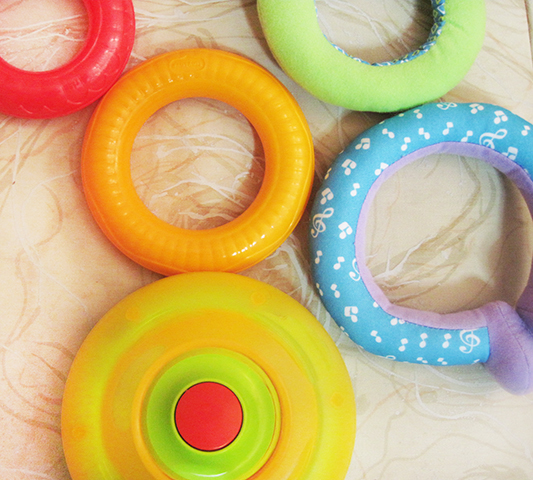 I love that the ball play can be adjusted to the baby’s skill level, and used with the head/funnel attached, or without. 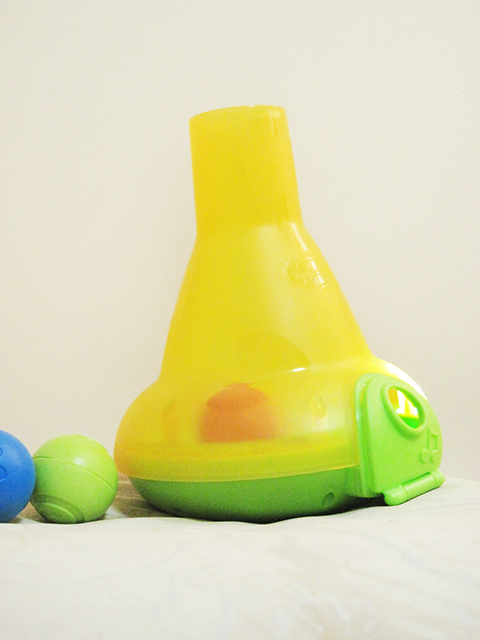 The various textures and elements keep my baby interested. There are the floppy ears, the fringe at the end of the head/cone, and the Velcro hands. 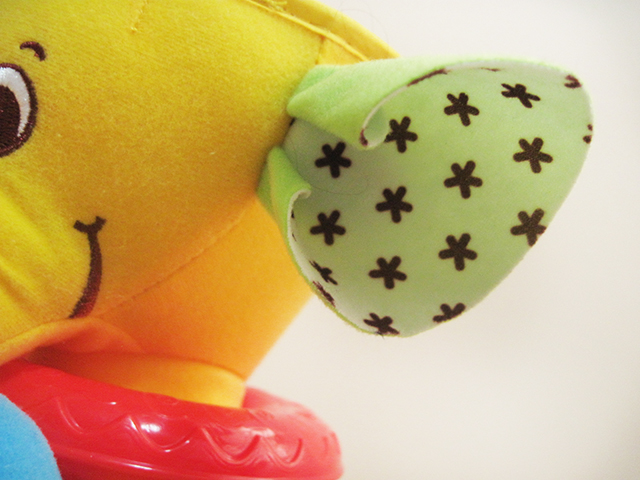 My main issue is with the music and sound. I found the music to be tinny and unsophisticated – like the first ring tones. Honestly, this is personal taste, but it does cause me to give it to him to play switched off. That’s not such a bad thing in my opinion – since there is enough entertainment involved without the sound. I don’t think that everything needs to be electronic.

The “button” is hard to hit, and the ball needs to be put in at the right angle, meaning that more often than not placing the ball inside does NOT set off the music. That’s just another reason I give it to him switched off…. 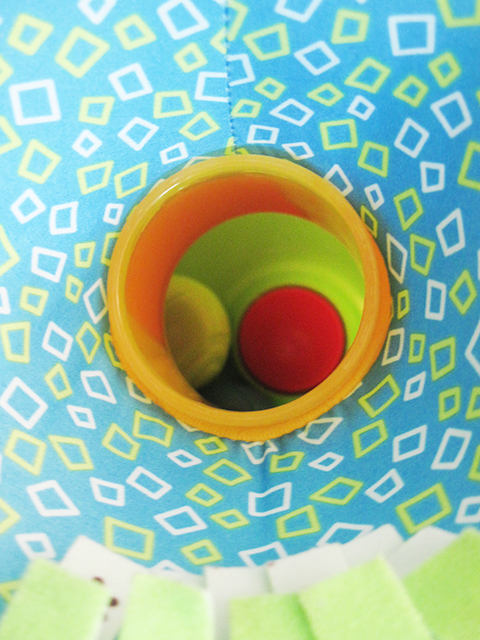 Who It’s Great For: 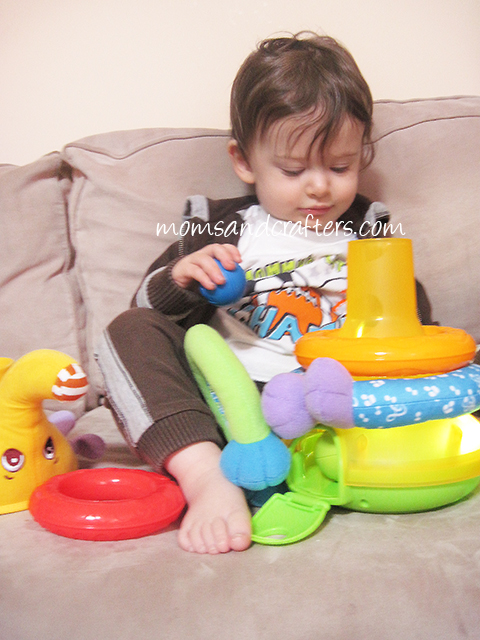 As a musical toy, I’d give this three stars, however, since it’s been functioning or us 100% as a non-musical, fine motor and cognitive skills toy, I’d highly recommend it in that context, and give it five stars. I do feel like such toys don’t need to be musical. I also think that for the $30 price point, you are getting plenty of bang for your buck.

Disclaimer: Tiny Love sent me the Musical Stack and Ball Elephant to facilitate this review. All thoughts and opinions are my own, and I received no monetary compensation for this post. This post contains affiliate links.

This is really cute toy. I can tell it is durable too and will last a long time. Surely will entice any little one!

This toy is adorable and one that a child could grow with! I love that it has an area with little balls to play with ! Super cute. I think My daughter would enjoy it!

This is perfect for my little ones motor skills! Great design!

My son would love this! It is adorable! I love that it can help with motor skills and it's so colorful!

Before I had children I worked in a department store in the children's section. My favorite part was the little section of toys. They were so bright and soft and fun looking! Some even had a sweet powdery scent to them. This toy reminds me of those! I love that it had a few things going on with it so that the baby could keep figuring out different things! I wish I had this for my child, but I do have 2 baby showers coming up, so this might be a great purchase for them!

Thanks for the thorough review! I loved that you put the features right at the top!