One day, pasta is a winner. The next day it’s basically poison, because you added sauce. How dare you add sauce? The week after you did it all wrong, because you made ‘pighetti and not pasta! EVERYONE knows that ‘pighetti is gross and that pasta is elbow shaped, small and delicious – but not if it’s too hot! You heated it! How could you heat it? Do you actually hate me?

Does all this sound familiar? You’re probably dealing with picky eating… and/or toddlerhood. It’s one and the same. These tips and tricks were taught to me by my paper thin son who is the king of picky eating. Disclosure: this post contains affiliate links.

When M was really little, we followed all the rules “serve ’em salmon and broccoli, they’ll eat anything, blah blah blah”.

Well, whomever made those rules never met M. He ate everything until  he suddenly hit full-on toddlerhood. Then he decided he wasn’t interested anymore.

For us, the first step was to discuss it with our pediatrician. We strongly suspected sensory issues. He got hysterical when his hands got dirty, and therefore didn’t want to eat anything that might cause that. He is terrified of hot food (by hot, I mean slightly warm.)

If you’re struggling with picky eating, definitely discuss it with your doctor and try to nail the source so that you can really work through it.

So while we may have found the source, it doesn’t help that we’re starting OT in a few months, and hopefully we’ll fix it. Because the kid’s got to eat, y’know, every day. Meal time can’t wait until the new school year. 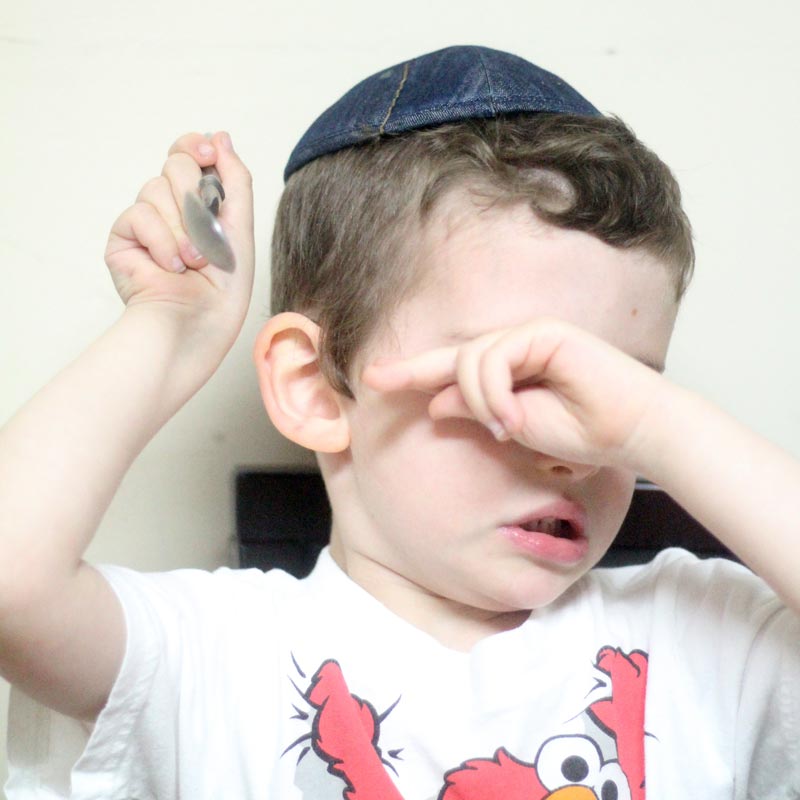 “Don’t worry,” they said. “His instincts will kick in,” they told me… But of course, as his mom, I know the truth. M simply will not eat.

There came a point where most of his meals were fed to him while distracting him with toys, books, etc. But slowly, I did what all moms do, and I learned the hacks to get around my kid’s issues, as we try to help him get past the underlying problems.

So, I figured I’d share some of the kid-invented ideas for picky eaters so that you can start a few steps ahead of where I did.

Please note: each child is different, and what worked for me might not work for you. My job is simply to bring you mom-to-mom solutions that you can try if it’s a fit for your child and your lifestyle.

You’ll see that most of these hacks for picky eating are really geared toward making the food fun and more palatable for the child. That’s because you’re giving control to the child instead of putting pressure and retaining your control. In other words, you’re avoiding a power struggle, and playing your cards behind the scene to make eating something your picky eater WANTS to do.

Granted, my kid is terrified of hot foods, so freezing it seems the obvious solution.

One of the first foods I learned that I can give him any time was string beans straight from the freezer! No heating. He had a meltdown the last time I tried to microwave them… Fine, kid, you want to make my life easier? You won’t find me complaining.

But seriously, you can freeze anything. A PB&J. Breaded chicken. Broccoli. You can even buy it frozen, then you don’t have to make it!

Seriously, though, you can stick many things in a blender. I have this one, which is the perfect mix between single-serve, and hard-core for when you need it.

A favorite combo of ours is a banana for sweetness, a few baby carrots, a few frozen broccoli florets, some chia seeds (your picky eater won’t even know it’s there), quick oats if you want, topped with milk. You can switch pretty much any of the ingredients, just make sure you have the sweet or it might backfire.

If you’re dealing with a toddler who can’t drink out of a cup yet, try putting it in a sippy cup. I used to put M’s in this one before he was able to “cup it” and it went through great. 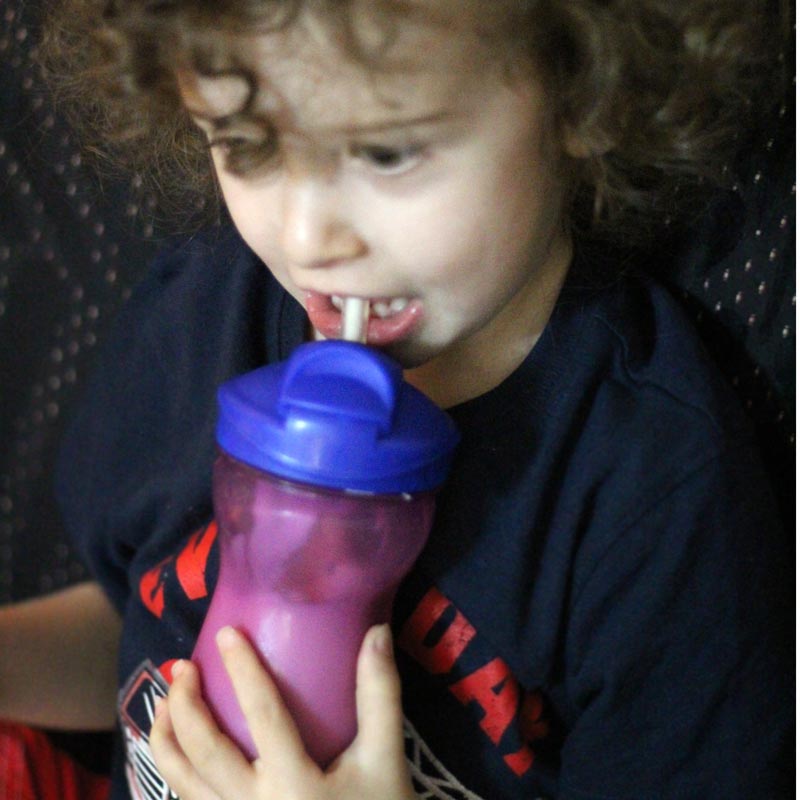 3. Blend it and then freeze it.

Yep, you can combine the previous two. Turn pretty much anything into popsicles. You have the disadvantage of “time spent eating” but the perk of being able to pop out a meal when emergency strikes.

This is one of those “I can’t believe we didn’t think of it sooner” hacks.

Use a toothpick. Easy to master, keeps you clean. Duh.

Actually, my kid brother came up with this one when we were visiting, and it’s nothing short of genius. It works like a charm. Use it on chicken, meat, raw or cooked veggies… A preschooler will even enjoy the game of picking up peas with a toothpick!

Want to up your game? Get  something like this – it will even make mealtime fun. FYI make sure you only try this with a child who’s old enough for toothpicks.

Also on the list of “I should have tried this sooner” is cutting food into fun shapes. You might not picture yourself the Bento Box Mom but if you use this to slice that sandwich into cute shapes, you may just have a winner. You can  even try cookie cutters if you’re not into having extra sandwich slicing gear.

Every day M takes a cream cheese sandwich for lunch. Every day, M returns with at least half of it still intact. One day, I sent him heart sandwiches “because mom loves you.” (Baby Y got to eat the scraps, poor second child that he is.) He came home with not a scrap left.

He won’t touch pasta if it has sauce in it, like every other kid in the world, but he’ll beg for olives.

See, it goes beyond just offering him olives for dinner. He gets olives for dessert if he eats his dinner. Come on, is that not a total mom win? He doesn’t want the ice cream because it’s too messy, but olives work. But we wouldn’t have known that if we hadn’t given up before we tried.

You know what else he’s eaten that has caught us off guard? Tomato + anchovy + onion salad, down to the last raw onion. So even if you don’t expect a picky eater to eat something, don’t limit what you offer. 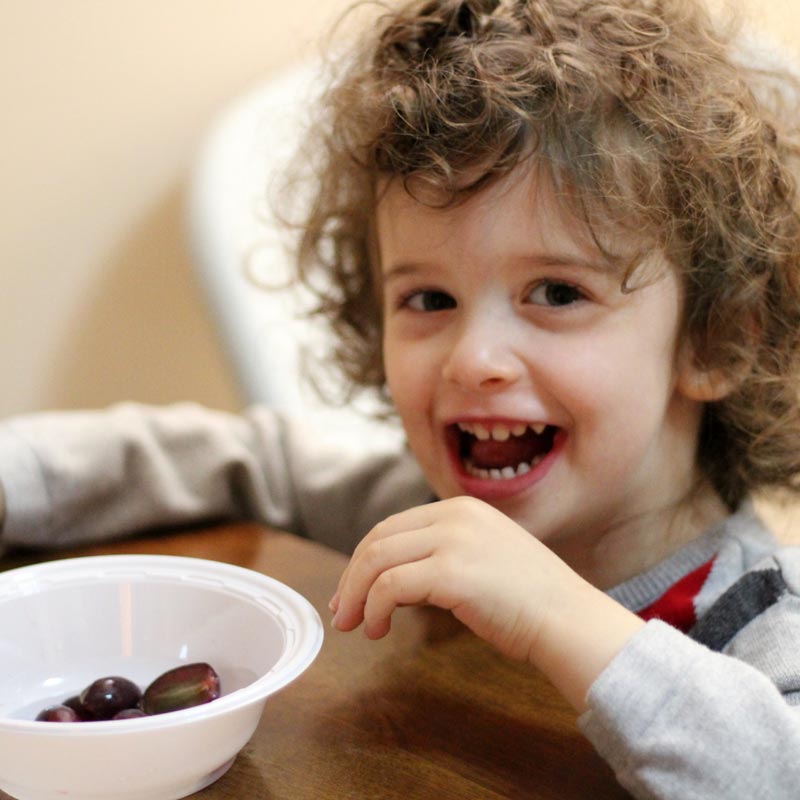 7. Close your eyes and open your mouth.

Granted, he caught onto us pretty quickly, but the “close your eyes and open your mouth” game took us through many a starvation diet. Not seeing the food helped get rid of some of the associated anxiety.

It also turned it into a game. We still pull it out sometimes – and it works when used sparingly.

Unfortunately, this is our go-to foolproof plan to ensure M gets his proper nutrition. I say unfortunately because it really avoids the problem rather than solves it, and it does nothing to teach him independence and self-care.

We read him a book. We give him a bit of (gasp!) screen time – usually watching a game or music videos with my husband on his phone. We take out a  highly engaging toy that’s hasn’t been played with in a few weeks. And while he plays, we feed him.

Usually, he doesn’t have that chance to panic and it works. If it’s something he truly doesn’t like, he won’t eat it. That’s a good thing, because that level of awareness lets us know we’re not “forcing” him, we’re just removing the anxiety.

I made him a pizza bagel. He wouldn’t touch it. He helped Daddy make one, choosing his own toppings (olives, of course.) He downed it, by himself, in two minutes.

And the next time when Daddy made it alone, he ate it too.

Okay, that’s not foolproof with my prince, who will refuse junk food if it’s too messy. But some things he’ll eat. For example, cupcakes. Read: muffins. Ones that sneak in veggies.

You’ll find loads of recipes out there that sneak in vegetables, and as long as they don’t have too much junk in them otherwise, they’re a great solution.

Even M, with his phobia of getting dirty, loves to dip. It’s ingrained in kids, and worth a try.

The classic solution: dip it into ketchup. M doesn’t go for that, but he loves hummus (he’ll even eat it off a spoon!) You know, as long as it’s “gray” hummus – regular, no spices, no oils, no “scary” things on it – his words, not mine!!

So he dips carrots, bread, pretzels, and even chicken into hummus.

Some other dip ideas: natural peanut or other nut butters, cream cheese, yogurt… 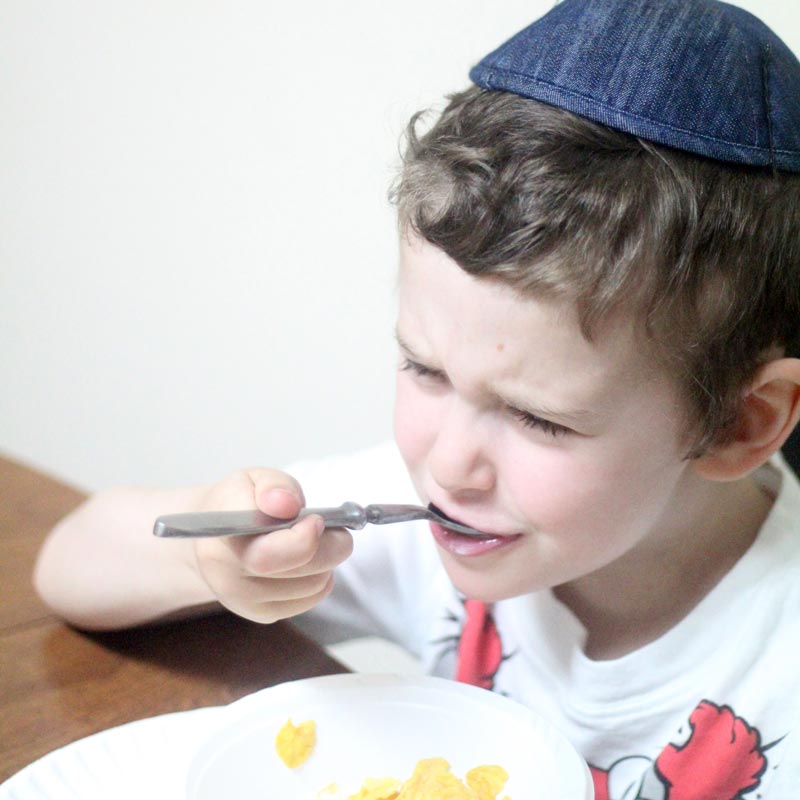 Dr. Orlena Kerek, a pediatrician and mother of four recommends a single phrase as an alternative to the one bite rule for picky eaters (which has some dangers, as she explains  in the article above.) You can get her books on feeding kids here if you want even more direction and helpful advice.

One of my main guidelines to conquer picky eating is to avoid turning it into a power struggle or pressuring your child to eat.

Obviously, you need to make sure your child is getting proper nutrition, but that’s where your doctor comes in. Don’t allow these hacks to get you through enough that you don’t try to find what’s underlying, or at least check in that the picky eating is to a normal degree.

I hope these tips and hacks to help deal with picky eating get you through some meals! Do you have any to add? Comment below! 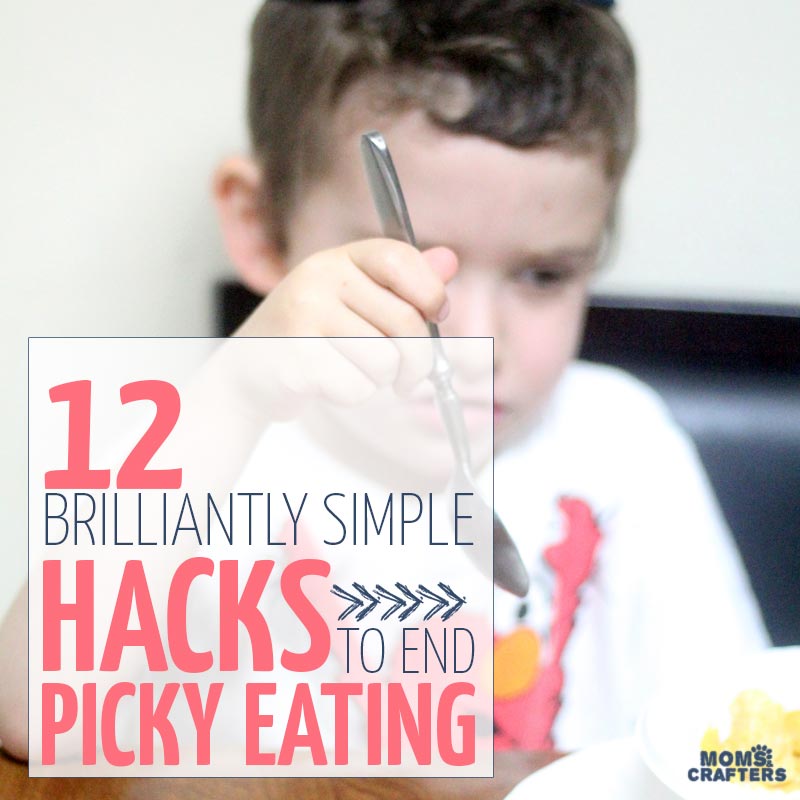 Wow what a struggle you have gone thru, but as a parent yes we do put ourselves in these positions and no we won't change them for anything!! Thank you I hope some of your ideas work for my Mr 5, he will only eat chicken nuggets and steak...some veg would be amazing, I am going to pull out the blender tonight and give that a go too. Thank you