There is a fine line between using technology, and letting it take over your life.

It’s a fine line that we swore we’d never cross.

It’s one that’s easy to miss, go over, and never come back again.

You know how a child born to a drug addict or alcoholic is born addicted? It seemed that M (now two years old) was born addicted to devices. I was a huge advocate of “no screen time until two”, and other measures of limiting a baby’s access to a device.

But what do you do if you’re breastfeeding and your baby is already grabbing at your phone?

It almost felt like I had passed on my addiction to him.

I wasn’t REALLY addicted. I was always kind of a geek. I liked to use tech, and could make my way around it quite easily, and would even spend more time researching hacks and Easter eggs on the device than I would actually use it.

But as time went on, somehow, at some point I seemed to have crossed that line.

I couldn’t figure out why M was so desperate. He’d throw a two-hour tantrum because I didn’t let him play with my phone. He’d push me away, and grab it out of my hand.

It came to a point where he would refuse to play, even with fresh toys.

I looked around. I was on my phone.

My husband was on his phone.

And we expected him to play.

He was asking for our attention but our phones had our attention. So he wanted a phone instead. Sounds reasonable for a two-year-old, doesn’t it?

Children learn by example. We were setting a just-slightly-over-the-line example. I realized that we needed to set those phones down.

I wasn’t really addicted as I mentioned. I was working, checking and answering emails, pinning my hundred pins a day, managing my Facebook page, and doing all sorts of super important things.

Except that I was addicted.  And I was only able to realize that once I tried to put that phone down.

I simply couldn’t. There was a pull.

The real challenge comes when we’re not doing anything else.

If I’m watching him play (he does NOT let me work on the blog in his presence), I might as well pin, right?

Because, as I quickly learned, he started to join me and read too. He copied me exactly. I was reading a magazine, he grabbed a magazine to “read”. I read a newspaper, and he perused the auto ads on the back.

Because children copy us exactly, measure-for-measure.

M has a bedtime. He has a naptime too (when he feels like it…) I can work, pin, Facebook, and email then. But while he’s around, I realized, my main job was to parent. And the best way to parent is to be the adult I want my child to become.

Those of you who know me are aware of my tendency to lean toward moderation in parenting. I like to take the middle road. I’m not a “cold turkey” kind of person.

So I came up with some simple guidelines to help us conquer our digital demons.

My suggestion is to try these one at a time, and slowly implement them. Breaking it up into bite-sized tidbits can make all the difference.

Sign up for blog updates and new posts and get this inspiring coloring page for free: "Think of the mess like fairy dust - one day it will go away and take all of the magic with it".

Success! Now check your email to confirm your subscription and download your freebie

How we cut back on phone use bit by bit:

1. Take a day of the week off: This is something that we were already doing, as we observe the Sabbath every Saturday. We totally unplug. I had already noticed that M was behaving better those days, interacting better, and probably mirroring my behavior exactly.

This might seem too crazy, but in reality, I take two consecutive half days off. Meaning, I unplug the second half of Friday and the first half of Saturday. Try it on a weekend (Saturday evening to Sunday evening might work better for you) as people don’t necessarily expect you to be accessible.

2. No phone for the first hour of the day: Waiting an hour before checking your phone can give you the benefit of a more calm, focused morning. Eat breakfast together – the device will wait! Try exercising in the morning.

3. No phone during meals: This is a classic time that many families will implement phone-free time, and for good reason! Look at each other while you eat, talk to each other, and allow family time to be family time.

4. Set aside a phone-free hour: I determined that the best time to focus on no-phone time is when my husband is also at home, as that’s when M really can feel like he’s surrounded by phones but HE doesn’t get one.

Set aside one hour – say an hour before bedtime to totally ban phones. No touching and no answering calls.

5. Disconnect: Leave your data/wifi on only when you need it to be. You’ll find yourself less distracted by every Facebook ding,  and you’ll have a MUCH easier time accomplishing.

I don’t think we’re the only ones who unknowingly crossed that line. We’re not about to ban technology. We need it but we need to control it.

Once the attitude of awareness, and the mindset of “JUST PUT DOWN THAT PHONE” set in, I have noticed a huge difference.

Have you ever felt that technology has taken over your family? What advice do you have to share with other moms in our position? Share in the comments below! 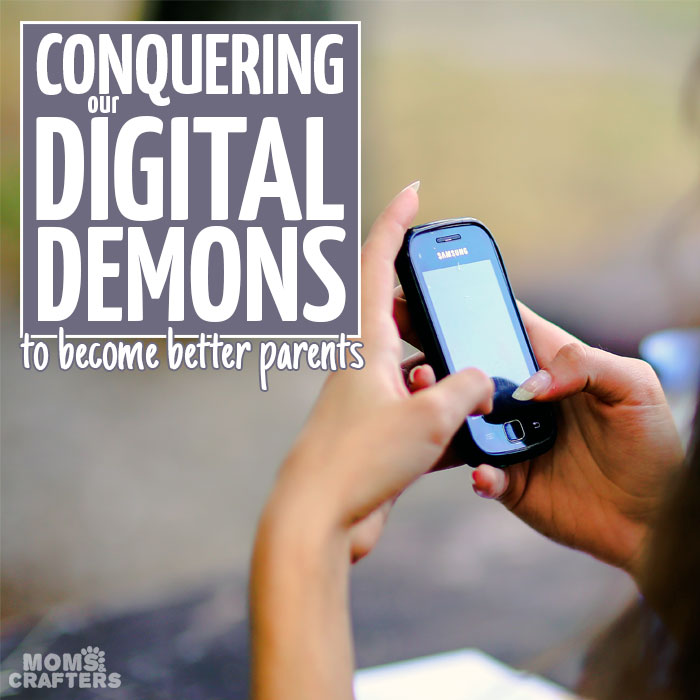 Fantastic job addressing this new family addiction with realistic solutions. I found myself one holiday sitting with son, DIL, and little grandkids. Guess who was the only one not on a device? LOL. And that doesn't mean I don't also spend hours on the internet instead of living - I do, too! How much harder it must be for families who grow up with technology to enjoy just being with each other.

Thank you for your feedback ;) Also, I've implemented your input, but removed it from the comment to adhere to the sensitivities you pointed out. I REALLY do appreciate that! 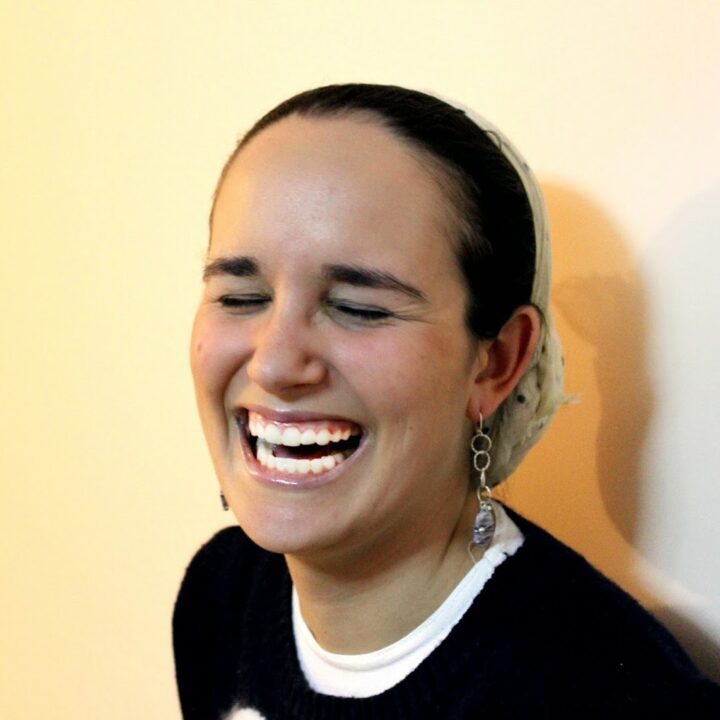 Hi! I'm Menucha, the lone force behind Moms and Crafters. I'm a craft-addict and thought I'd share my ideas with the world. While managing my home and kids, I craft, draw, write tutorials, and drink LOTS of coffee.