M’s is rather obsessed with Elmo, so for this past Purim, I decided to dress him up as his favorite red monster. I made this easy DIY Elmo costume in minutes – no sewing or anything else that requires special skills. Disclosure: this post contains commissioned links.

DIY costumes really don’t need to be that hard. This Elmo costume for toddlers took under 15 minutes to assemble, and didn’t cost much.

The main part of the costume is really the hat – that’s what turns the rest of the getup into an Elmo costume. The rest is reusable – meaning they are not costume-specific. I love making easy costumes with normal clothes like this.

I personally don’t like to spend much on costumes as they tend to be worn once. When M was a baby, we picked him up and adorable, cheap costume on clearance – and it was worn only once. That means we spent $8 for a single use. 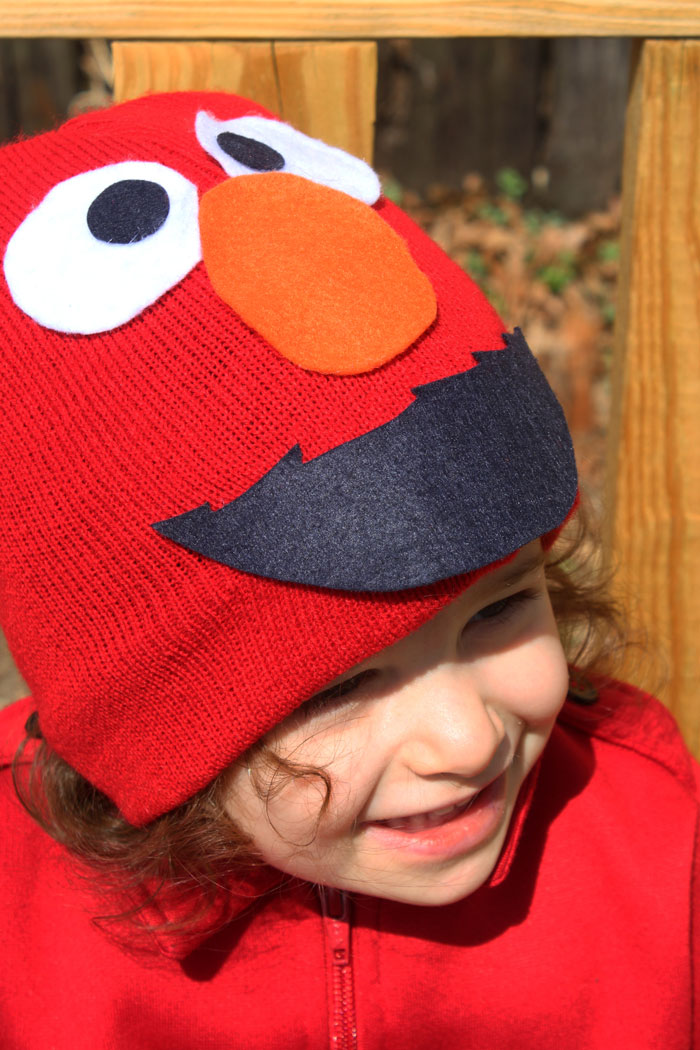 When I make DIY costumes, I like to create a single item that works only as the costume, and use other pieces of clothing that can be reused at any time. So, for example, a red footed sleeper turns an Elmo hat into a full costume. Afterward, it makes great pajamas for the long winter ahead. 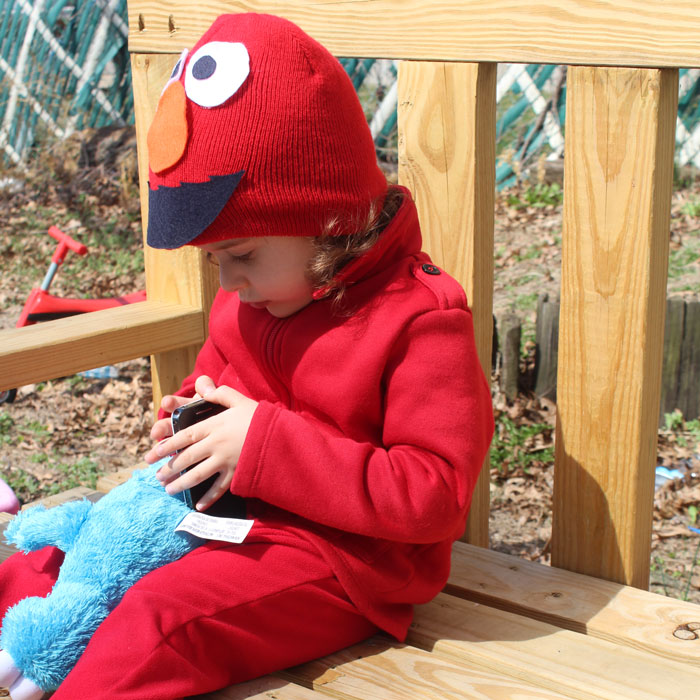 Another way to turn this DIY Elmo hat into a full costume is with separates – a red tee, red pants or leggings, and red socks over your child’s shoes. I couldn’t find red long pants when I put this together last March (we were heading into the summer clothing in stores.) 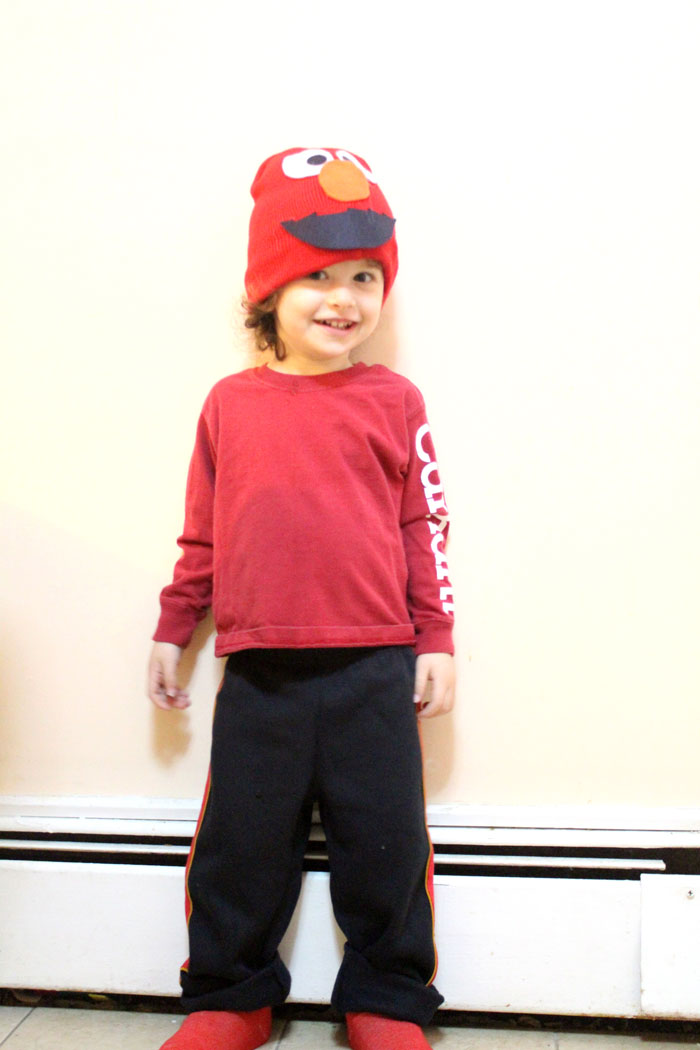 As I mentioned, you don’t need to sew to make this! You can simply glue on the pieces of felt… I did NOT use a pattern as Elmo shapes are quite simple to make, but if you want  a little help, just Google photos of Elmo, print it out, cut out the parts, and use that as a template. 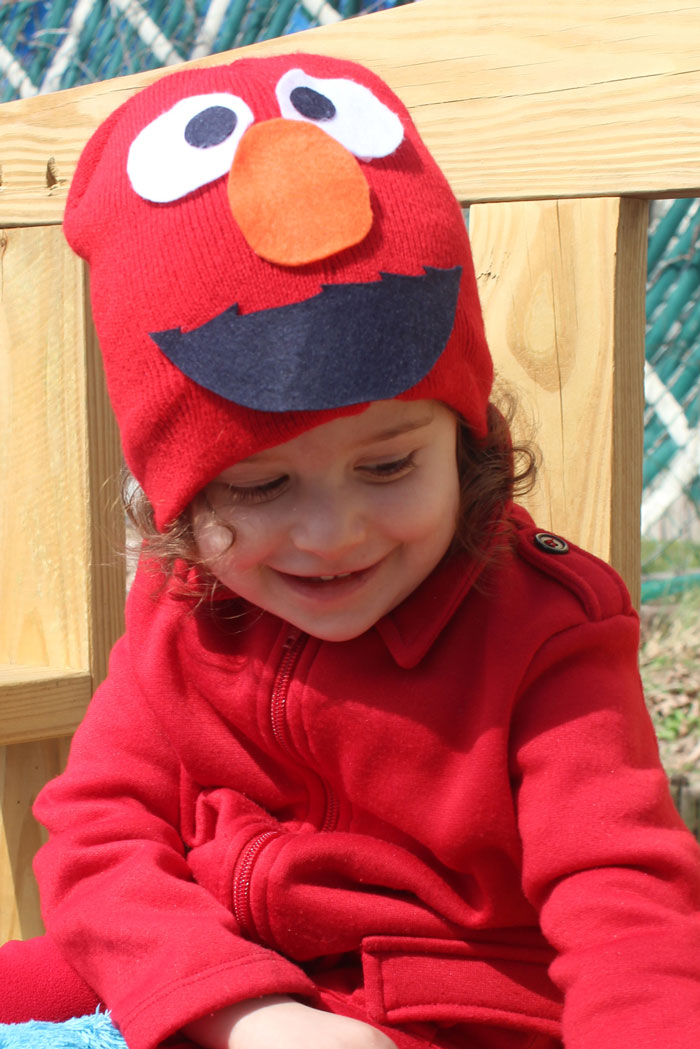 M happened to also have a red coat that he was able to wear over the sleeper without ruining his costume. It’s also a coat he wore the whole winter, but it’s a great consideration if you anyway need a coat for the winter ahead.

To be honest, since he’s a toddler now, who loves to dress up, we do reuse the hat as a dress-up toy.

What you need to make a no-sew DIY Elmo costume:

How to make an Elmo costume for toddlers:

1. Draw a circle onto white felt. Cut out two of them the same size. 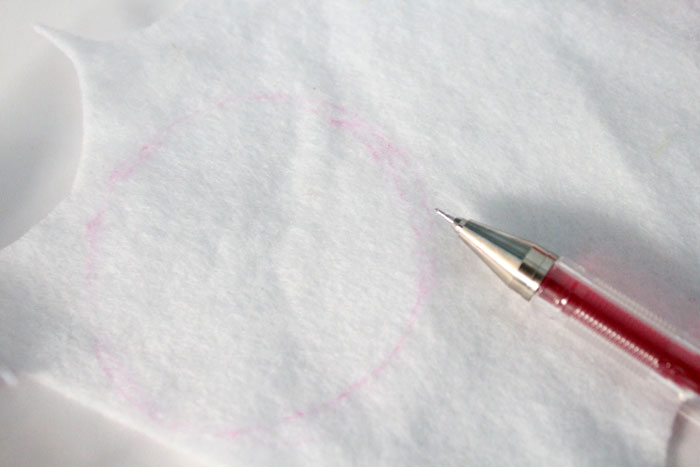 2. Do the same with smaller black circles. 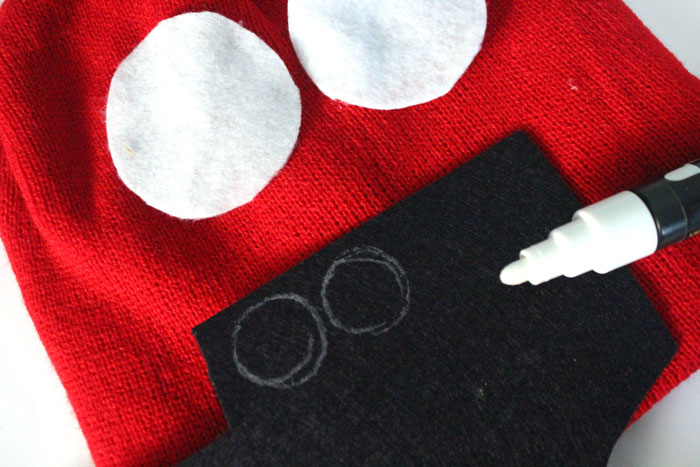 Arrange them as pictured. 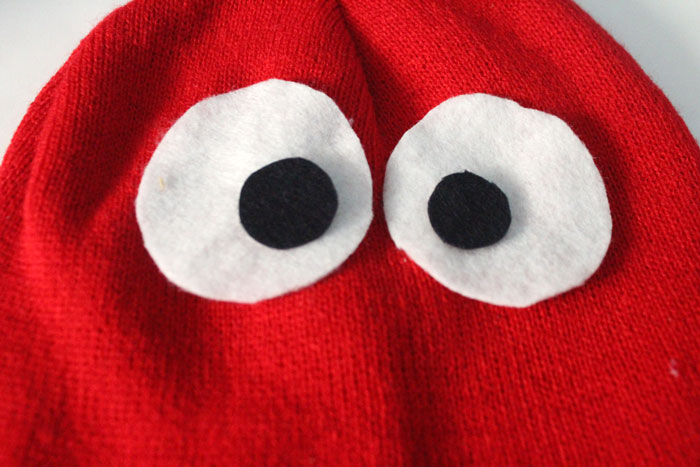 3. Draw out an oval with a slightly narrower top on orange felt. 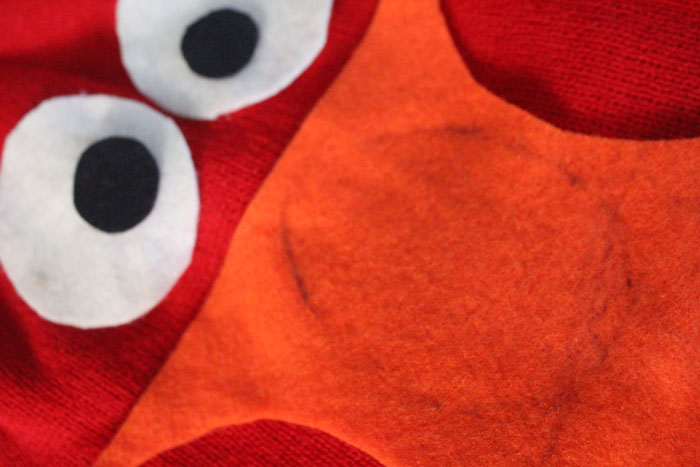 4. Draw a mouth on black felt. It’s pretty much a crescent with some fur at the top… 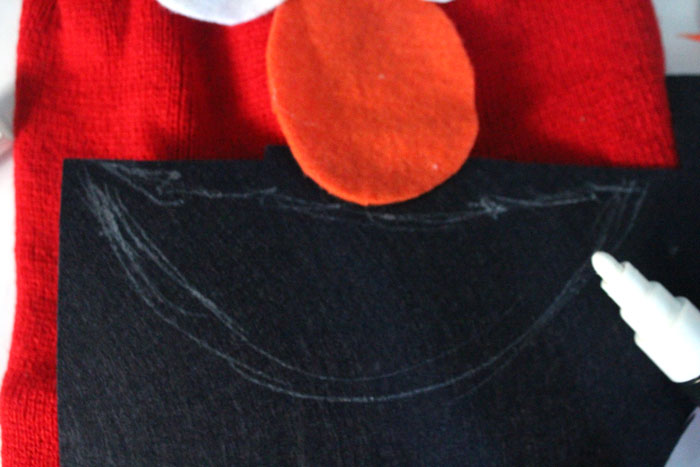 5. Arrange your pieces into an Elmo shape and glue on. Make sure to glue around the edges so that it sits nicely. 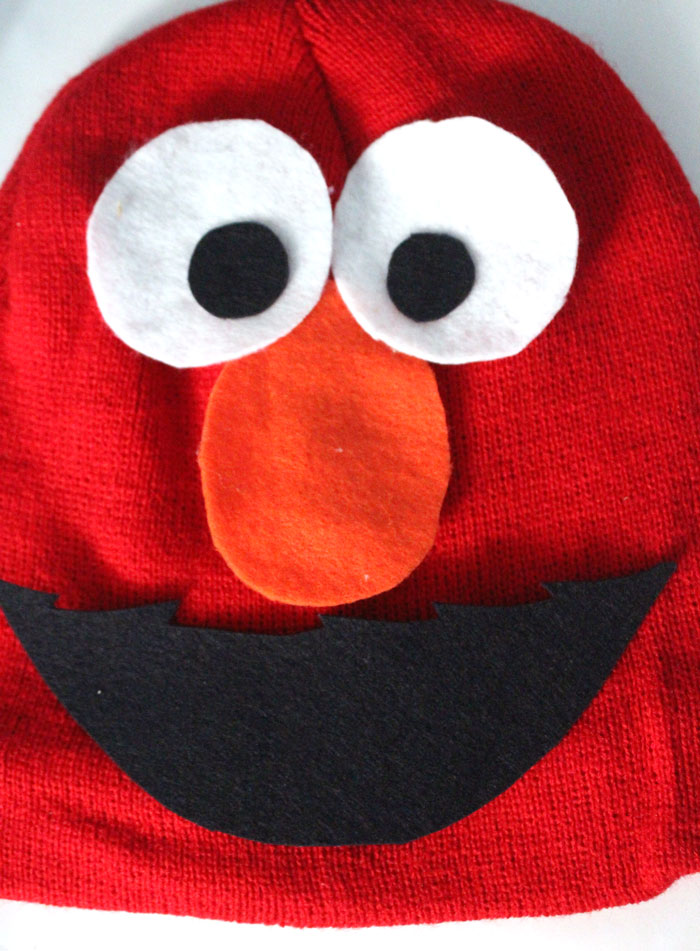 Pair it with the rest of your costume for a toddler-esque Elmo getup! 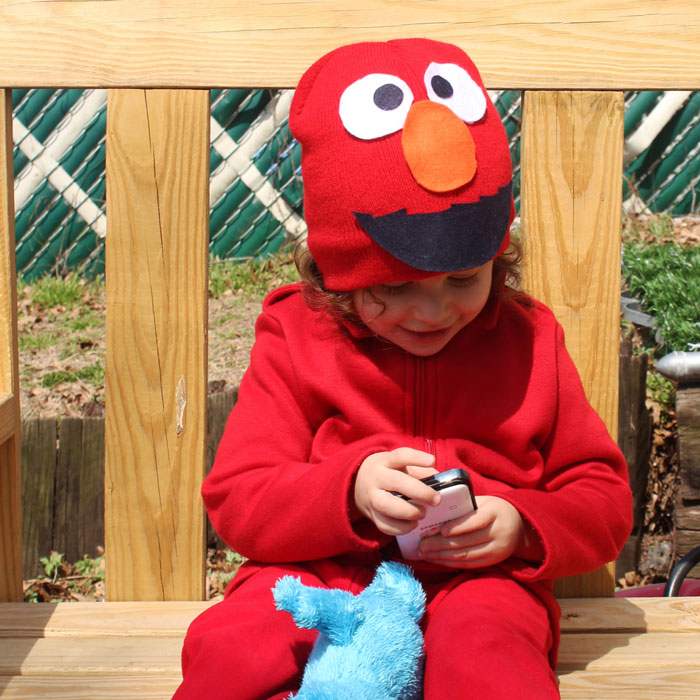 Have you ever made an Elmo costume for toddlers? How did you do it? What is your favorite DIY costume you made? Comment below!

Thank you for the idea! It worked out wonderfully for my kiddo last night!

I'm so happy to hear it worked well!

The ultimate collection of DIY Halloween Costumes for Kids - onecreativemommy.com