Enjoy this golden potato latkes recipe – a favorite Hanukkah food of mine and my families!

If you scroll to the end, you’ll find a FREE printable coloring page based on this recipe so that if you cook it for a crowd, you can actually send the recipe home.

Latkes, or potato pancakes, are a yummy, crispy, greasy fried food that Jews dream of year round but mainly only eat on Hanukkah.

Yeah, it’s a massive calorie splurge, but totally worth it! I expect to gain back the ten post-baby pounds I lost just on latkes this Hanukkah (kidding…) Seriously, latkes are possibly my favorite food, and while we mainly make them on Hanukkah, we do make a very similar potato kugel recipe year round.

The potato kugel is baked, but of course the fried latkes are that much better… 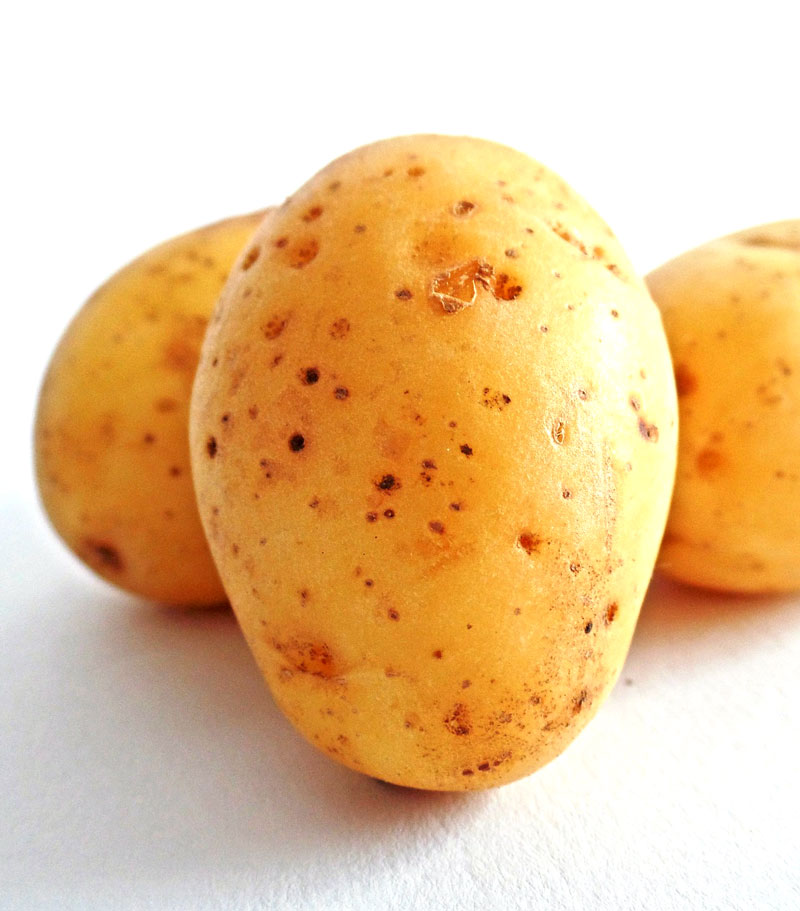 The reason we eat these golden potato latkes:

For those of you looking for some background into the tradition of latkes, the excuse is simple. When the Jews regained access to the temple, they went to light the Menorah (candelabra) which was lit daily. However, there was only enough of the special olive oil, to last for one day, and it would take eight days to get more. Miraculously, the oil lit for eight days. 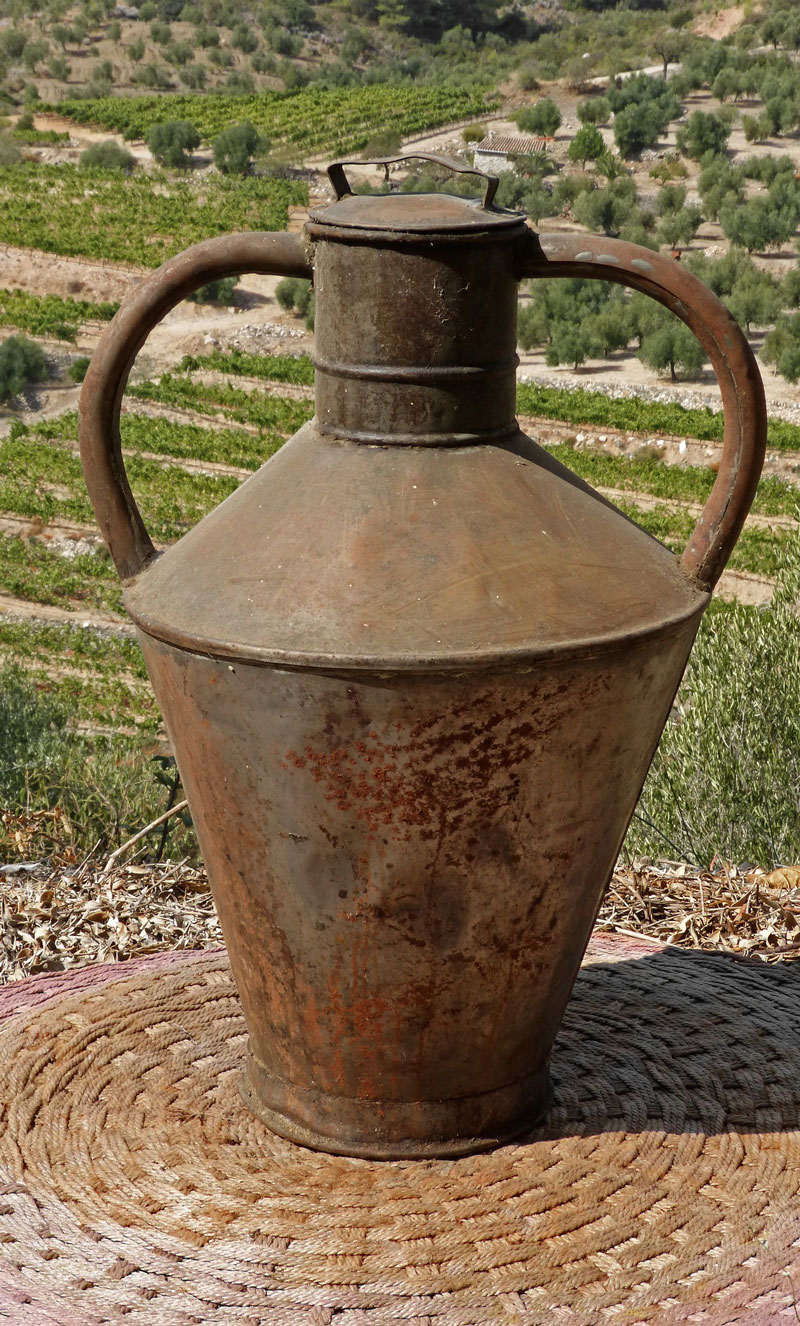 The resulting tradition? Eat fried foods of course! Latkes, or levivot in Hebrew are the most common variety. Latkes is the Yiddish term. In Israel, sufganiyot – or fried, often jelly-filled donuts – are even more popular.

The reason we make these with potatoes is probably simply because a lot of Ashkenazic Jewish tradition is based on what our grandparents did while living in Europe. They ate lots of potatoes as it was cheap and they didn’t have that much money… 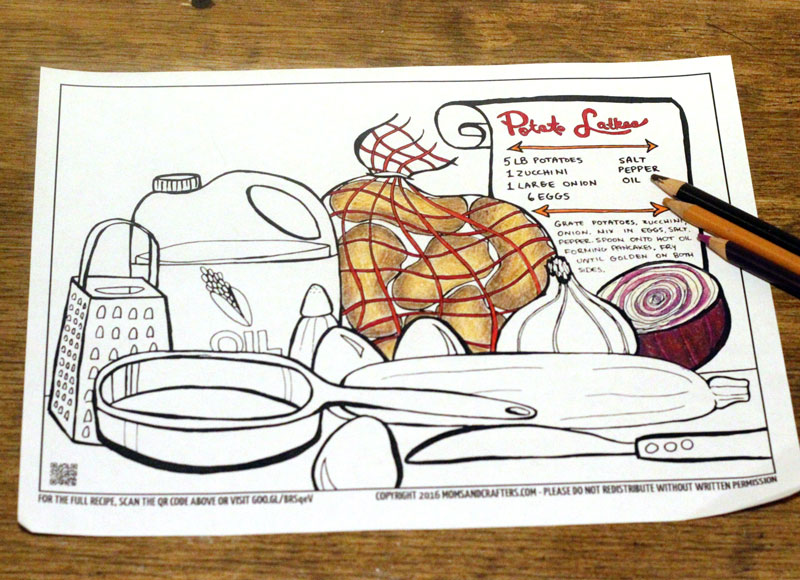 About the Golden Potato Latkes recipe:

This recipe makes a lot of latkes. The latkes are best eaten fresh. They are high in calories (though I don’t have a good count) as they need a decent amount of oil to fry, so eat a few and share!

If you don’t want to fry so much, fry what you want and then turn the rest into kugel by baking it in loaf pans. For such a size batch, I’d usually put about a cup of oil, so do it proportionately. For example, if you fry half the batch, add half a cup oil and bake the rest.

Naturally, my grandparents would make these golden potato latkes in small quantities, grating the ingredients using a box grater… But since we’ve got all the perks of living in the generation we do, we make it in bulk, for parties, using a food processor. I simply wouldn’t be able to without!

Note: ingredient amounts vary from recipe to recipe. Even the printable version of this golden potato latkes recipe includes a different amount of eggs – simply because I’ve done it both ways in the past… it’s really not a science. My grandparents didn’t even HAVE a recipe to work with… but the idea is here for you to replicate!

If you see that you’re not going to finish all of these golden potato latkes batter/mixture at once, simply remove excess liquid (a little bit of liquid is good but a lot tends to drain out) and pour it into a loaf pan or two. Bake at 400 until golden on top.

Get a free printable copy of this golden potato latkes recipe in the form of a coloring page for grown-ups! Enjoy! 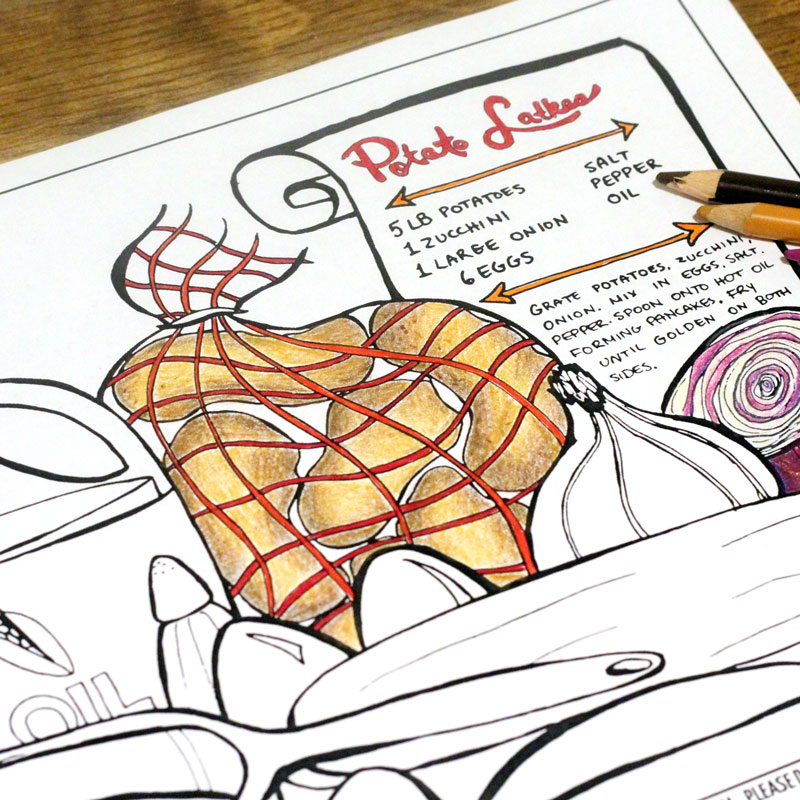 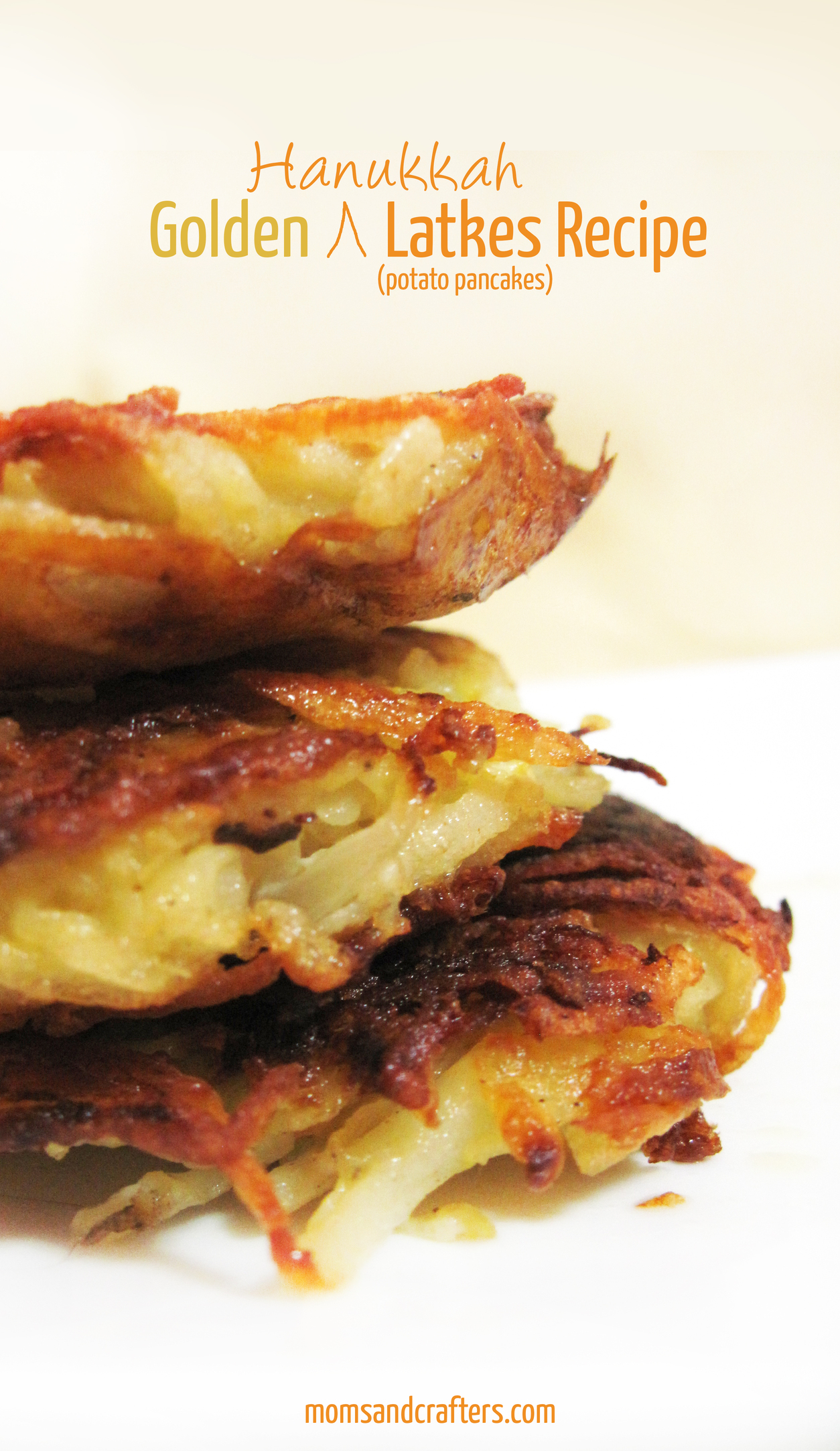 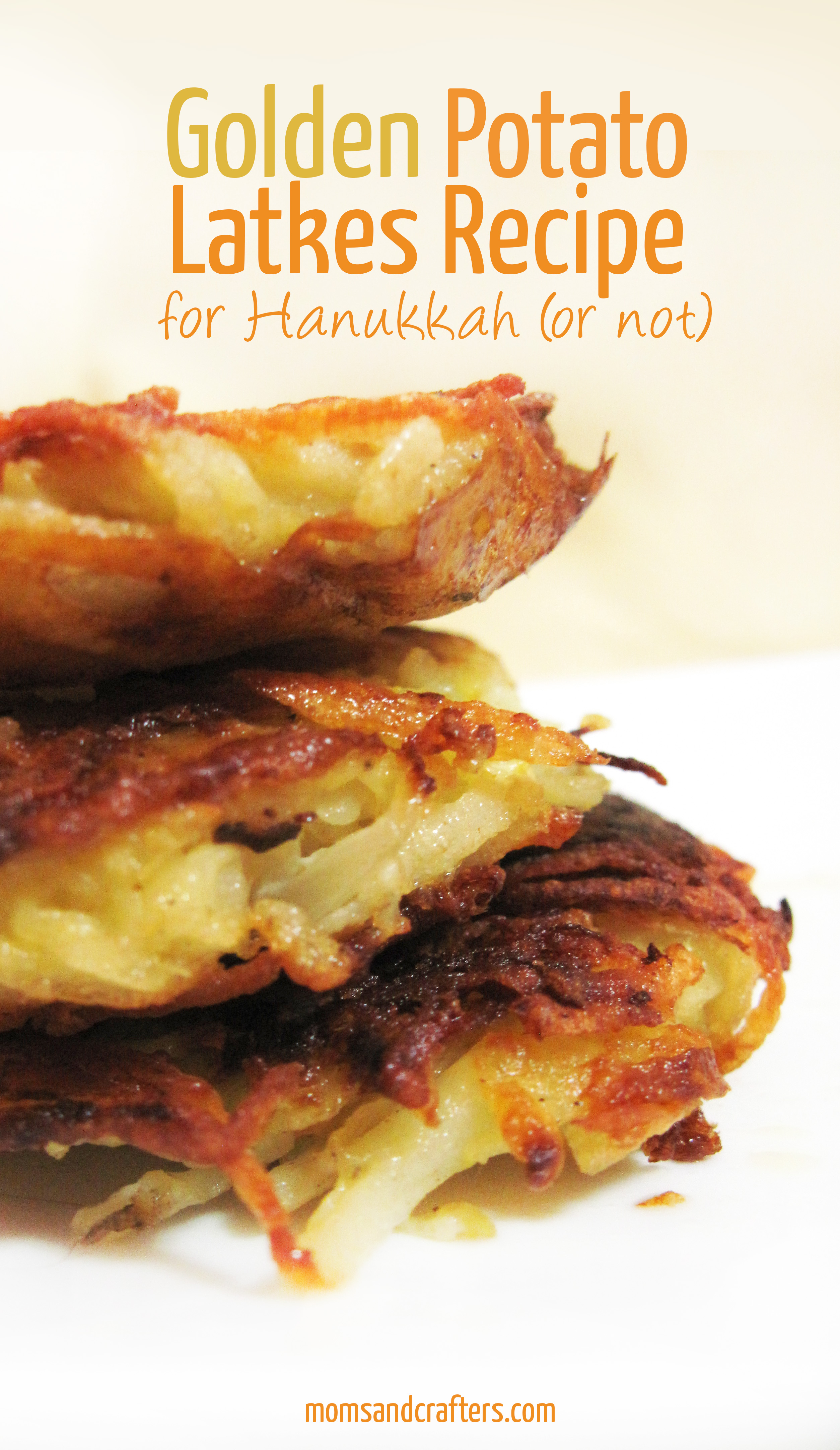 (Golden Potato Latkes Recipe for Hanukkah) These sound so good to me, years ago when my Mother was alive she use to make the best potato pancakes-

I have never made latkes, but have always wanted to. I have eaten them before and just love them! I like to eat them with sour cream and/or applesauce. Thank you for sharing this recipe!

I love baked potato with bacon and cheese but it's too much calories. So I think this recipe is better for me because I want to lose some pounds! Thank You for sharing it!

I used to make Potato Latkas when my kids were home but since they got married and had their families I don't anymore. Your recipe is great by the way.