Home Family She called the cops on me

She called the cops on me

She called the cops on me.

By “she”, I mean the sweet mother of the other toddler at the playground.

By me, I mean a socially anxious helicopter mom, who smiled at her earlier while my son was playing on the slide near her daughter, with me hovering nearby.

So what made her, a seemingly sweet fellow mom call the cops on me? 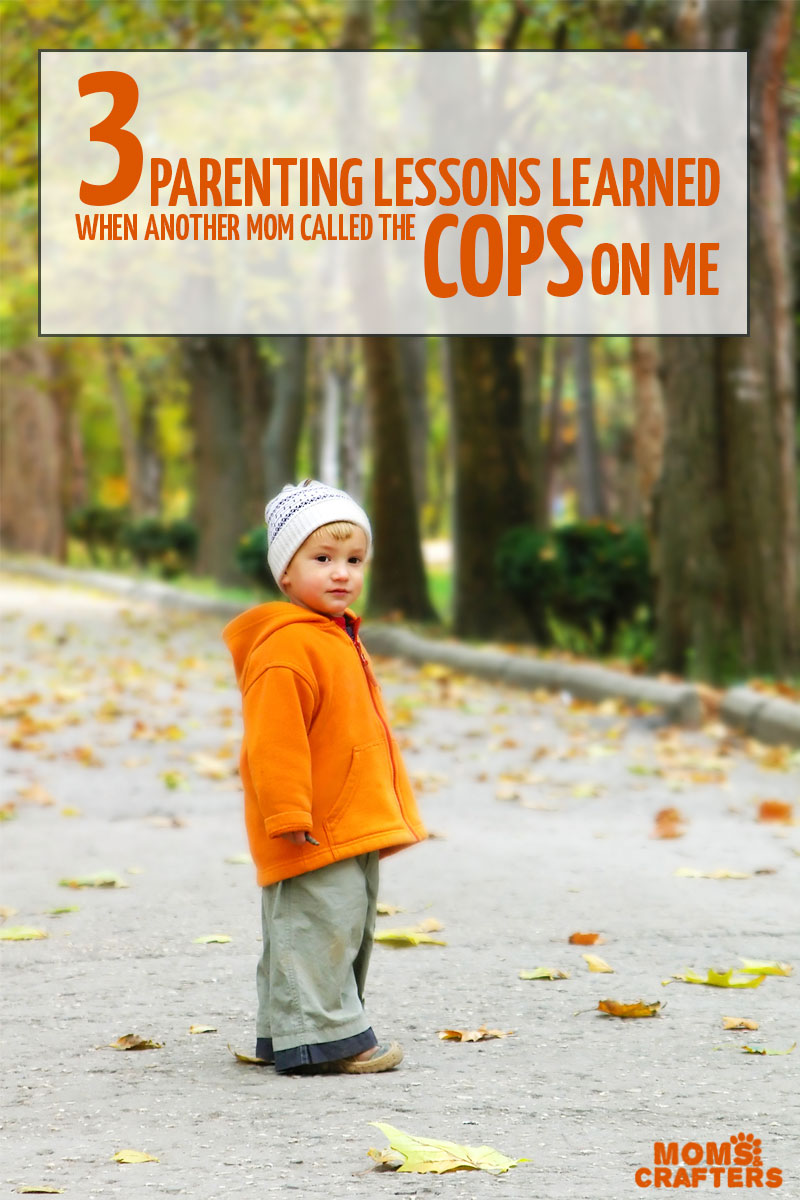 I am a nervous mother. I tend to stand over my kids a bit too much. It stresses me out to take them out, but I’m working on it.

This Saturday, my husband and I took the kids to our local playground for the first time in a while. It was very full, which gets me nervous. But it was mostly people we knew, which was reassuring too.

While my husband sat and watched, out of the corner of his eye, chatting with a friend, I hovered over the kids.

As I was helping my 22 month old up the steps and down the slide, I met this sweet woman with a child my age and I smiled at her. I went to get something from the stroller and my husband invited me to sit next to him at the park bench.

“Watch from here”, the friend replied. “What’s the worst that can happen?”

My mind immediately traveled to 30 different scenarios, with  my son falling and breaking a bone being the least of them. He could run into the street while a car is zipping by. Someone could take him. Someone we know might feed him something he’s allergic to… But I kept quiet and sat down.

The second I sat down, Baby Y was out of the park and I chased him down quicker than I knew I could run.

So I followed from a distance. And the entire time I worked on my anxiety.

“They’ll be okay. I can see them. If I lose sight of them for a moment, someone we know well will see them.”

I spoke to all my fears. I was struggling. I was working on myself. And I failed.

I was sitting and talking with a friend, while watching Baby Y run around in big circles through the empty areas of the park, making new friends with all the big kids.

M ran over to me and asked if he can go to a friend’s house. I stood up to find my husband and ask him what he thought, since we were supposed to be going home in a few minutes. I went over to the friend’s parent to confirm the invitation, and make sure that this wasn’t just the brainchild of the almost-six-year-old friend. It was, and the answer was no.

And a second later I was asking “Where’s Baby Y?!!” Only a couple of minutes had passed from when I was sitting on the bench chatting.

I didn’t see him. And then a moment later I did. He was with a few older kids – maybe ten years old or so, and they were talking to him. One of them was a child we know. I cracked up at how easily he makes friends… but then I realized something was wrong. One of the kids picked him up and started walking him towards us looking concerned.

And then a woman from the community came over to us and told her that another woman, the same one that I had “met” at the slide had just brought him in from the street and was calling the police to report negligence.

And then another woman, one that we know well, came and told us the same. And she suggested we leave the park and not wait for an encounter. We were planning on leaving then anyway, so we did.

Oh, to describe to you the panic.

I am human. I got distracted for a moment by my other child. I even said no to a situation that I felt wasn’t supervised enough! I was trying! Trying to overcome my fears, my natural tendencies, so that I can be a better mother for my kids.

And here, I was proven wrong.

Oh, how I’m going to hover the next time we go to the park! And I SWEAR there will be a next time.

I was shaking the entire walk home. My son. He walked into the street. Something could have happened. Someone could have taken my sweet, sweet son. Okay, he’s more like the devil, but he is the love of my life. I could not survive without him. And that same woman that brought him back could easily have taken him.

“What’s the worst that could possibly happen?”

All the worsts that can possibly happen rushed around my brain, fast, spinning in circles.

And one of them did. She called the cops. She assumed negligence and called the police on me.

We heard the sirens from a few blocks away. We weren’t running. We were just going home on schedule. I wasn’t guilty. I was just human. And yet I was terrified.

I’m assuming that these cops get sanctimonious calls like this all the time. I mean, what did she tell them. “Parents weren’t watching kid, kid walked into the street”? Would the police do something about that if the parents are right there, had been watching, lapsed for a critical moment?

Yet, in the same way that I had imagined every terrible scenario that might happen at the park, the thought of my child being taken from me and put into a system where so many souls are lost sent my brain spinning.

So why’d she call the cops? She has a kid that age! She should know how easy it is for a perfectly good mother to lose sight! Okay, her daughter seemed to be a sweet little angel,  a bit like my older child, not the monkey that is Baby Y.

But still, why did she call? Don’t fellow moms know what it’s like? Don’t we have each other’s backs?

I’d like to judge her favorably. I think she may have seen Y walking around for a while “on his own” with me watching from a safe distance, and wondered where this kid’s mom was. And when he went into the street, perhaps she thought that was proof that this baby was at the park himself.

But I can’t. She called the cops on me.

Me, the helicopter mom.

Me, the one who would never let anything happen to her child.

Me, the mom who wouldn’t let her older son play at a home where the parent was sleeping; the mom who never, ever lets her kids out of sight when playing outdoors. She called the cops on me.

And I still can’t believe it. 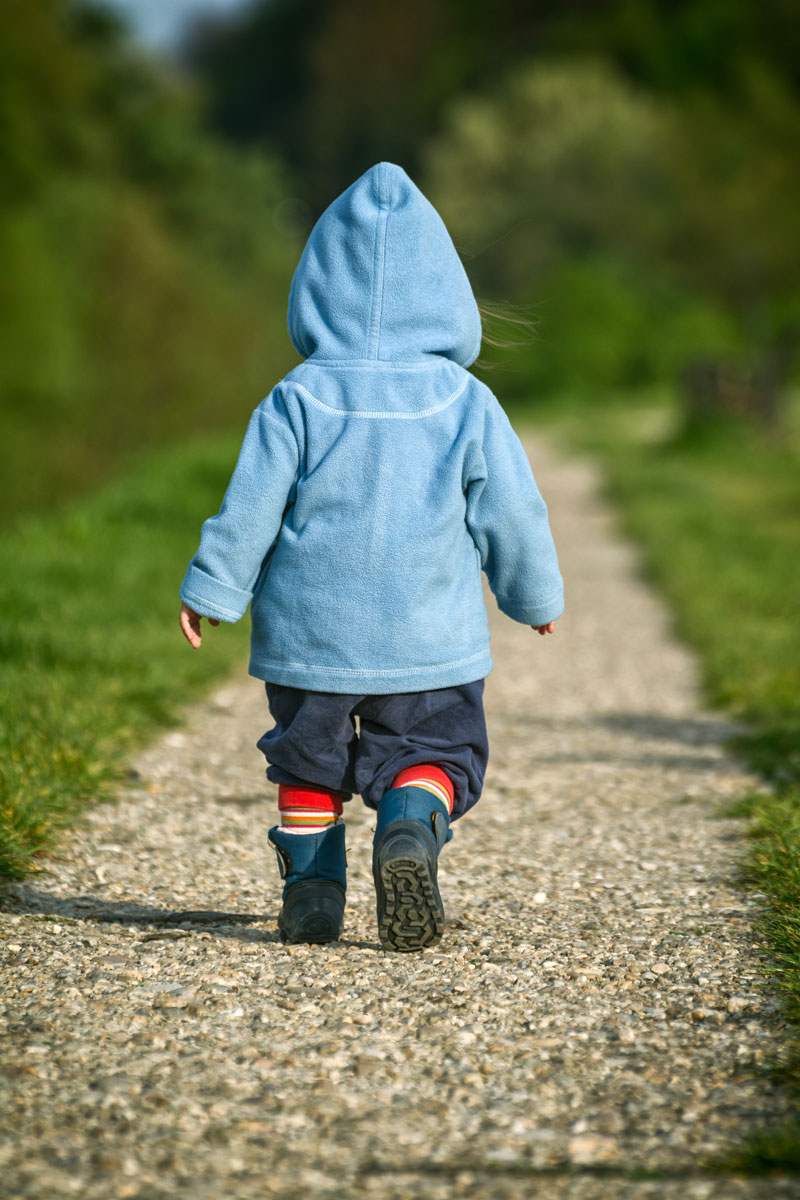 I know I need to bring you all some sort of conclusion. I know that I can’t leave this hanging. And while I work through the shock of the situation and the anxiety it brought, I wanted to share with you a few lessons I learned.

Yes, I know now that Baby Y still needs to be hovered over. If I had one hand on him, I wouldn’t forget that I was watching him, even with a small distraction, right? He’s not yet ready to not be hovered over. M, on the other hand, is ready for me to step back. I can learn to step back through him. When Baby Y is ready, I’ll step back there too.

A bad mother is one who doesn’t even bother judging because she doesn’t care. I was trying to do what’s best for my kids, and I chose the wrong one of two options.

Here’s something I learned as a child. The ten people who were considered to have never sinned in Jewish tradition are NOT the leaders like Abraham and Moses. They were more  obscure people. That’s because when you DO THINGS, you are more prone to making mistakes. When you do great things with your life you’ll make some errors of judgement along the way, you’ll take risks and make mistakes. And being a good mother is doing a very great thing. Pat yourselves on the back, mamas!

There must be some sort of guardian angel assigned to each toddler to keep him or her alive. For real.

As much as the above two points help me to some extent with some form of self-forgiveness, I still can’t live down the fact that a moment of distraction, a simple mistake, could have cost my child his life! I think back to a story from my hometown of a toddler who was playing outside, supervised, and in a moment when the mother was preoccupied, walked into the busy street and was killed.

And while I now know the kind of supervision that Baby Y needs, I also know that we can only try. We need to acknowledge that once we’ve done what we can, we need to leave it in G-d’s hands. We need to pray that we make the right decisions. We need to do all that we physically can. And then we need to realize that we are human and there is Someone up there who’s protecting our babies. 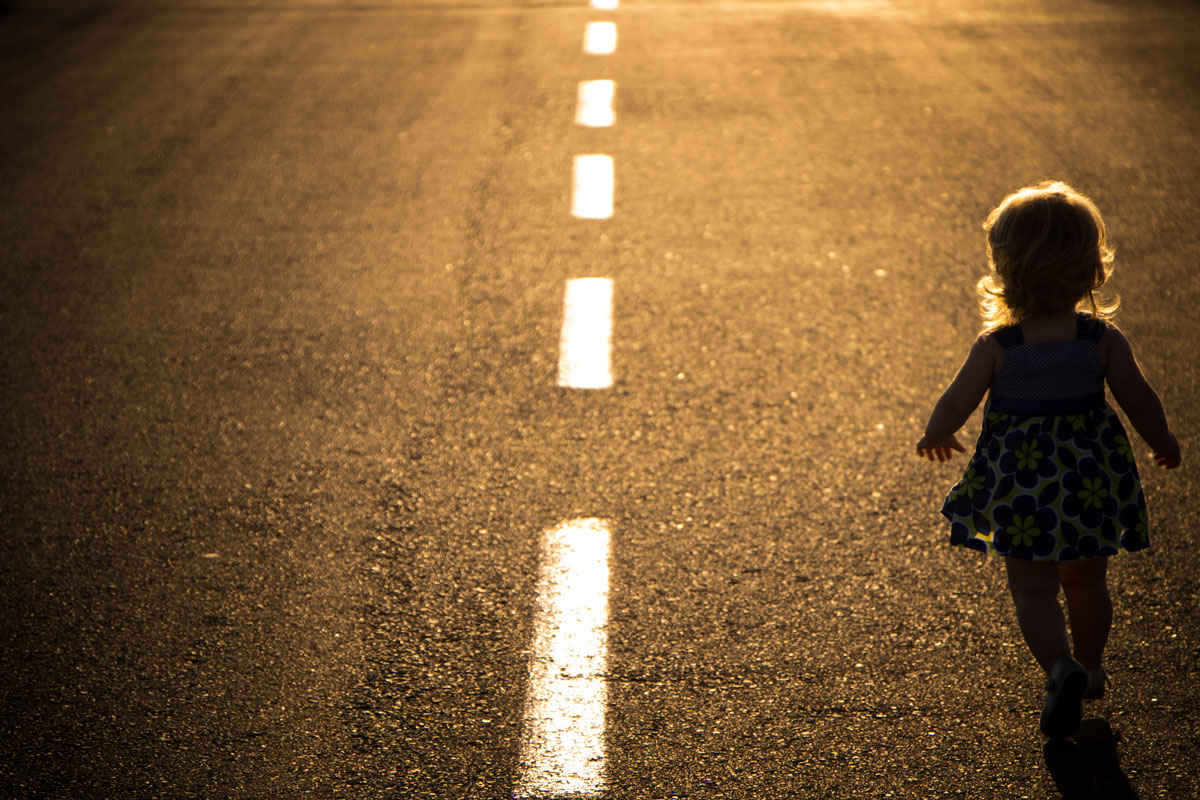