Got a toddler who takes everything apart? I’m feeling your pain. M has been in that phase for some time now, and recently I reached my breaking point. 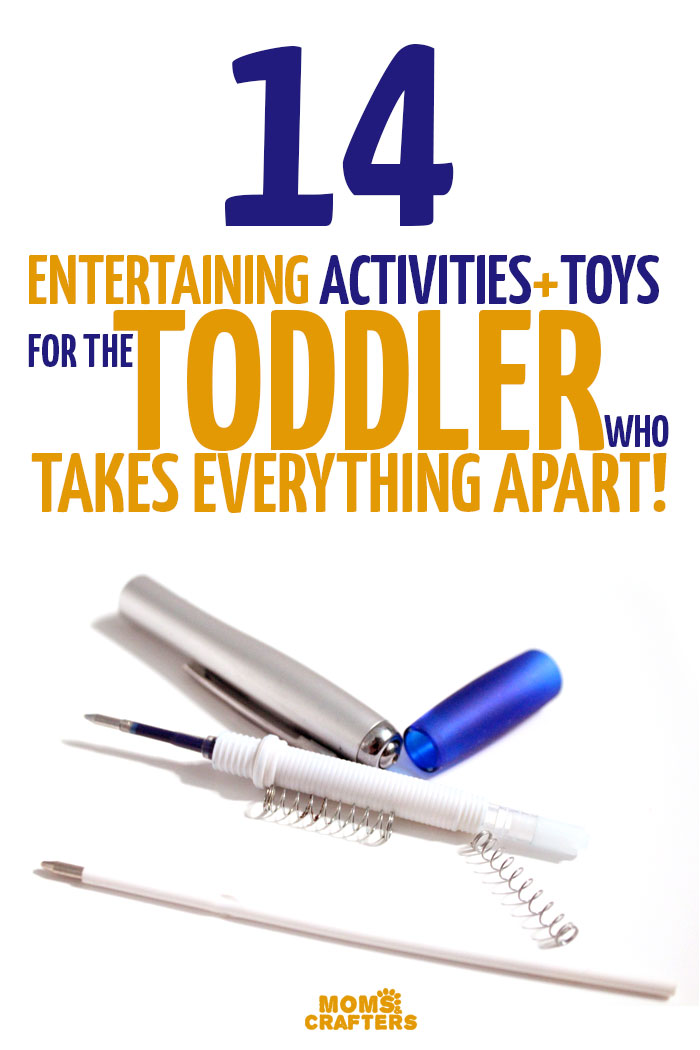 Yeah, it was frustrating to have to hide any pen I wanted to keep from my toddler. But I understood that it’s how he plays, and I just let it go.

Not a pen survived.

Then it started to become destructive. It started with my tripod. It continued with my husband’s cologne spray (the stink!) M would take apart anything in sight… 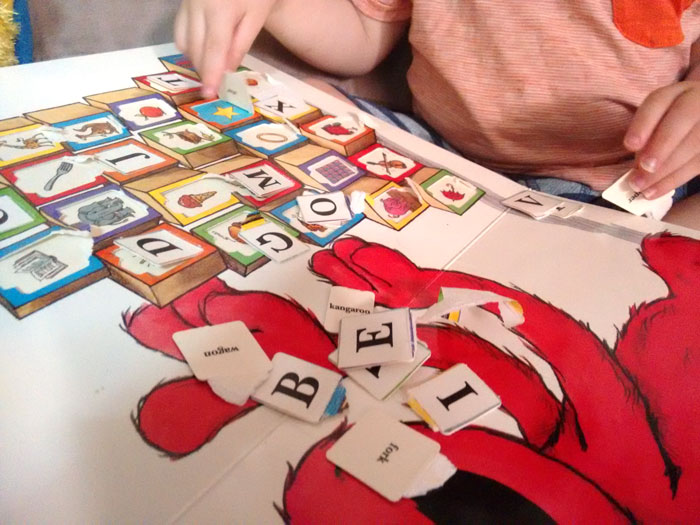 I didn’t mind the behavior in the sense of destructiveness on his part. I understand that it’s how he plays. M has been inquisitive and observant by nature from the newborn stage. People were amazed at how alert he was, and how he noticed everything. He fingered things early. It’s simply built into his personality – and even his talents and skill set!

But I wasn’t sure how to channel that part of his nature. So I outsourced and asked some fellow moms.

To start with, I was reassured that many people who show such signs (according to testimony from fellow moms – I don’t have scientific backing or statistical data for this) end up being brilliant engineer-types.

For a while, I had focused on activities for M that focused more on assembling and dismantling than actually creating something. He had a few favorites, which I will share with you here, but we were running out and I needed more solutions.

I will share with you here as well some more activities that fellow moms suggested to help channel the tinkering nature into something constructive (or at least not destructive.)

Disclaimer: I do not take responsibility for the safety of these activities. Know your child and your child’s nature before trying these. If your toddler is under three and still puts things into his or her mouth, you probably want to avoid these. Always be within arm’s reach when doing these activities.

4 Adapted activities for the toddler who takes everything apart:

I started off with adapting favorite activities to suit him better. The idea is to focus on making the simple put-together-take-apart process fun for him, and constructive. So I took some top kids activities and made it more suitable for his tinkering nature. 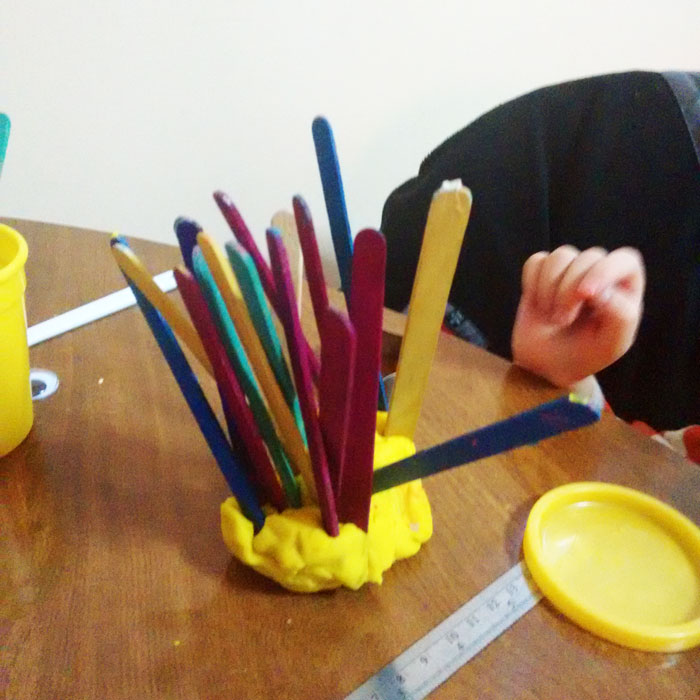 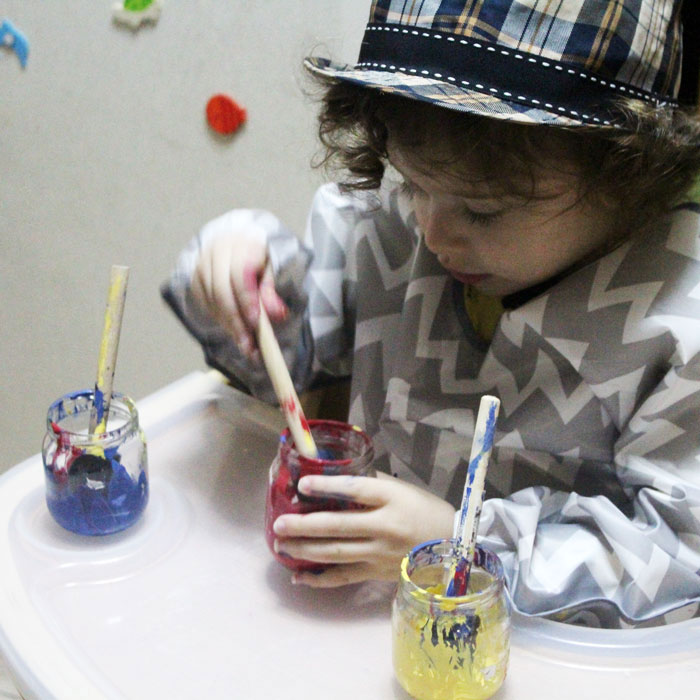 6 Tinkering activities for the toddler who takes everything apart:

The common thread among the advice I received was basically structured (but child-led) tinkering activities. You can read about tinkering on Tinkerlab – she gives a good background there along with some other activity ideas. 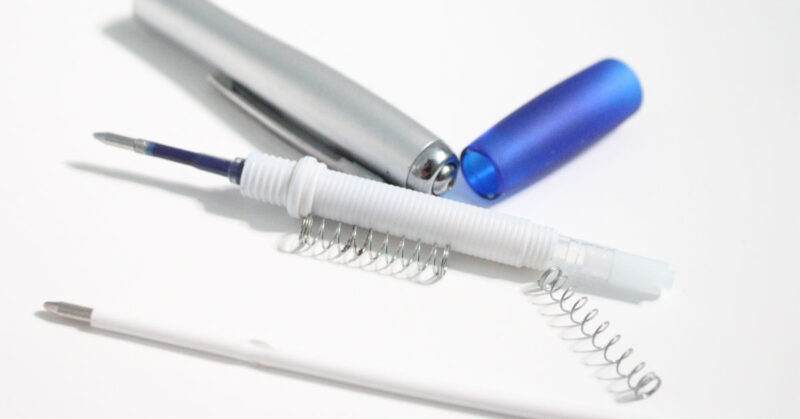 4 Perfect toys for the toddler who takes everything apart:

While I wanted to add more activities to my list, I also want some more things he’ll actually play with during free play time. Usually, that’s when he goes the craziest, finding things from around the house to destroy (especially his toy cars). We have a few (as you’ll see below) but it’s time to refresh and add a couple.

While any building toys can work, it seems like some do better than others. 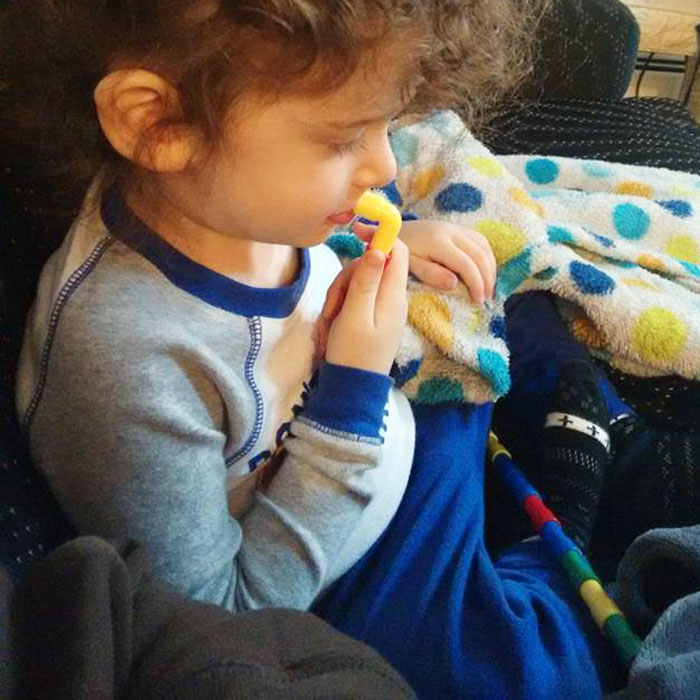 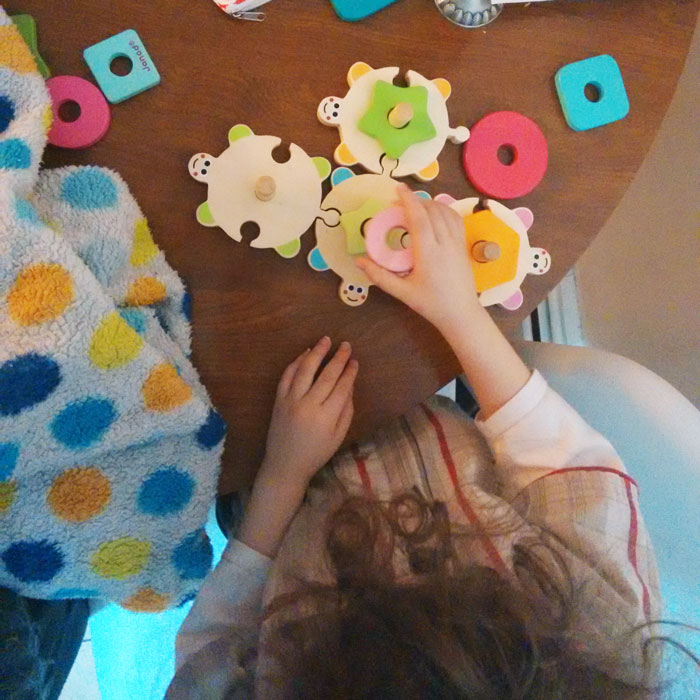 That is all for now! I hope that I have helped you regain a bit of your sanity, as my fellow moms have helped me!

Do you have toddlers who take everything apart? Which activities or toys work best for you? Comment below! 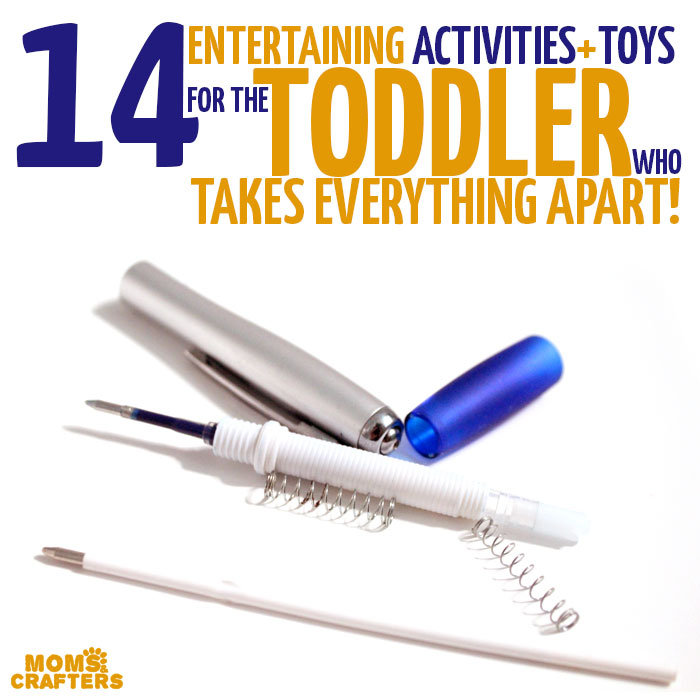 Hi Holli, my son is now four years old and he does well with a lot of these. For the play dough, we just add a lot of stuff to the mix - wax sticks, plastic knives, googly eyes etc. Beading and threading is another great one - you can do chenille stems with buttons, or even pony beads - eventually move on to strings. ADvance the difficulty as your child grows older. A lot of the tinkering activities are great for preschoolers too - my son loves the little tinker kit I made for him with little bits and pieces. I let him poke small picture-hanging nails (with supervision) into Styrofoam and it's very entertaining for him. The toys are also still great for him at this age - the only one which he's outgrown at the preschool stage is the stacking turtles. Now we've moved onto basic puzzles - and he loves them!

My younger daughter (almost 4yo) is exactly the same way! A really awesome toy fell into our laps a couple of weeks ago. It's by Battatt, I think, and it's a fish/airplane/boat you can take apart and put together in different ways. It even comes with a tiny working drill! It was a birthday present for our 6yo, but our younger daughter commandeered it right away. :)

Oh, this post brought back memories of a frustrating but fascinating time in my son's life! The pile of pen parts...oh how I know about that! There was never an intact pen because he kept losing the springs!! But wow, did his brain ever work! It was fascinating, when it wasn't exasperating! And yes, the first day he was born, we could see the wheels already turning in his little head! So alert. Hang in there: my tinkering toddler turned into a tinkering 10-year old, and it is true, he has a mind-boggling engineer brain. (Not to scare you Moms out there, but I should mention the "5-year old who wants to build and test a working submarine/helicopter/hang glider" stage!!! Or the 8-year old who thinks Grandpa will lend him the engine out of his car so he can build a go-cart...Yep, that was tough, but now it is a lot more fun since he has enough maturity to build freely without quite as much danger to himself! He still has an endless list of projects he would like to build, and I have learned to collect all the free and cheap/recycled parts I can and just let him run with it (most of the time). He has come up with a lot of useful and practical ideas, and he is often making gifts (albeit sometimes unconventional) for others, which is great! I wish I had some of these toys back then...we did have the take apart vehicle toys, and a lot of nuts and bolts, etc. (the easy Meccano sets are great too!) Just have fun and enjoy the ride! (hopefully not in some back-yard rocket-powered vehicle he invents, LOL)

It's so good to hear from a parent who's past it! Thank you for sharing :)